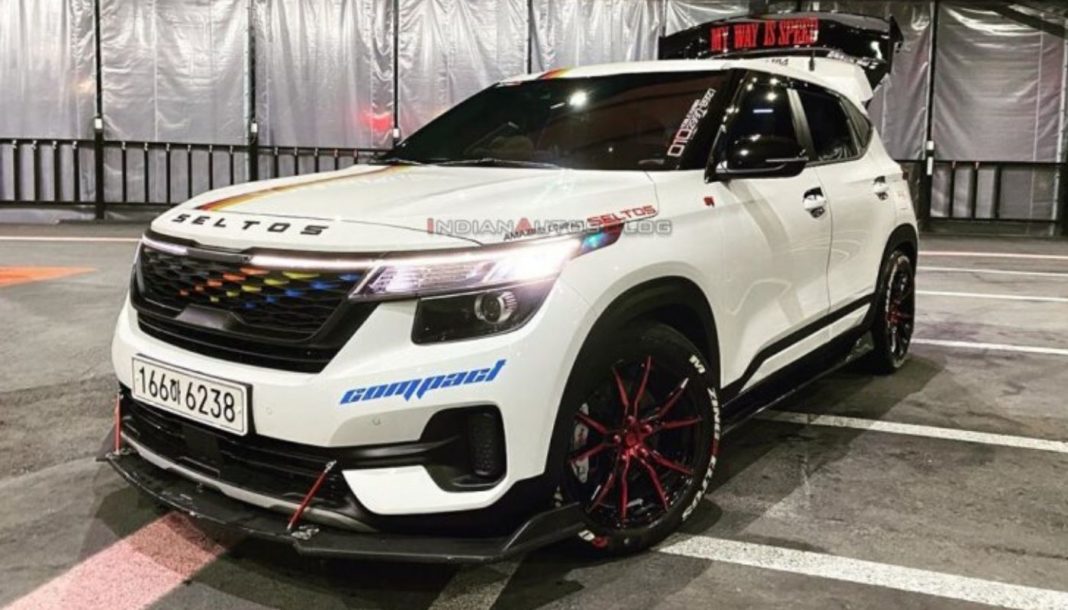 A number of custom jobs are performed on this Kia Seltos including a retuned suspension, upgraded exterior and interior

Kia Motors India debut in the domestic market with the Seltos by the middle of last year and it quickly rose to fame by becoming the top-selling mid-size SUV in the country by beating Hyundai Creta. The Seltos is acknowledged for its three powertrain choices and packed features list against its competitors.

The Seltos has also been liked by its owners due to its stylish exterior pertaining to the latest design language followed by the brand. Here is an owner who has taken his Seltos to the absolute next level with a host of modifications inside and out. The heavily personalised Seltos is easily one of the best we have seen yet.

The extensively modified Kia Seltos with a huge rear wing brings rally cross vibes and the lowered down stance comes courtesy of an aggressive body kit with black underbody spoiler. The suspension has been retuned and the black front grille is painted in three contrast colours. The body surface also has different decals to give a street stature. 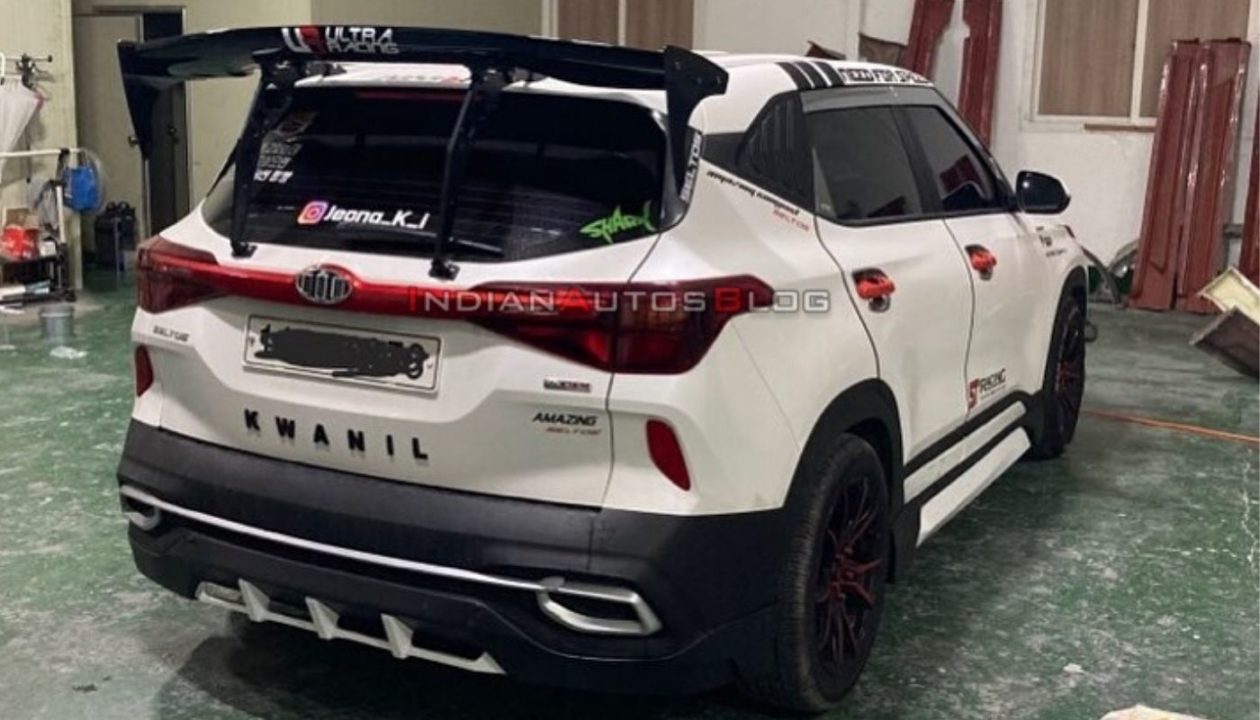 The A-, B- and C-pillars are blackened and the SELTOS branding can be found on the edge of the bonnet structure. Other key custom highlights include a set of new red-painted alloy wheels, red coloured door handles on one side and white on the other, sporty side sills and LED Daytime Running Light strips just above the LED headlamp cluster.

Based on the Seltos Prestige grade, it comprises of blue lighting across the instrument cluster, centre console and dashboard along with floor lighting. In the international markets, the Seltos can be had with 1.6-litre petrol and a diesel engine. The petrol version develops 177 PS and 265 Nm and an all-wheel-drive system is an option.