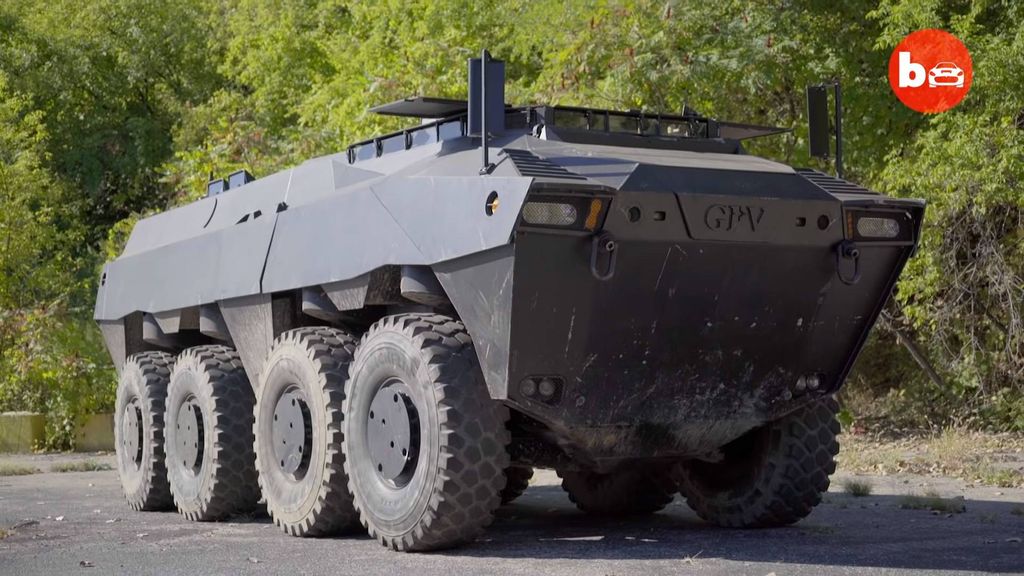 Honestly, who would have ever thought that someone will actually purchase an eight-wheeled military-spec armored personnel carrier which can also be used on the streets? Meet Mr. Ted Yadlowsky he along with few of his friends actually bought the GPV Colonel which is basically a road legal army spec truck manufactured by a company called General Purpose Vehicles located in Michigan US.

GPV is an auto manufacturer who specializes in military vehicles and has built a number of them in the past. The GPV Colonel can not only break through buildings and walls but is also an amphibious vehicle by nature.

To make things easier for the owner the huge armored truck has pumps which can help it cross any water body in no time without drowning. On land, the Colonel Uses spiffy differential lock which sends power to all the wheels at the same time that helps the truck to successfully overcome any terrain.

If you thought that this is an expensive machine and is a waste of money then wait till you hear this. The 8 wheeled monster comes fitted with mirrors, turn signals, headlights, and stop lamps at the rear and is under 102 inches long which makes it completely street legal vehicle in the US.

The engine is located towards the center of the vehicle which helps in reducing its infrared heat signature and also allowing more cold air from the air conditioning system to pass through and cool the engine.

Inside the vehicle, there is plenty of space for at least 10 people at the rear while there is an additional seating for at least 4 people towards the front. The vehicle helped a lot of people when Hurricane Katrina hit the US soil. Although the owner doesn’t use this vehicle on a daily basis the GPV Colonel did make its presence felt in Hollywood action movies.