Gaadiwaadi.com
Home Cars News This Slammed Swift Will Gobsmack You Unlike Anything Else! 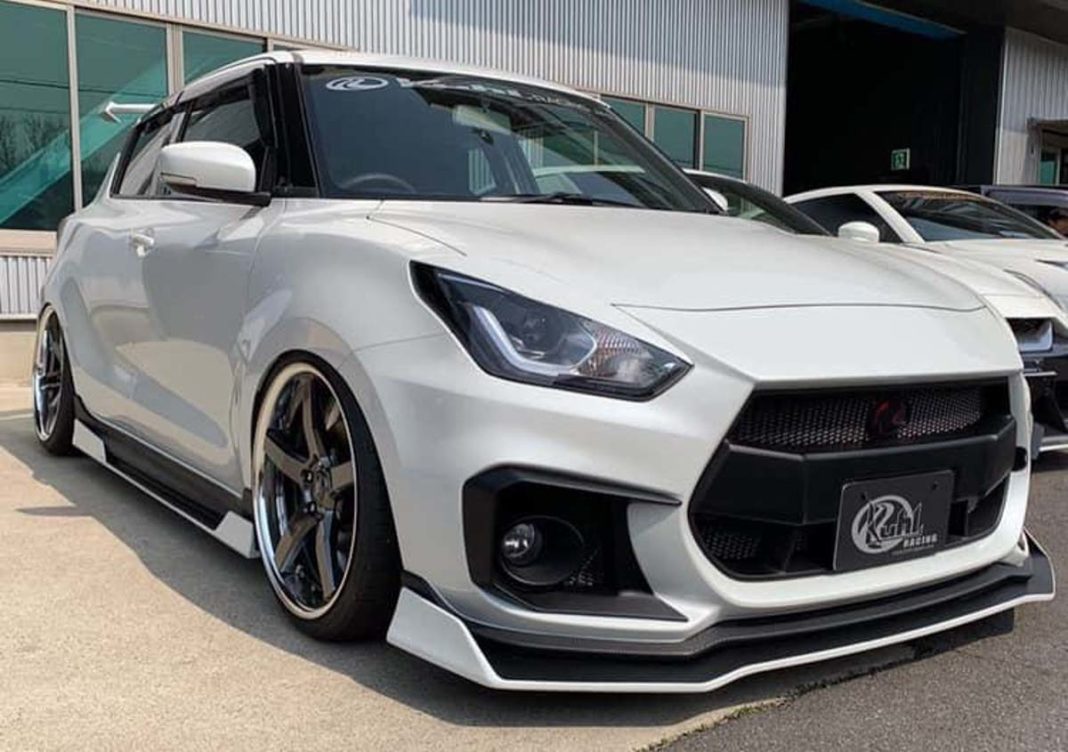 The exquisite body kit, slammed suspension and aggressive diffuser make this customised Swift a stunner to look at

There is no denying the fact that the Swift nameplate brought a new breed of enthusiasm into Maruti Suzuki’s domestic lineup when it was first introduced in 2005. It became so popular and was considered a symbol of sporty hatchback with nimble driving characteristics while not letting go of the economic factor.

Over its nearly one and half decades of presence in India, the Swift’s market reception went over the roof and Indian customers accounted for more than a half of the hatchback’s total global sales. Like all the best-selling models, the Swift needed a comprehensive makeover and plenty of work was put into it by Suzuki’s Japanese HQ and other design centres to carry on with the success of its predecessor. 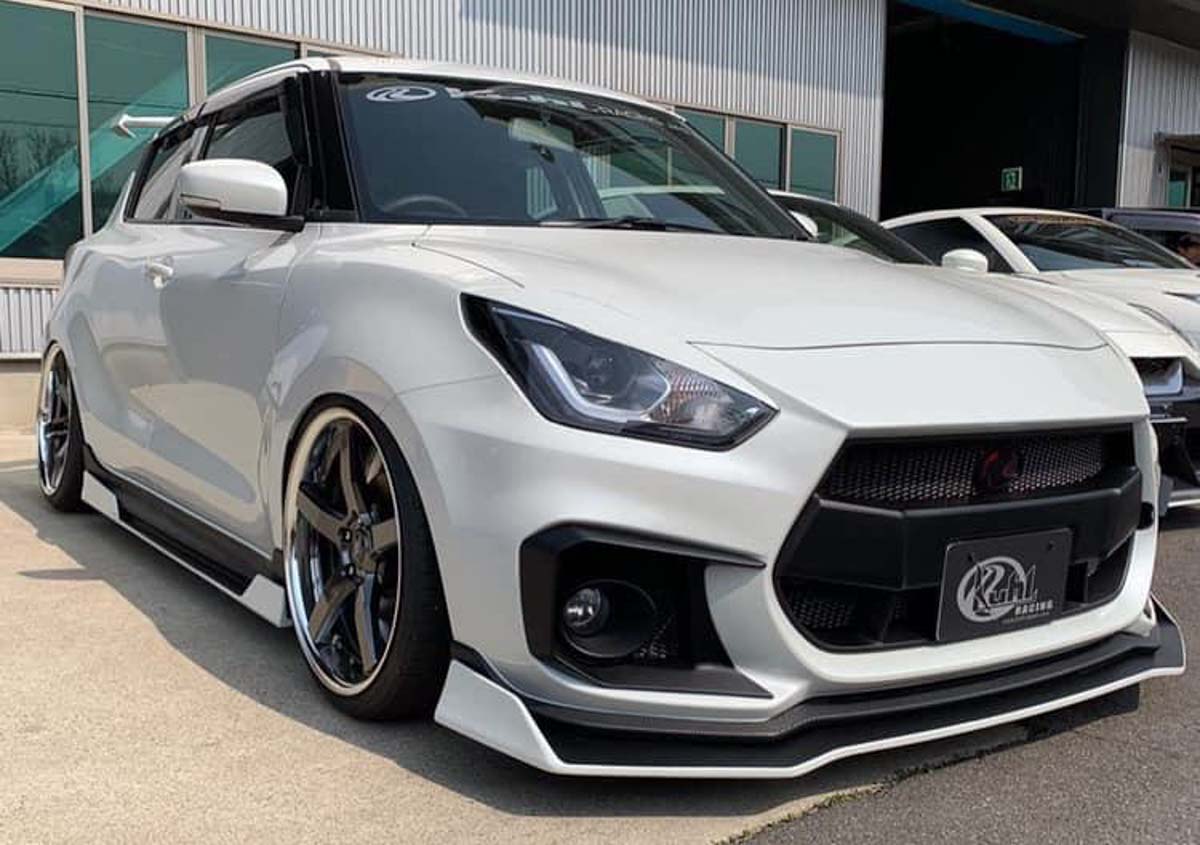 It has lived up to the expectations and following its debut in Japan and Europe, Maruti Suzuki introduced the lightweight Heartect platform based Swift at the 2018 Auto Expo less than a year after the subcompact sedan sibling, Dzire was given a new-gen upgrade. The third generation Swift set a new record of being the fastest ever model in the domestic market to reach one lakh bookings in no time.

However, the advent of the Swift Sport version never came into fruition and India could get the RS-badged Swift in the near future with 1.0-litre turbo Boosterjet engine from Baleno. The standard Swift Sport sold internationally uses a 1.4-litre turbocharged Boosterjet engine which is good enough to produce a maximum power output of 140 PS and 230 Nm of peak torque.

The Swift has been renowned not only for being a nimble handler but also the suppleness to be able to adapt aftermarket personalisation. The Kuhl Racing Japan’s Suzuki ZC33S Swift Sports is a testament to how well the Swift can be modified with investment of good time and money. It gets an aggressive body kit all around with a striking front fascia boasting angular grille and bumper section. 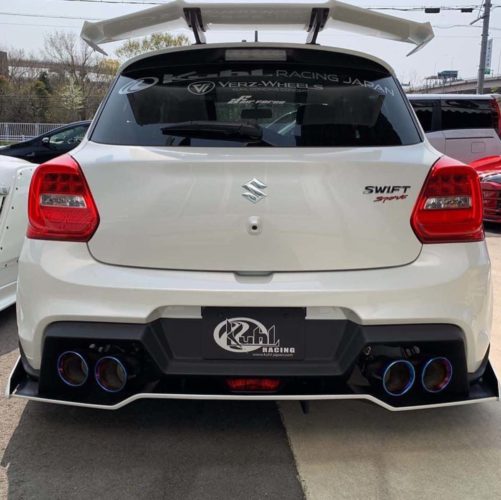 The JDM mods are second to none and this customised Swift just proves that with modified diffuser and lowered suspension giving a slammed demeanour to the hatchback. The rear also gets a huge wing mounted on the roof and the round-shaped exhausts pipes are four in number. The under lip spoiler enables a chiselled overall look while the five-spoke alloy wheels add extra grunt to the souped-up design.