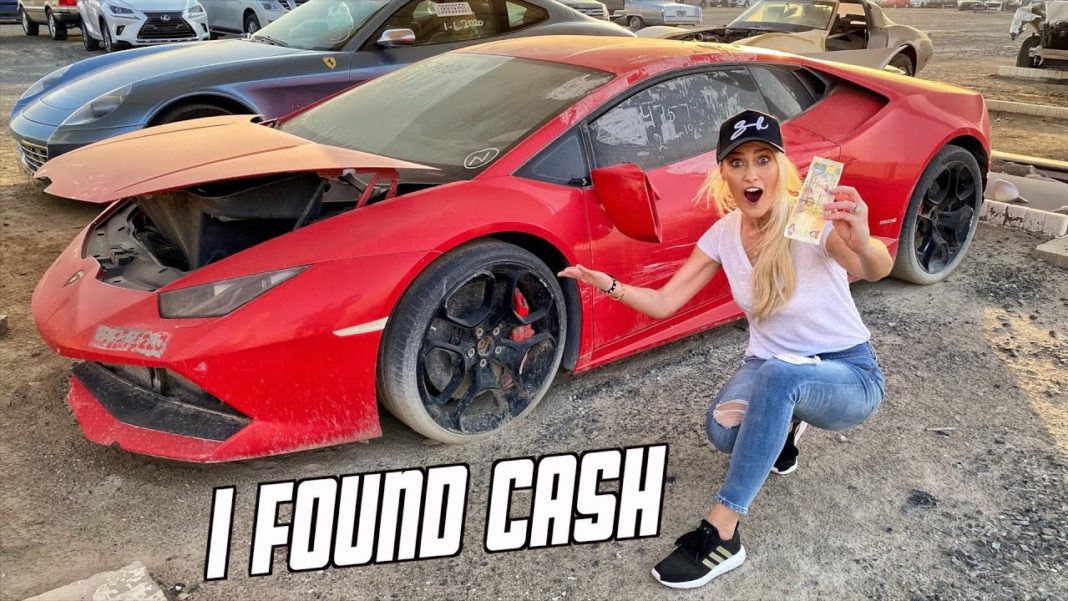 Dubai’s scrapyards are filled with high-end luxury and sports cars that have either been involved been in a pretty bad accident, or the owner couldn’t pay up the car loan

Apart from many other things that Dubai is famous for, it is a haven for car enthusiasts. The city is filled with exotic high-end cars that most of us can only dream of. However, with a lot of high-end cars on the road, it also means that their scrapyards are pretty exotic too.

Supercar Blondie, the Australian social media celebrity and vlogger, went to check out one such scrapyard in the city where wrecked high-end luxury or sports car end up, before being sold in an auction. Take a look at her vlog from the scrapyard –

While many cars seen in the video are totaled, it should also be noted that not all cars that end up in such junkyards are damaged. Some of them ended up there because their owners couldn’t afford to pay for them anymore, and have been confiscated.

Cars that the YouTuber goes on to find include a 2014 Rolls-Royce Wraith, which because of its absolute wrecked state, was selling for a mere $2. Touted as one of the most opulent cars in the world, this Wraith looked pretty decent from the inside, but was an absolutely heart-breaking sight to gaze at, from the outside.

Then she goes on to find cars like a 2015 Lamborghini Huracan, a 2015 Mercedes-Benz AMG GT S, and a 2006 Ferrari 612 Scaglietti, all of which would steal a lot of gazes when being driven on the roads, but were lying unattended here, fully covered in dust.

Later on, she moves towards SUVs and goes on to find a white new-gen Mercedes-Benz G Wagon, which seems to be in mint condition. The SUV’s almost as good as new interiors are a shocker for the YouTuber, and she goes on to show all the carbon-fibre trim that has been equipped on the car.

While a majority of these cars seen in the scrapyard will never hit the roads again, it could be prove profitable business if you’re lucky enough to get one of these at a bargain, and then sell its spare parts later.