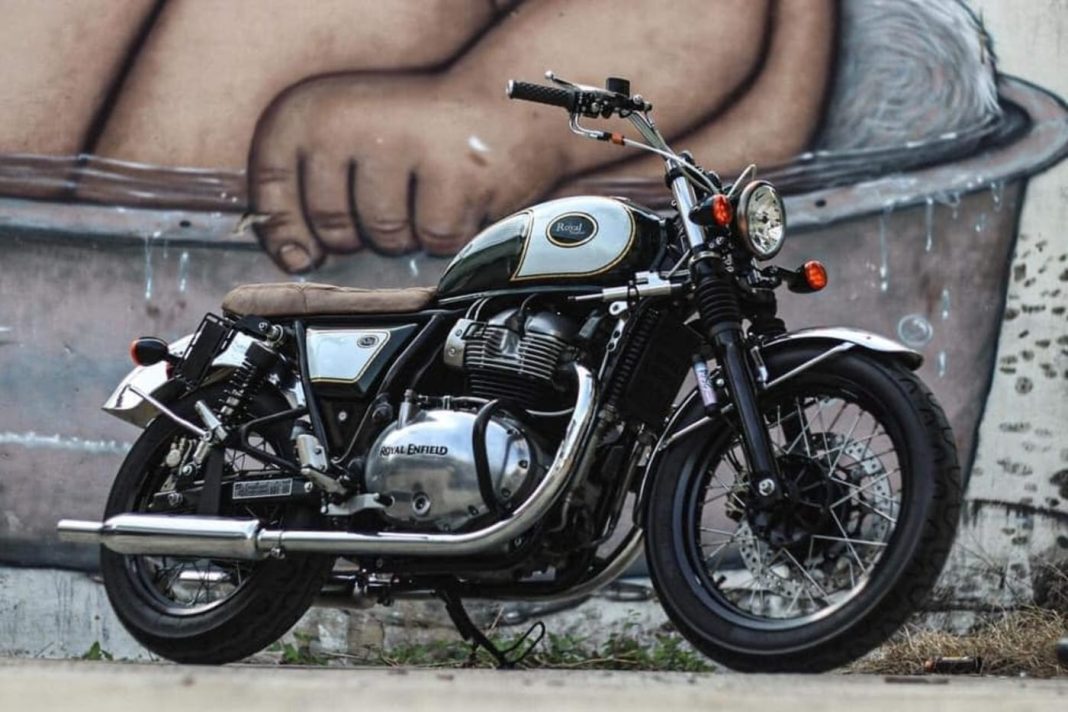 Check out this Royal Enfield Interceptor 650, which has been masterfully customised with an 80’s era paint style and a tidy look

At the front, we see a new fender and a new pair of LED turn indicators. The instrument cluster has been removed from above the headlamps and placed below the fuel tank on the left side. The motorcycle also gets steering dampers, which is great, as the Interceptor’s handling gets a little nervous at high speeds. The handlebar is new as well here, as are the switchgear and controls on it. 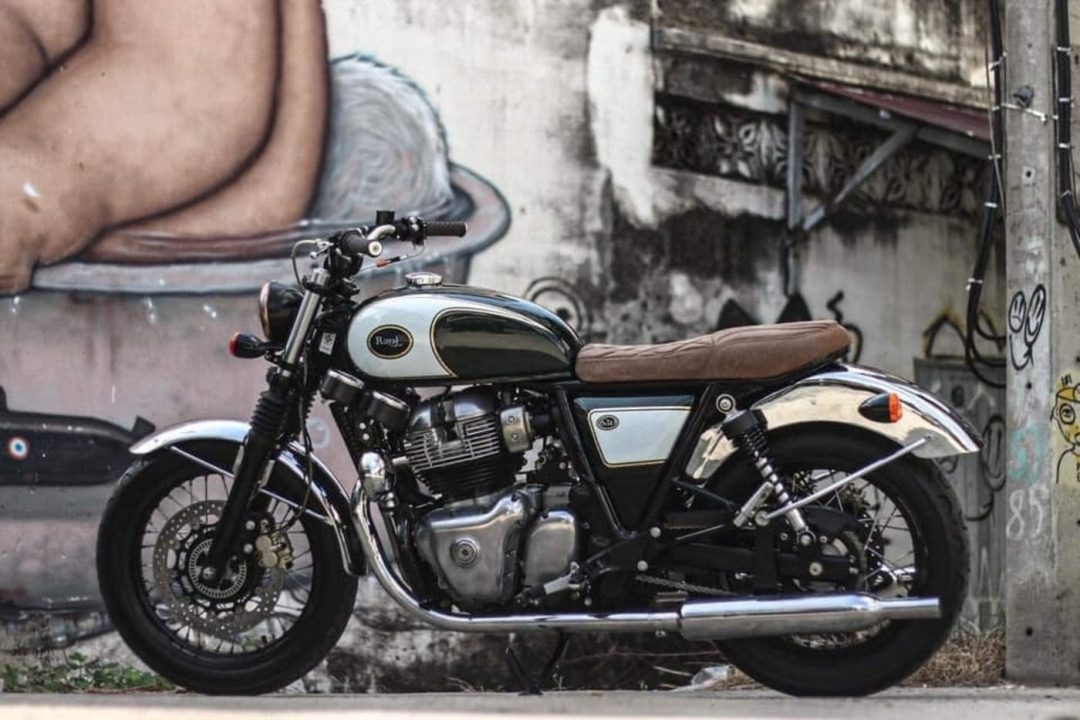 The fuel tank and side covers get a beautiful dark green and white paint job, with golden pinstripes, which gives the motorcycle a proper retro feel. We also see custom “Royal Enfield” branding on the fuel tank and “650” branding on the side panels. The rear fender is a custom chrome-plated unit with aftermarket LED turn indicators popping from the side.

The motorcycle’s frame has been shortened at the tail end, and a custom single-piece seat has been installed here. The brown seat adds even more vintage flavour to the mix. It also gets a pair of blacked-out alloy wheels, which look great. Other than that, we also see that the bike gets a pair of custom bottle-style exhausts, perfect for a Royal Enfield. 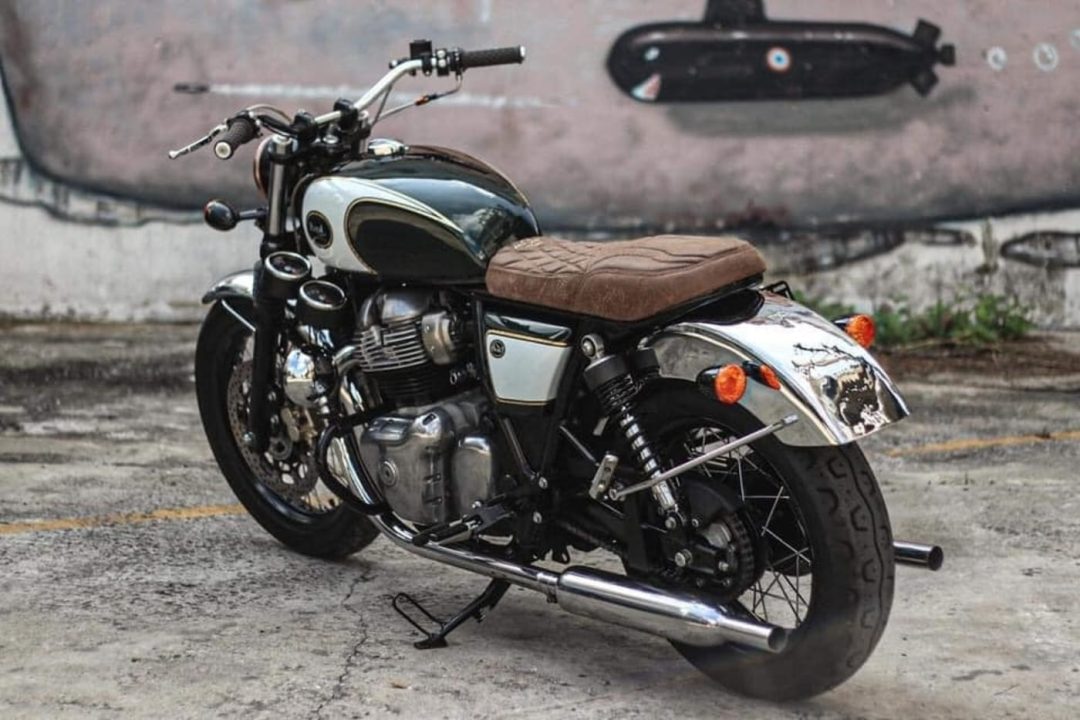 The styling of this custom-built Royal Enfield is extremely impressive. We’re not sure of any changes or mods to the powertrain of the motorcycle. As stock, an RE Interceptor 650 can generate 47.65 PS and 52 Nm from its 648cc parallel-twin engine. This mill comes mated to a 6-speed sequential gearbox, with a slipper clutch available as standard.