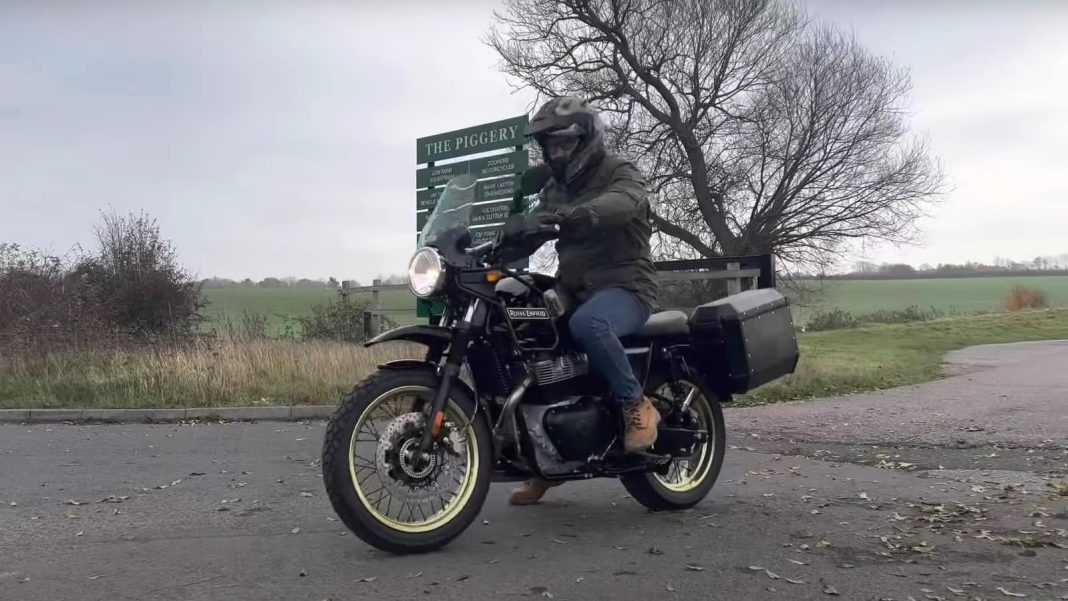 Check out Interlayan 650, a Royal Enfield Interceptor 650 that wears an RE Himalayan body kit, built by UK-based Cooperb Motorcycles

Royal Enfield Interceptor 650 was first introduced back in 2018, alongside the Continental GT650. Both these motorcycles have been enjoying a lot of sales success, not just in India, but in several international markets as well. In fact, we’ve been seeing a lot of modified RE 650 twins built in India as well as overseas.

Here, we have a customised RE Interceptor 650, which has been transformed into a Royal Enfield Himalayan lookalike! This custom motorcycle – cleverly nicknamed Interlayan 650 – has been built by Cooperb Motorcycles, and a video of it has been uploaded on the workshop’s YouTube channel. Said video gives us a close look at the Interlayan 650.

The motorcycle started life as a regular Royal Enfield Interceptor 650, as stated in the video. The fuel tank, front subframe, headlamp, and front fender are taken directly from an RE Himalayan. The suspension on the bike is new as well, as are the golden-finished wire-spoked wheels (shod with dual-purpose tyres).

The front visor is also taken from a Himalayan, although the instrument cluster of the Interceptor 650 has been retained. The bike also gets an aftermarket ADV-style handlebar, with a brace, a pair of knuckle guards, and aftermarket rear-view mirrors. At the rear, the bike gets a custom mount for the panniers and a top box.

A custom two-in-one exhaust system has been designed for this motorcycle, but it is still routed from the bottom of the bike. Also, the engine assembly has been partly blacked out, which goes well with the all-black body panels. The mod job isn’t complete yet, as per the host in the video; the seat will be replaced, the side/centre stands will be changed, and body graphics will be added. 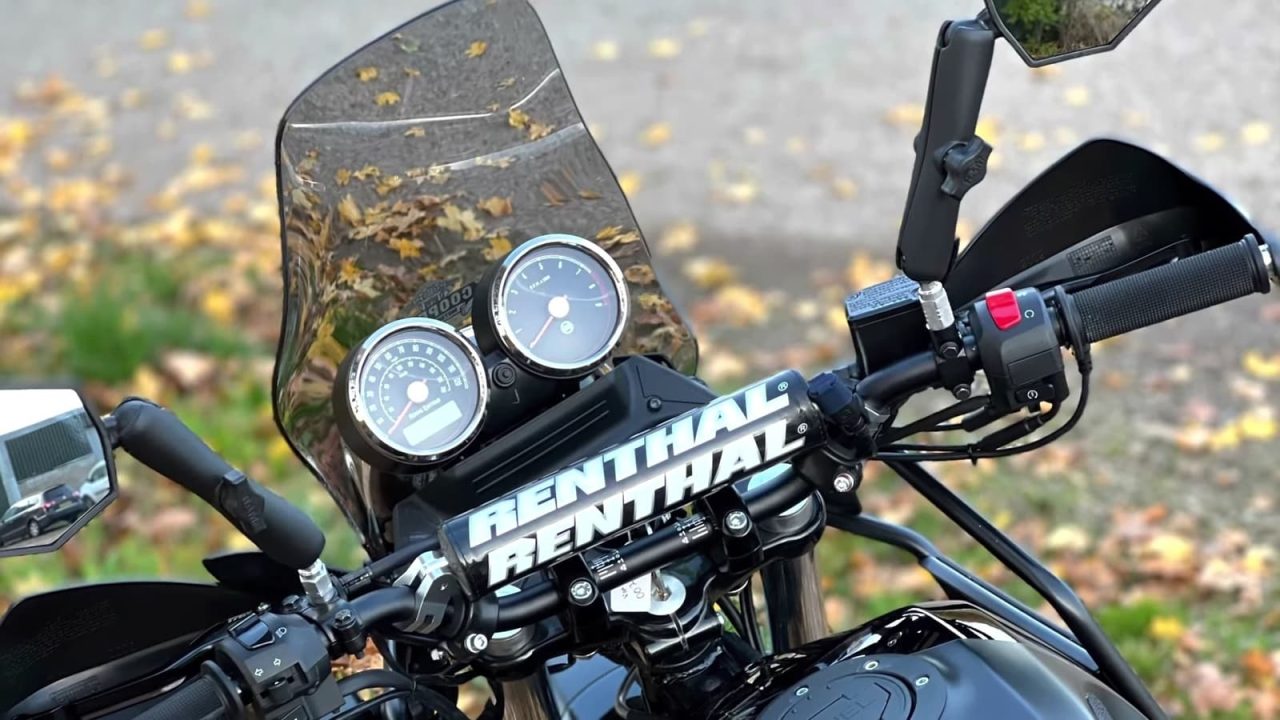 This is surely one of the most interesting custom-built Royal Enfields we’ve seen. Instead of being outlandish or flamboyant, this custom bike is subtle and inconspicuous! Of course, an RE Himalayan with a 650cc engine is a great idea, and as per speculations, Royal Enfield is already working on something along these lines.