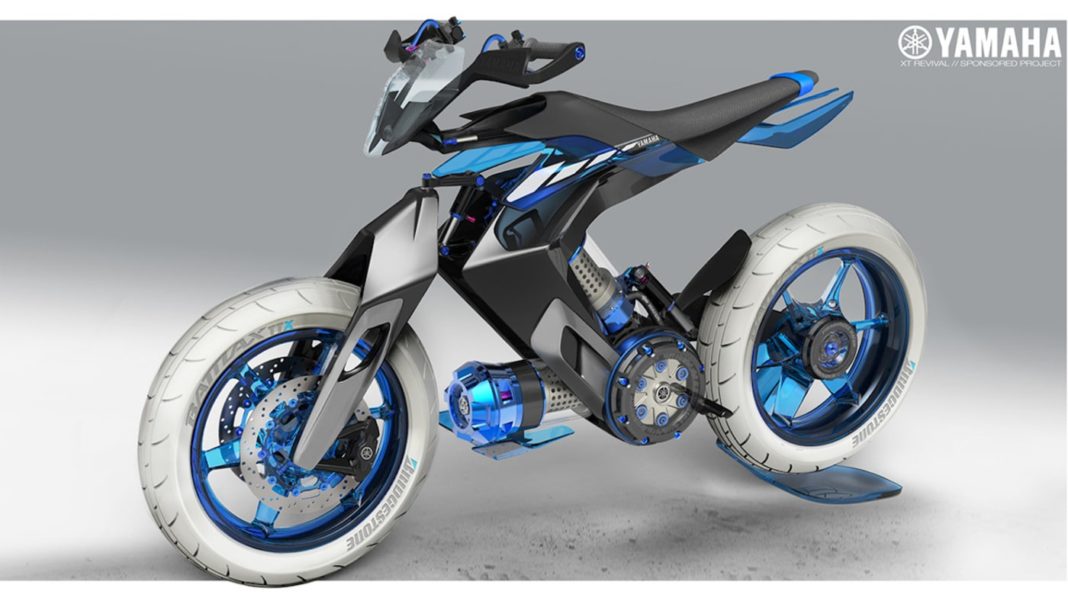 Even by concept motorcycle standards, Yamaha has showcased something that is as confusing as it is intriguing

Yamaha XT500 was an extremely popular endurance-style motorcycle, built by the Japanese manufacturer from 1975 to 1989. It was powered by a 499cc single-cylinder, which generated a peak power of 26.5 PS and a maximum torque of 38 Nm, paired to a 5-speed sequential gearbox.

Nowadays, with auto manufacturers reviving old names for their modern vehicles, it isn’t a surprise to see Yamaha do it as well. What’s surprising though, is the motorcycle itself. Everything about it, from the design to its powertrain, is utterly and extremely outlandish, but in a good way. Although it’s just a concept motorcycle, it represents a potential future for the global motorcycle industry.

This concept motorcycle was designed by Maxime Lefebvre, an Austrian designer, under commission by Yamaha. Lefebvre took inspiration from the original 1975 XT500, basically re-imagining it in a futuristic avatar. The bike is extremely compact and minimalistic, with some interesting features worth noticing. The front end of the motorcycle sports a duo-lever-type suspension (like on the now-discontinued BMW K1300R). 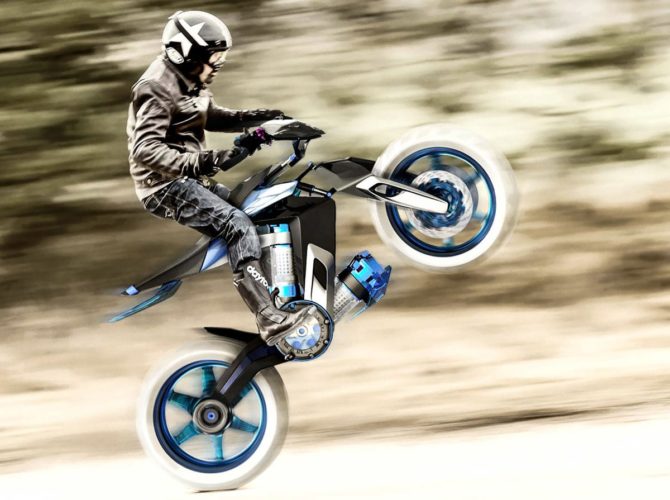 Apart from that, it also sports a single-sided swingarm and a monoshock suspension setup at the rear. It also gets a weirdly-placed handlebar and a small LED headlight. The motorcycle also gets an extremely thin single-piece seat, much like a dirtbike. The wheels and tyres look quite unique as well, coloured in blue and white, respectively. The tail section features a tiny LED brake light and a twin-pronged mudguard, the latter of which is only there for aesthetics.

However, the biggest highlight of this concept is not its alien styling, rather its powerplant. The Yamaha XT h2O runs not on fuel, but on water, and not in a hydrogen-combustion manner! It uses a closed-loop system that pressurises the water, to inject it into the ‘water engine’ (a turbine), which then turns the rear wheel. 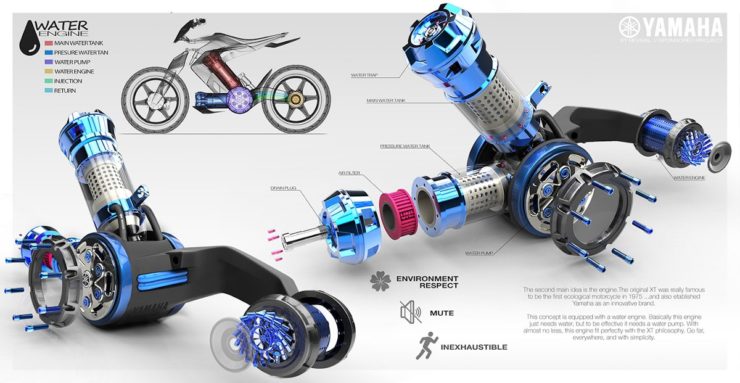 Yamaha hasn’t released any official statement regarding the pursuit of the production of this concept bike. That said, this concept could spawn a future dual-sport, which might derive inspiration from its styling, but be powered by either a petrol engine or an electric motor.