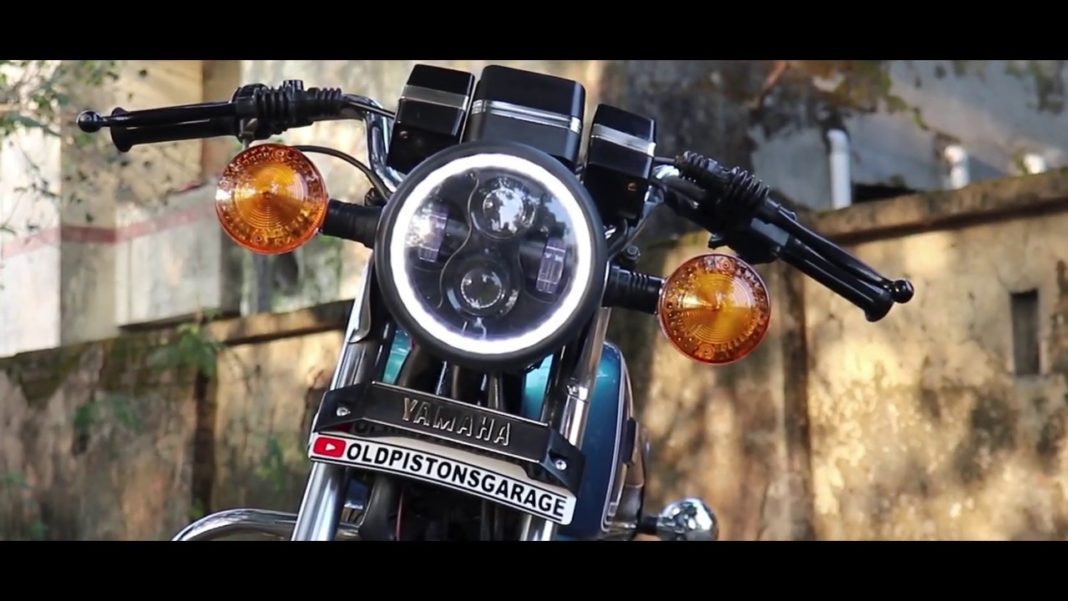 The RX100 nameplate defined Yamaha brand back in the day and it has a cult following all along. When the Rajdoot 350 was nearing the end of its lifespan, the Japanese company needed a new star and the success of Suzuki AX100 laid the foundation for more two-wheeler brands to go with a series of small capacity motorcycles.

By the end of 1985, Yamaha debuted the RX100 with much anticipation as its performance and sleek appearance did draw plenty of attention, let alone the unique exhaust captivating youngsters. It was popular among racing enthusiasts and had been a darling in drag racing scenes as it was subjected to mechanical modifications.

The single-cylinder two-stroke engine was a masterpiece and in its stock form developed around 11 horsepower at 7,500 rpm and 10.39 Nm of torque at 6,500 rpm, and was paired with a four-speed transmission. Currently, you could see many RX100s running in pristine condition and it is still revered by people of all generations.

Additionally, its suppleness to customisation has been well documented as well. We have shown you examples of some of the hotly modified Yamaha RX100s and here we have another one which definitely worth a mention. A YouTube video posted by Old Pistons Garage shows how Yamaha RX100 is restored.

Since the RX100 is taken to restore stood the test of time, the rust sediments were a big problem across the bodily surfaces. The components are stripped off the motorcycle until the chassis can be worked upon and they are restored separately. For instance, the old chrome-plated mudguard was buffed and presented as brand new.

The paint scheme is also new as the red colour was replaced by blue shade. The engine area, side panels and fuel tank were repainted while a projector LED headlamp with Daytime Running Light, brake lever, clutch and handlebar were also new. The addition of new rims and suspension meant that the restored Yamaha RX100 became a sight to behold.