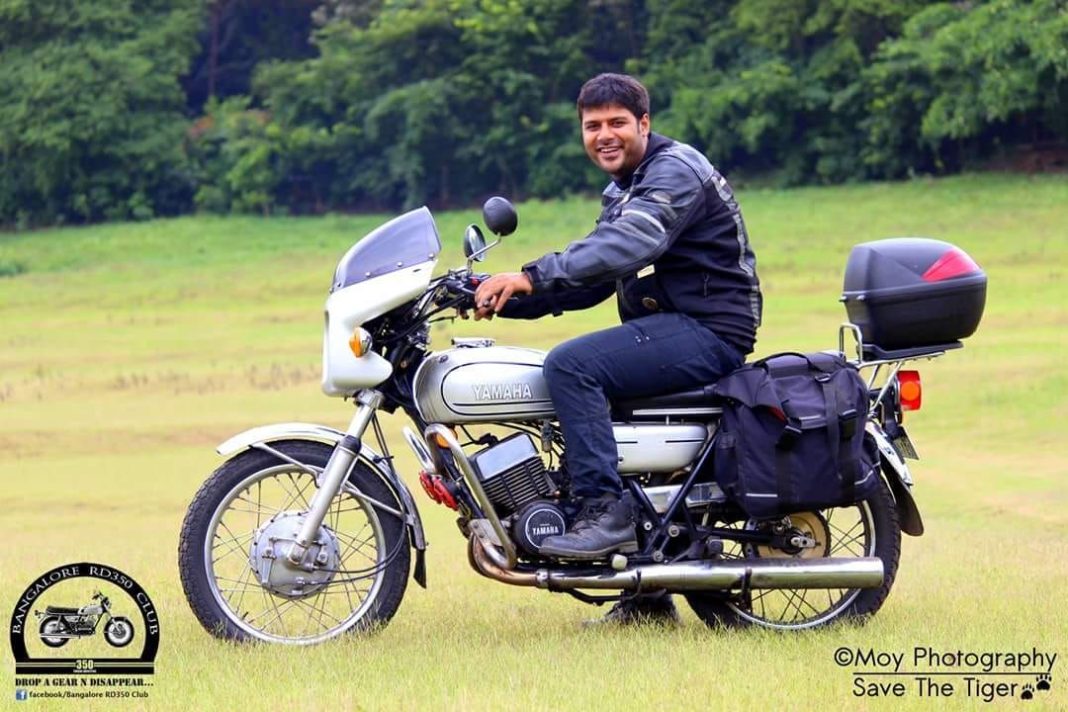 Vishal Agarwal is a huge motorcycle enthusiast from Bangalore and although he is young but has a liking especially towards retro motorcycles. Believe it or not but this young guy owns not one or two but at least 20 retro motorcycles.

The motorcycle was first purchased by Vishal’s father back in 1985 and was used on a regular basis till until 2002. After almost 5 years in 2007, Vishal decided to restore the motorcycle to its full glory. He even formed a Yamaha RD 350 club in 2009 which now has more than 1,500+ members and over 1 lakh followers. 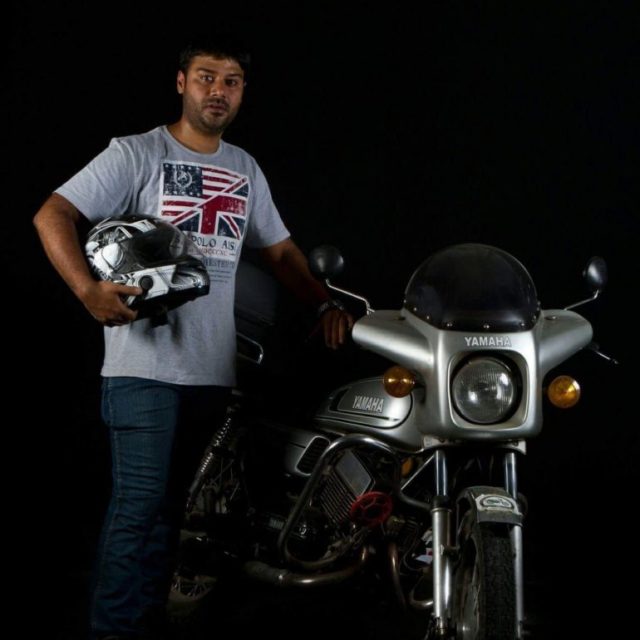 The motorcycle which he restored is in full working condition and Vishal himself has ridden the absolute gem of a machine to many distant places including Goa, Hampi and many more.

This particular RD350 like we said has been finished in Silver and even gets a semi-fairing with a taller windscreen to protect the rider from windblast. Vishal like we said often uses this motorcycle for long rides and it is still a reliable and trustworthy machine because all the parts used in the legendary motorcycle are 100 percent genuine and original.

The RD350 still uses the stock conventional, telescopic forks at the front and twin-sided shock absorbers at the rear and also drum brakes at its both ends to bring the motorcycle to a stop. 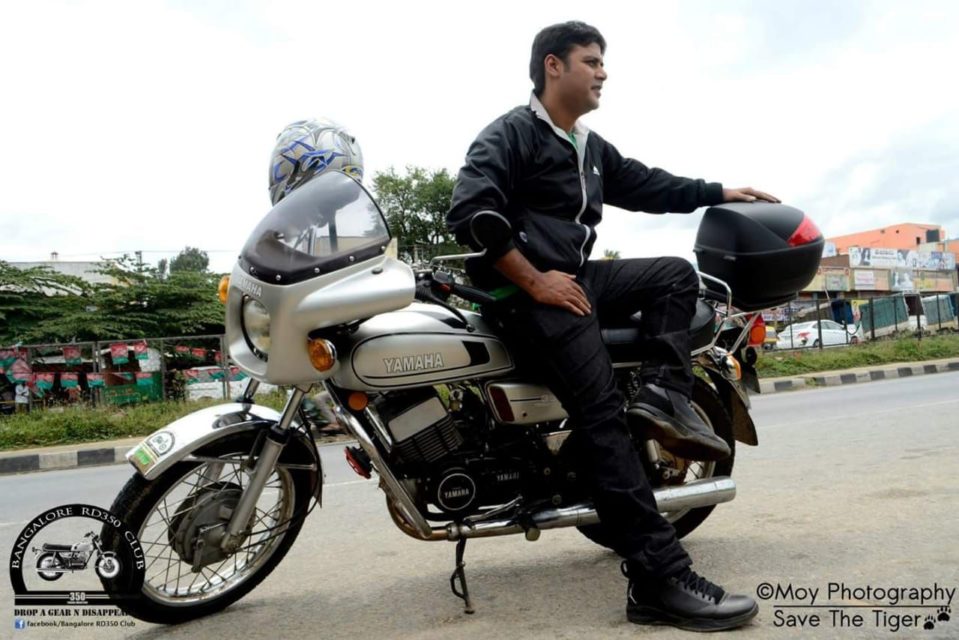 The Yamaha RD350 used to be powered by a 347cc air-cooled, 2-stroke, parallel twin engine which generated an unbelievable 39 Hp back then. The motorcycle was able to reach top speeds of 169 km/h mark which was unbelievable back in those days.