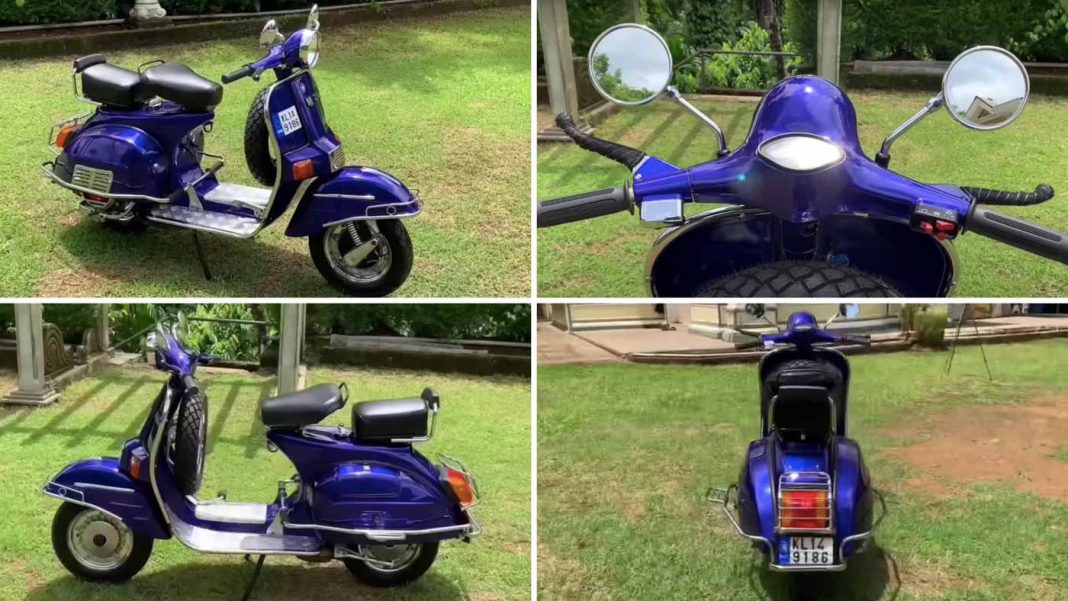 Having said this, here is a 1993 Baja Chetak that has been restored to full glory in Kerala that you should check out. For starters, this restored Chetak 12 Volt Electronic was initially in extremely poor condition and had rust on most of the parts and components.

Moving ahead, we see similar chrome plating on the protective guard rails at the front and at the rear. The body panels however have been painted to a deep blue shade that boasts a strong gloss coat. Other components like the fender linings, headlamp cowl, and ORVMs also feature the same chrome plating and look great from a distance.

What you will also notice at the front is a new stainless steel plate that has been attached to the horn grille. The floorboard now features aluminium plating with proper drain holes to avoid rusting. The spare wheel however has been moved ahead to the front glove area to free up space at the rear and to give it a clean look. Other body panels too have been worked upon to ensure that the scooter functions properly without any hassles. 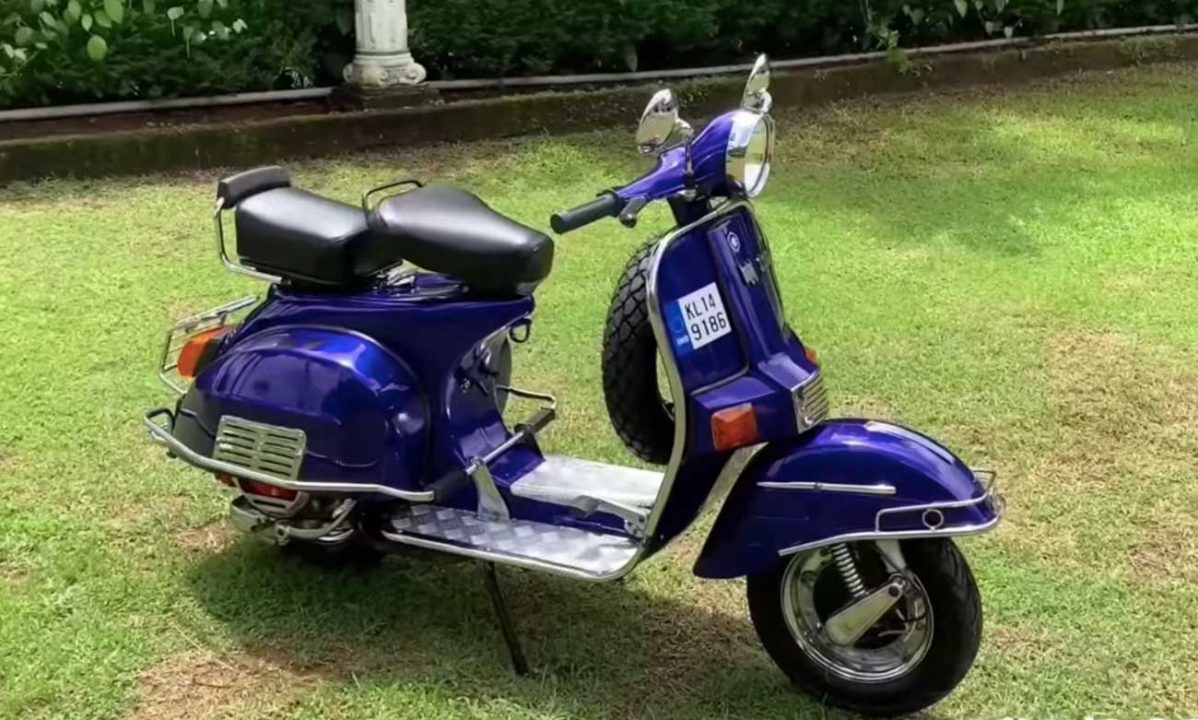 For those wondering, this scooter continues to feature the same 145.5 cc, two-stroke, single-cylinder engine. This engine produced a peak power and torque output of 7.5 bhp @ 5000 rpm and 10.8 Nm @ 3500 rpm respectively. This engine came mated to a 4-speed gearbox and offered commendable performance.