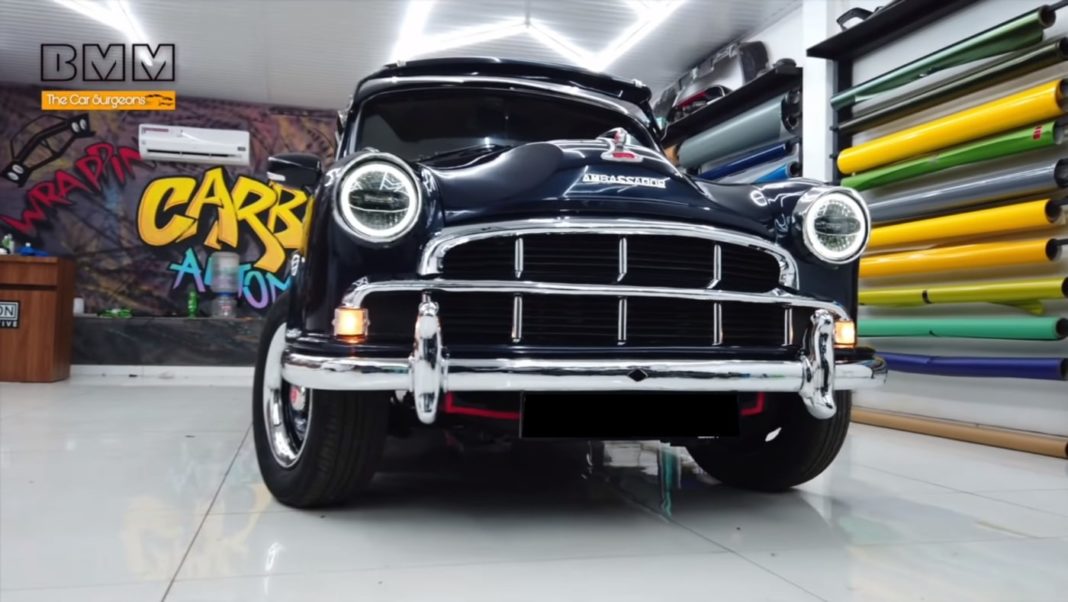 Check out this restored HM Ambassador, which features a custom interior and exterior, and looks absolutely marvellous

Hindustan Ambassador is one of the most iconic names in the Indian automobile industry. It had the longest production run of all vehicles in our market, from 1958 to 2014. Even after its discontinuation, it still enjoys a cult following among enthusiasts. It is quite easy to come across one on the road anywhere in India.

While a few owners have kept their Ambassador in mint condition, others have modified theirs’ for better practicality or aesthetics. Here, we have one such example, which was been restored brilliantly, improving its exterior as well as interior design. The video below, uploaded by Basheer Mixmax, shows us the entire restomod process.

First, the front end of the vehicle is modified; a new front grille and a new bumper are added, which resemble the one on the HM Ambassador mk1 (1957 – 1962). The interior is also stripped down, and the exterior gets a new Royal Blue paint scheme, which looks much superior to the white paint that was on the stock car.

The dashboard gets heavily reworked, and a new centre console is added. A new floor console is added as well, which gets cup holders and additional storage space. The car now also gets a new infotainment system, along with an aftermarket reverse parking camera. Custom seats have also been added to the car, along with a centre armrest for the front row.

The door panels are also lined with leather, and the rear seats get a folding armrest in the middle. Faux wood inserts are added to the dashboard and centre console, which elevate the feel of the cabin. The windows and ORVMs are all power-operated, and an aftermarket centre locking system is also installed. The shiny new rims complete the classic look of the car. 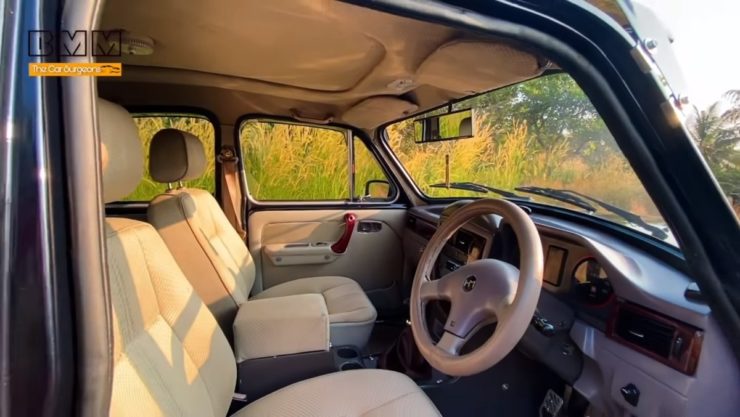 This particular model is a 2006 Hindustan Ambassador, which is fairly new considering the car’s production run. The Ambassador had plenty of engine options available – a 1.5-litre NA diesel, a 2.0-litre diesel (NA and turbocharged), and a 1.8-litre NA petrol. The last one was also available with an LPG kit.