Gaadiwaadi.com
Home Cars News Mercedes Benz This Restomod Mercedes 600 Pullman Maybach Is One Of A Kind 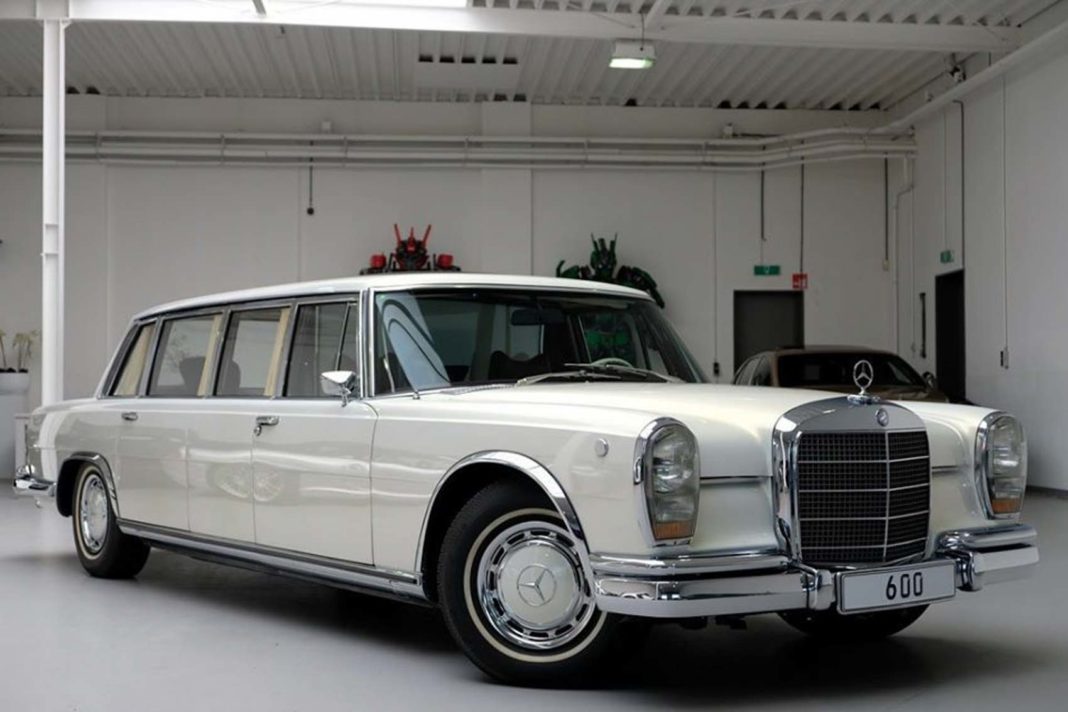 Let me run you through a brief history of the Mercedes-Benz 600 before we get to the whole madness. Otherwise known as the W100, it is an elite line of ultra-luxury cars produced by the German marque between 1963 and 1981. In simple words, the 600 was a predecessor of the latest Maybach range and it was the most expensive model sold by the brand during its time.

Replacing the W189 limo, the Mercedes-Benz 600 used pneumatic self-leveling suspension and it was offered in two variants: a short wheelbase four-door sedan and a long-wheelbase four-door Pullman limousine. The latter comprises of two additional rear-facing seats separated by a power divider window from the driver’s space and 304 of such units were constructed.

The six-door limo had two forward-facing jump-seats in the central two doors and a rear bench seat. The 600 series was owned by the richest of the riches and the world-renowned celebrities in the ’60s and ’70s. In modern-day standards, the 600 Landaulet is considered as rare pieces of art and only 59 units were manufactured back in the day. 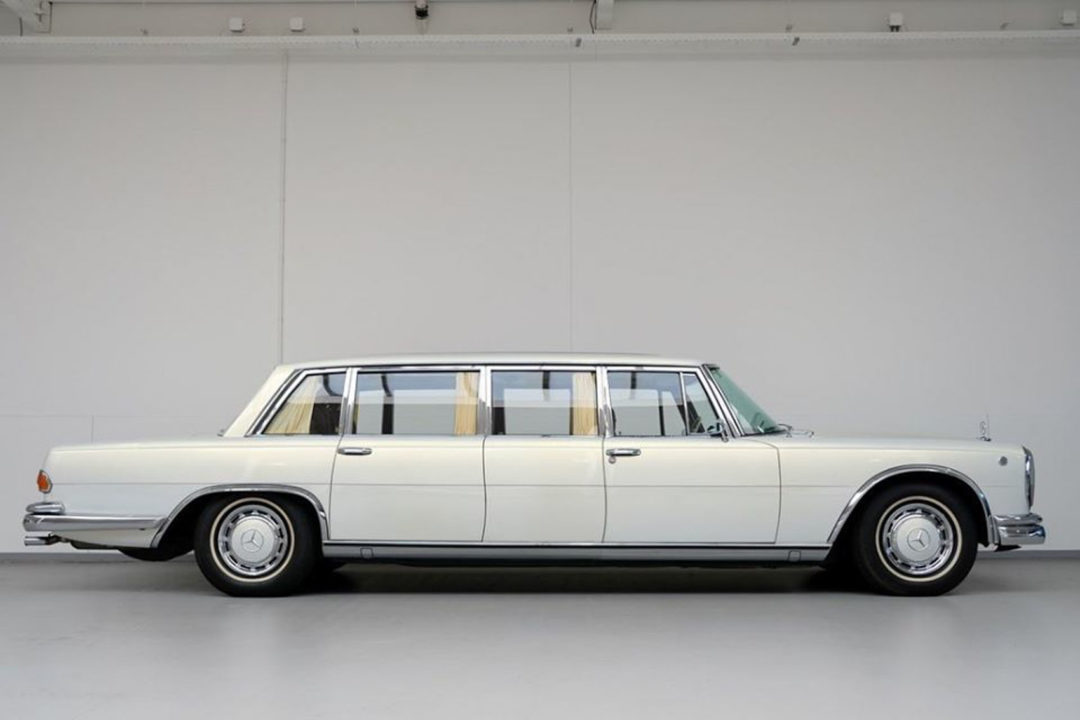 The Pullman carries equal status and a unique piece was up for sale at Auto Leitner. The 1975 Mercedes-Benz 600 Pullman boasts Perlmutt Weis metallic paint scheme not available in the brand’s palette in the past and it shows how the owner paid attention to detail. The interior gets a major makeover compared to the iconic model with some bits borrowed from Maybach 62 limousine. 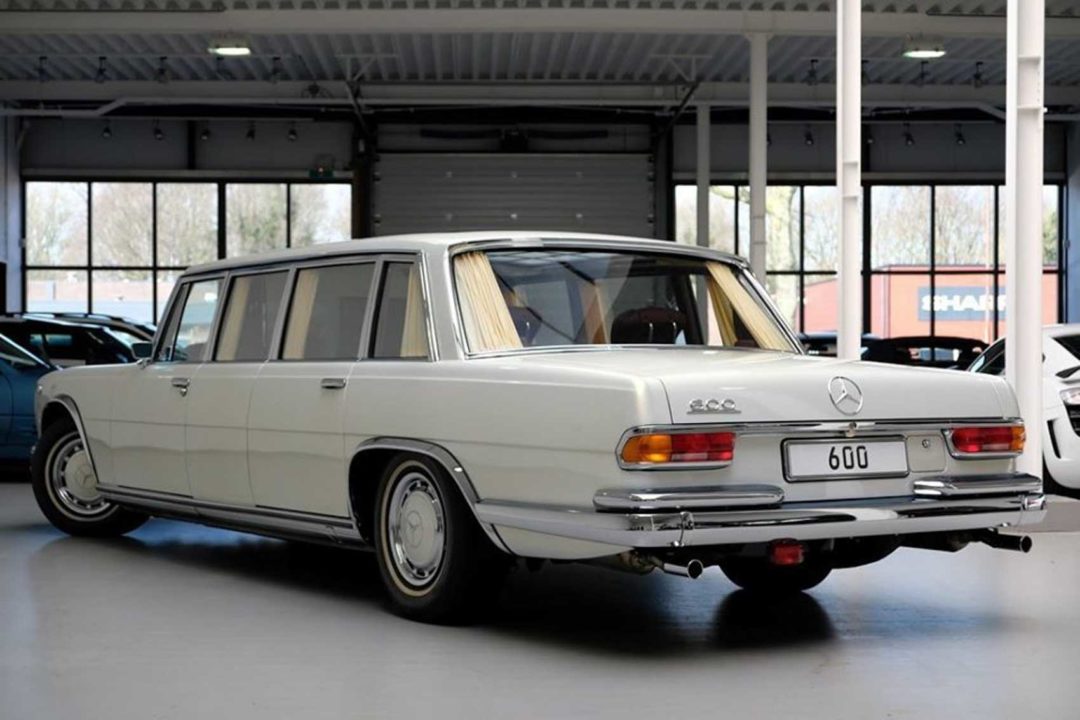 To remain a classic car, several original components of the model were retained including the 6.3-litre V8 engine producing 250 PS. It is sent to the rear wheel through a four-speed automatic gearbox. The model has clocked just over 1,100 kilometres, so it is essentially brand new and can be bought for €2.15 million (Rs. 17.69 crore approximately).