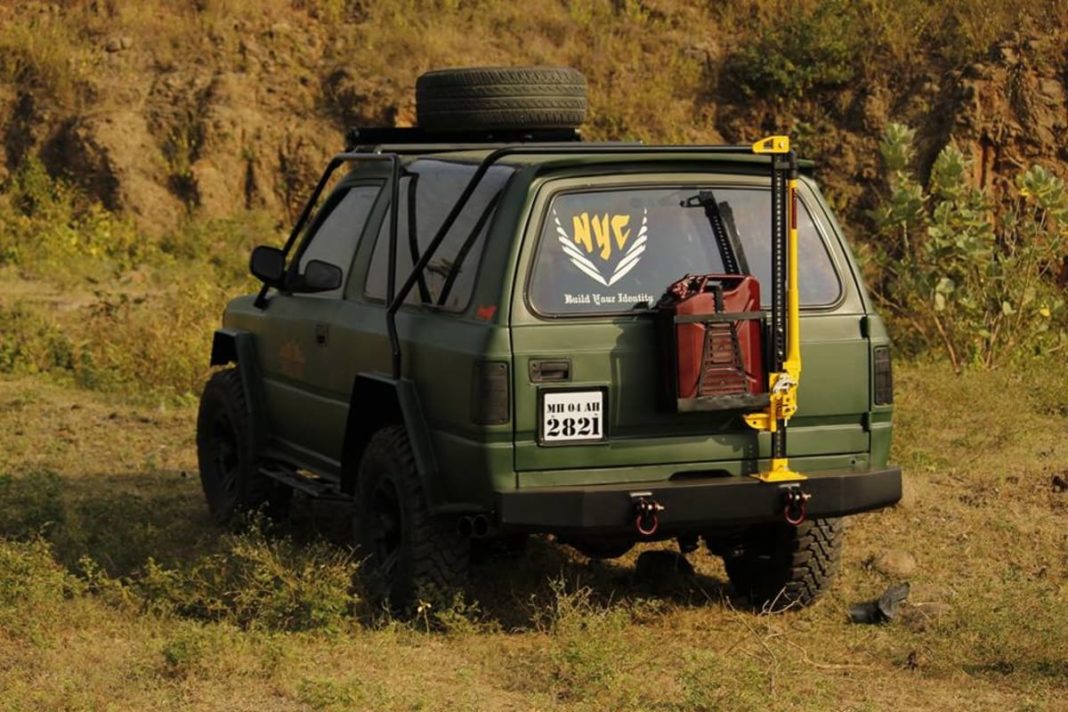 Here, we have a custom-built Tata Sierra, with lots of off-road modifications, like large tyres, new bumpers, roll cage, etc

Tata Sierra was sold in India only between 1991 and 2003, but even after 17 years of its discontinuation, the vehicle still enjoys a cult status among car enthusiasts all over the country. There are a few people who have one in their garage, some in stock condition and others heavily customised. Here, we an example of the latter kind, which looks like it was designed to scale mountains.

In the video below, posted by NYC Custom (a Nagpur-based garage) on its official YouTube channel, we can see a modified Tata Sierra. The vehicle sports plenty of changes, both structural and aesthetic. At the front, we see a new bumper, with an integrated bull-bar, fog lamps, and a bash plate. The headlamps have been completely blacked-out, with two wave-pattern slits on each side, which is quite pretty.

The front grille is also custom, and has the logo of the garage that built this vehicle – NYC. At the sides, we see large knobby tires, ideal for off-roading. The vehicle also gets an external roll cage, with an auxiliary LED lightbar at the top. The roll cage also doubles up as a roof rack, and a spare wheel has been mounted up there!

The rear section of the vehicle has a custom mount for a jerry can and a mechanical jack. The rear bumper has also been replaced by an off-road spec unit, which gets a bash plate as well as two towing hooks. The taillights have also been blacked out, and the SUV gets quad exhaust pipes, two peeking out from either side of the bumper.

The SUV also sports a chimney-style snorkel and a bonnet-mounted front numberplate. There are a few vinyls and stickers on the body and rear windshield, with dirty green exterior paint covering the Sierra. The three-door design of the original model remains unaltered, which only adds to the vehicle’s visual appeal. 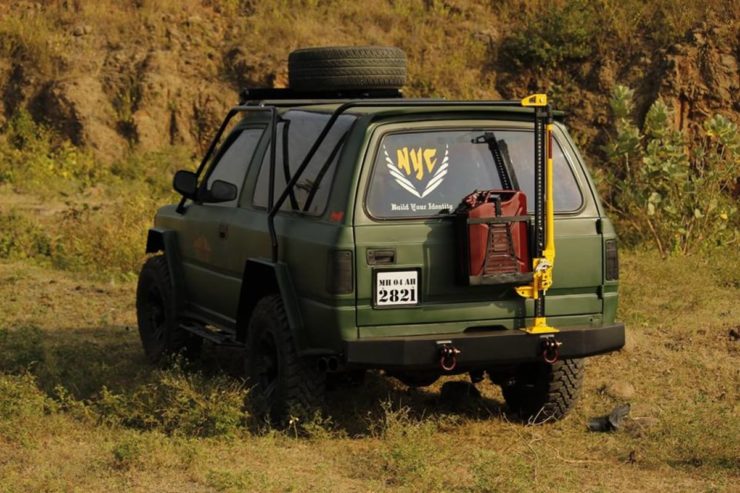 The Tata Sierra was powered by a 2.0-litre Peugeot-sourced diesel engine. This powerplant was initially offered as a naturally aspirated unit, and post 1998, as a turbocharged motor. It was only offered with a 5-speed manual gearbox, and could be had either as an RWD or a 4WD vehicle.