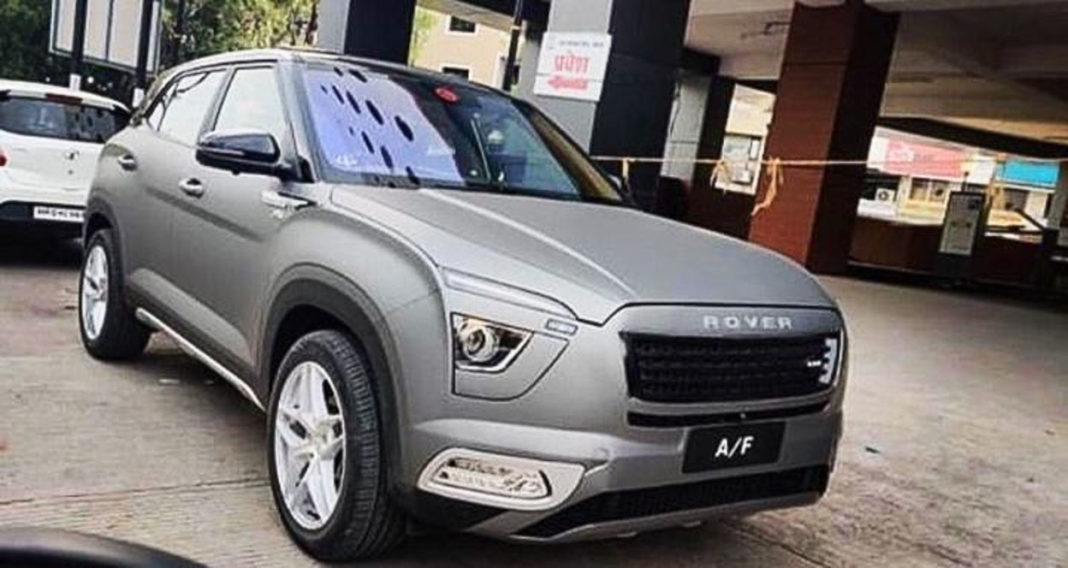 Hyundai launched the second-gen Creta in the Indian market about a few months ago, and the new-gen version of the mid-size SUV quickly climbed to the top of the sales charts, becoming the best-selling SUV in the country. One of the main reasons that the Creta is attracting so many new buyers is certainly for its unconventional yet bold styling.

The 2020 Creta is built on Hyundai’s Sensuous Sportiness design language, and hence, gets a large cascading grille up front, which is flanked by split LED headlamps with DRLs. The tail lamps have also been designed to look similar to the headlights, while the rear stop lamp has been placed on the tailgate of the car.

However, it looks like one owner of the new-gen Hyundai Creta was not satisfied with the SUV’s styling, and wanted more out of it. Hence, the owner went ahead and got his Creta modified into what looks like a Range Rover Velar. While the modifications look clean, this Creta will certainly not be mistaken for the Velar, given its dimensions. 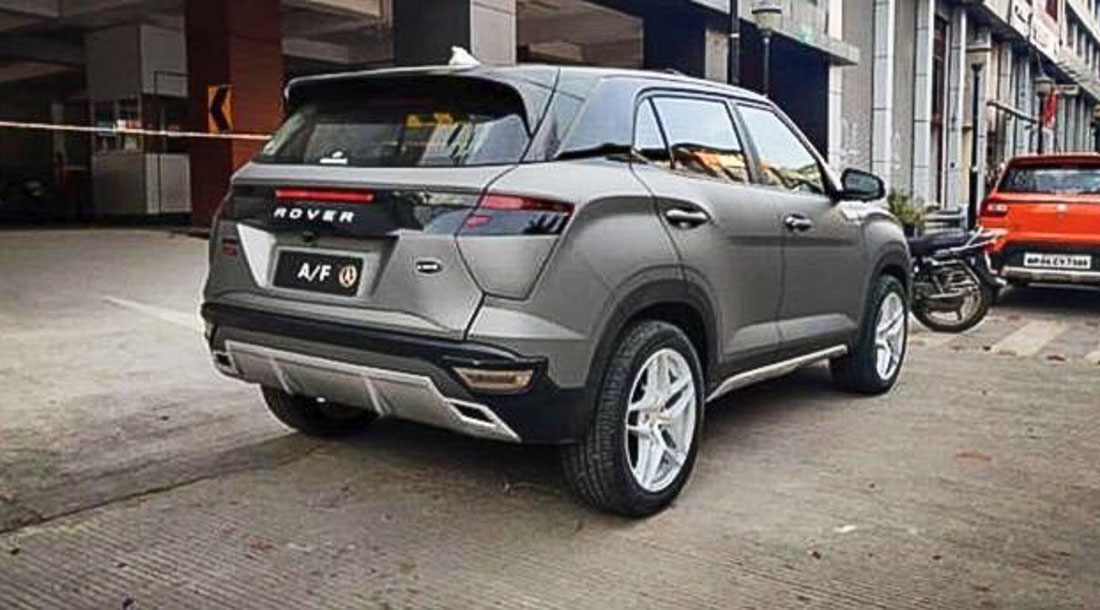 Talking about the modifications, the car has been wrapped in a satin grey, while it also gets a new radiator grille, which also gets the Land Rover badge embedded in it. The LED DRLs up front have been covered partially, while the fog lamp housings have been painted white. In addition, the car sits on 18-inch alloy wheels finished in white, while the roof and the ORVMs are completely blacked out.

At the rear, the Creta’s lower tail lamp units have also been masked in the same shade as the car’s body. On the other hand, the upper portion of the tail lamps have been wrapped in a piano black, and the two units are also connected via the same black element, similar to what is seen on the Range Rover Velar. The modified Hyundai SUV also sports ‘Rover’ badges on the front, as well as the back.

While we believe the modifications to disguise it as a Range Rover Velar are a little too over the top, there will certainly many people who would like how these customisations are able to make the Creta look like a much-more expensive Range Rover SUV. Nonetheless, the new-gen Hyundai Creta is already a head-turner without any modifications made to it.