The new Mahindra Thar is the most affordable ladder-on-frame 4X4 SUV on sale in the Indian market and is known for its supreme off-roading capabilities, powerful engine options, and practical cabin. It is also one of the most popular lifestyle vehicles in the country and the customers do have a variety of modification options available in the market.

Starting from the front, you now get a new seven-slat grille complimented by new LED headlights and a new off-road bumper that offer better approach and departure angles. The new LED headlights also get integrated dual-function LED DRLs. Bimbra 4X4 has also repainted this Thar in Sarge Green shade and has added tasteful mods to further improve the visual appeal of the SUV. 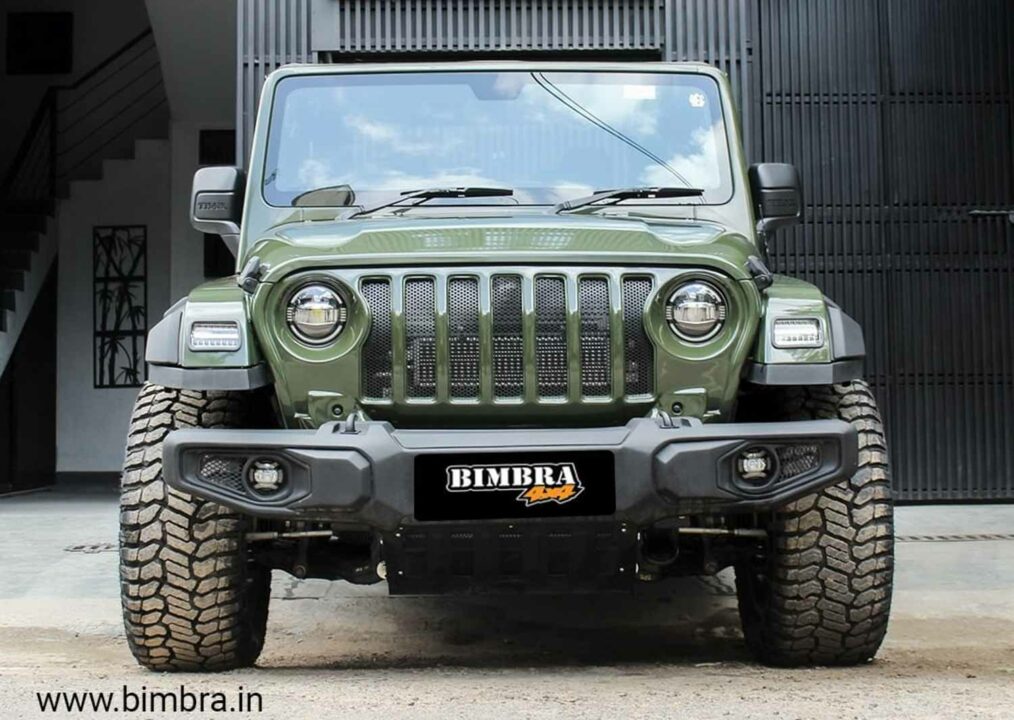 Additionally, the SUV now also gets new LED fog lamps and new LED fender lights. Ove to the sides and you will notice that it now gets 20-inch Fuel alloy wheels. These alloy wheels are wrapped in off-road spec tyres while at the rear, you will see aftermarket LED tail lamps with sequential turn indicators.

The rear bumper however remains stock and is fitted with reflected LED lamps. The modifications are not limited to the exteriors but you will also get a new cabin with a long list of updates. To start with it, it now gets new seat covers that match the exterior colour. 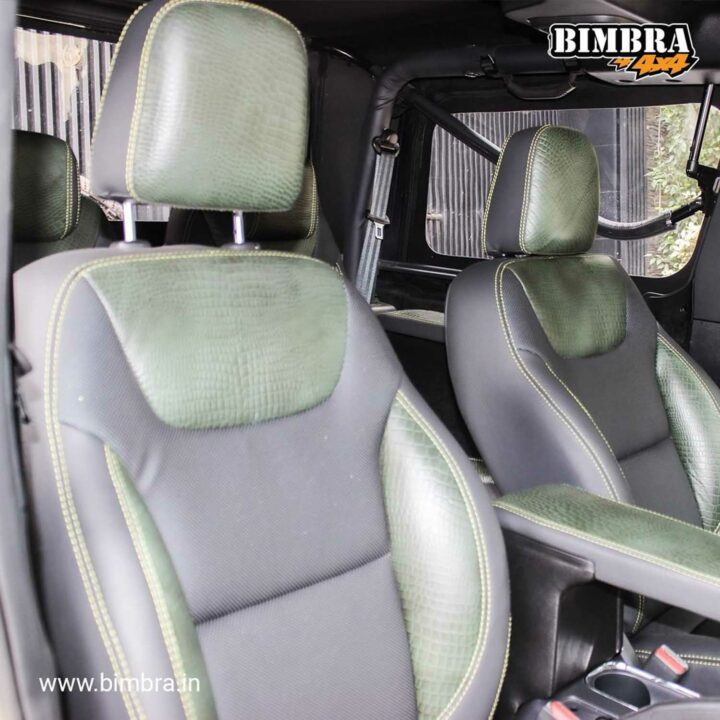 The same upholstery material has been used to wrap portions of the door pads. Other additions include new AC vents, a new front armrest and a new leather wrap. No major changes are made to the mechanicals of the car and this modified Thar continues to boast a stock setup and the same power figures.