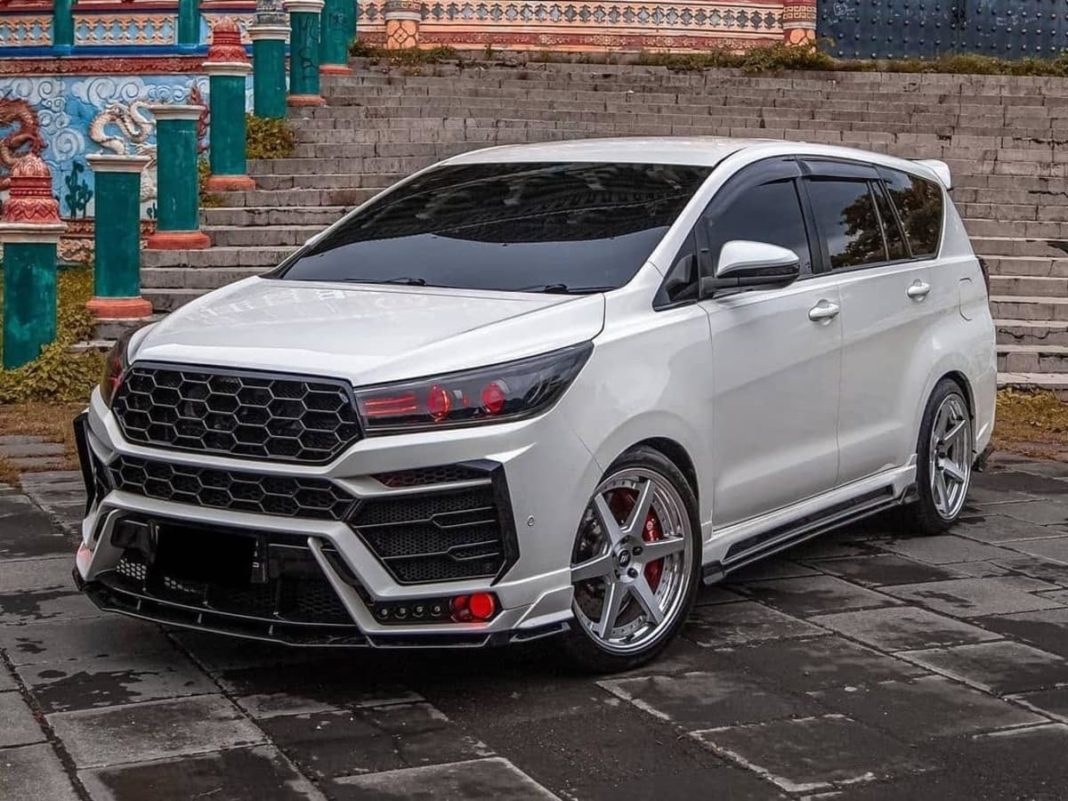 Check out this customised Toyota Innova Crysta, which gets a sporty body kit and aftermarket LED lighting system

In November last year, Toyota Kirloskar Motor introduced the Innova Crysta facelift in the Indian market. The Innova MPV was the brand’s best-selling model, and the mid-life update helped improve its appeal further. Even though the Innova is quite a good-looking vehicle, plenty of buyers take the aftermarket route in order to enhance its aesthetics.

The modified Toyota Innova Crysta we have here gets an aftermarket body kit, inspired by Lamborghini Urus. The vehicle is owned by IG user @agusienz, and the vehicle was built by Zoom Bodyworks, a custom car workshop based in Surabaya, Indonesia. At the front end, we see a blacked-out grille with a honeycomb mesh. The headlamps get a smoked glass effect, with red projector lights and LED DRLs.

The front bumper gets huge air vents, along with a massive air dam, and there’s a lip spoiler underneath. The front bumper also gets fog lamps (consisting of red lights), integrated neatly just below the air vents. Changes to the side profile include a custom side skirt and new alloy wheels. The brake calipers have been painted red, for an additional sporty touch. 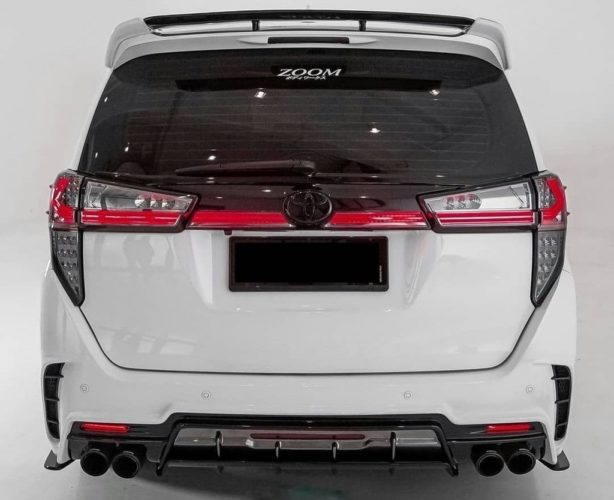 At the rear, we see custom aftermarket LED taillights, which look absolutely brilliant. A horizontal slat runs between the taillights, consisting of a piano black strip and an LED strip, with a blacked-out Toyota Logo in the middle. The rear bumper gets faux diffuser treatment and quad tailpipes, which look extremely sporty. We also see a custom roof-mounted spoiler here.

The windows and windshield have been given a dark tint, which complements the white body paint. Overall, this custom body kit works wonders in making the Innova Crysta look sporty. These mods do not include any changes to the powertrain of the vehicle. 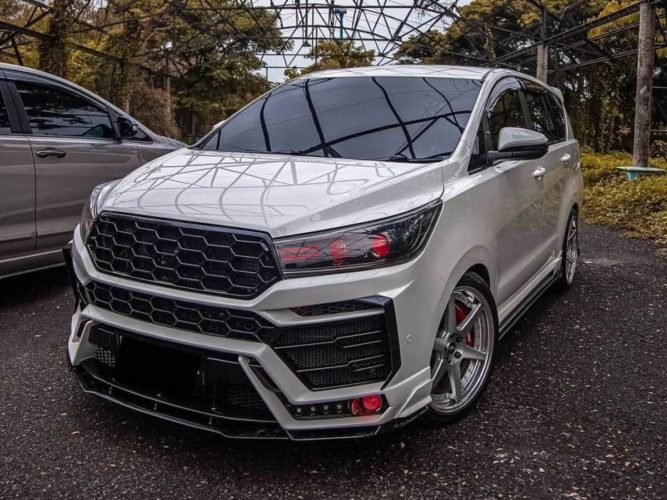 Toyota Innova Crysta is available with two engine options in the Indian market – a 2.7-litre petrol and a 2.4-litre turbo-diesel. The former is good for 166 PS and 245 Nm, while the latter generates 150 PS and 343 Nm (360 Nm on AT). Transmission options include a 5-speed manual and a 6-speed automatic gearbox. The current price of the Innova Crysta ranges from Rs. 16.26 lakh to Rs. 24.33 lakh (ex-showroom, New Delhi).