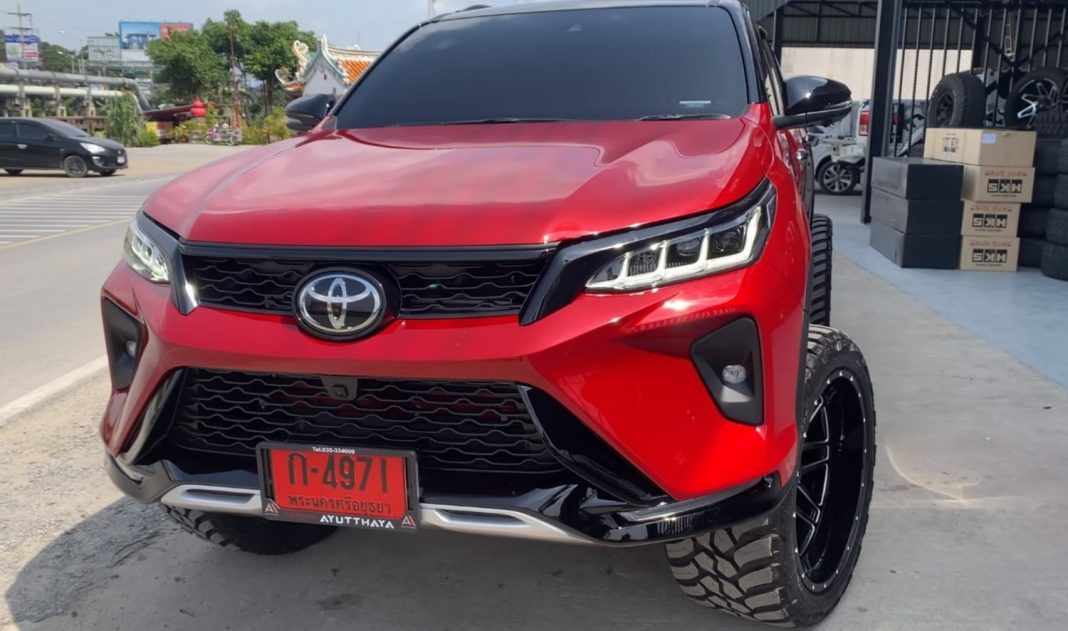 Last year, Toyota globally debuted the Fortuner facelift, while also introducing the world to a new variant of the SUV – Fortuner Legender. The Legender version featured a slightly different exterior design compared to the standard Fortuner, and offered a few extra features as well. Earlier this year, the facelifted Fortuner and Fortuner Legender made their way to a few other markets, including India and Thailand.

Toyota Fortuner is quite a popular SUV among enthusiasts around the world, and most owners love to customise it as well. Here, we have a modified Toyota Fortuner Legender from Thailand, built by Loft Modify, which looks brilliant thanks to all the off-road mods it sports. The most noticeable changes are the new wheels and tyres; the SUV wears a set of 22-inch dual-tone alloy wheels with 33×12.5-inch mountain tyres.

The new tyres are extremely wide and extend a little beyond the wheel arches, giving the SUV a very muscular and aggressive stance. The vehicle also gets an aftermarket suspension system, to further improve its off-road capabilities. We also see auto-folding side steps here, which not only look extremely cool but are practical as well.

There don’t seem to be a lot of aesthetic changes here; the SUV sports the ‘Emotional Red’ paint scheme, which includes blacked-out pillars and roof. The paint scheme looks extremely pretty, and we’re a little sad that Toyota doesn’t offer this colour option on the Indian version. The Thailand-spec Toyota Fortuner Legender is available with two engine options. 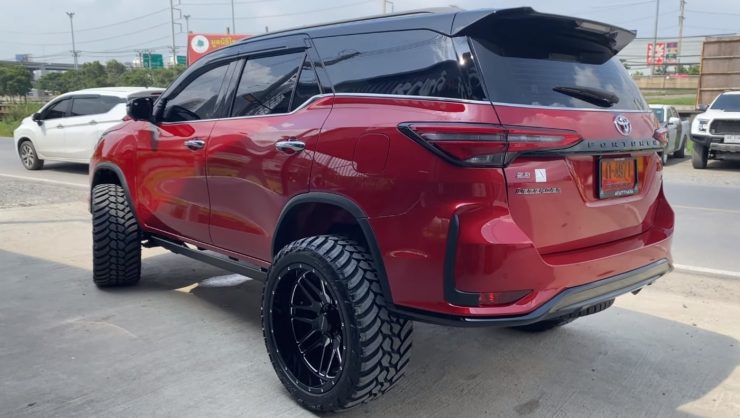