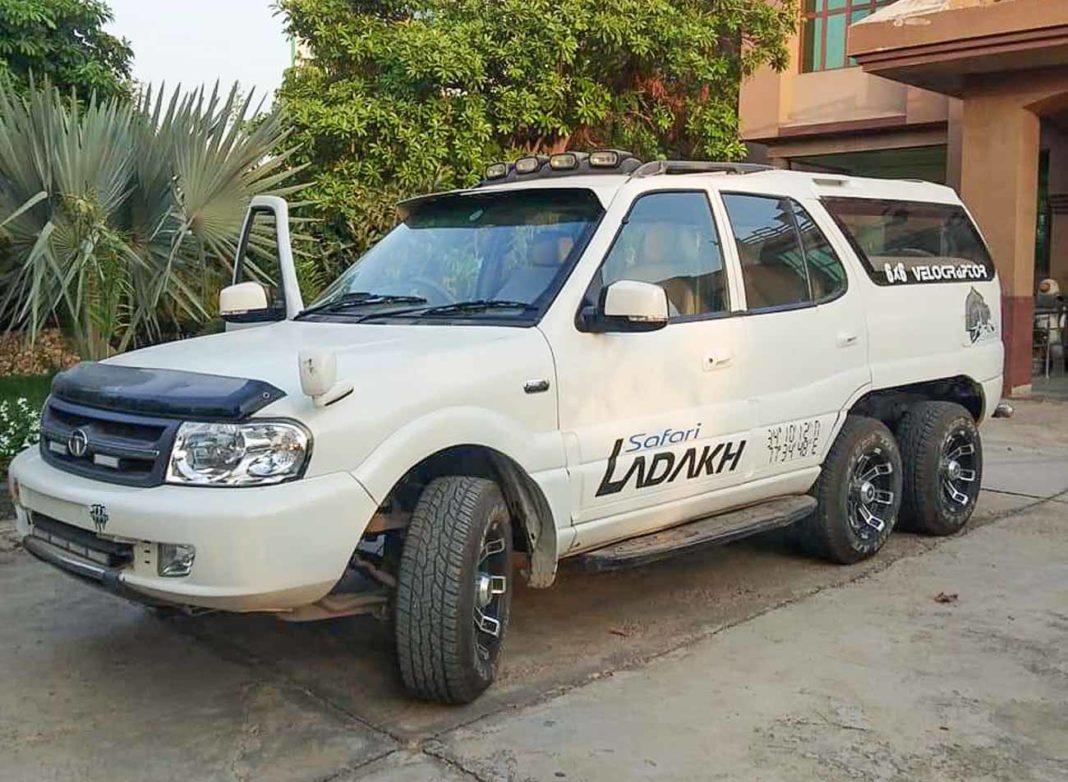 Well, you can trust the Indian car mod scene to get highly influenced from the west. Not very long ago, images of a 6×6 Mercedes G-Wagon captured during a dune-bashing session went viral among Indian social media users and soon, we started stumbling upon 6×6 versions of regular Indian SUVs like Mahindra Thar and Bolero.

Recently, however, we came across another Indian SUV that has been given the 6×6 layout. As can be seen in the images, the model in question here is the Tata Safari DICOR, an SUV that has been out of production for several years now. However, in spite of the age, there’s no denying the street presence this custom vehicle enjoys.

Of course, the biggest highlight of the visual package is the 6×6 layout, which brings in an extra rear axle. Moreover, in order to accommodate an extra axle and the new pair of wheels, the wheelbase has been extended, which, in turn, has led to a significant bump in the length of the vehicle. This modified Tata Safari actually looks nothing like anything else due to its stretched out rear-quarter sections. 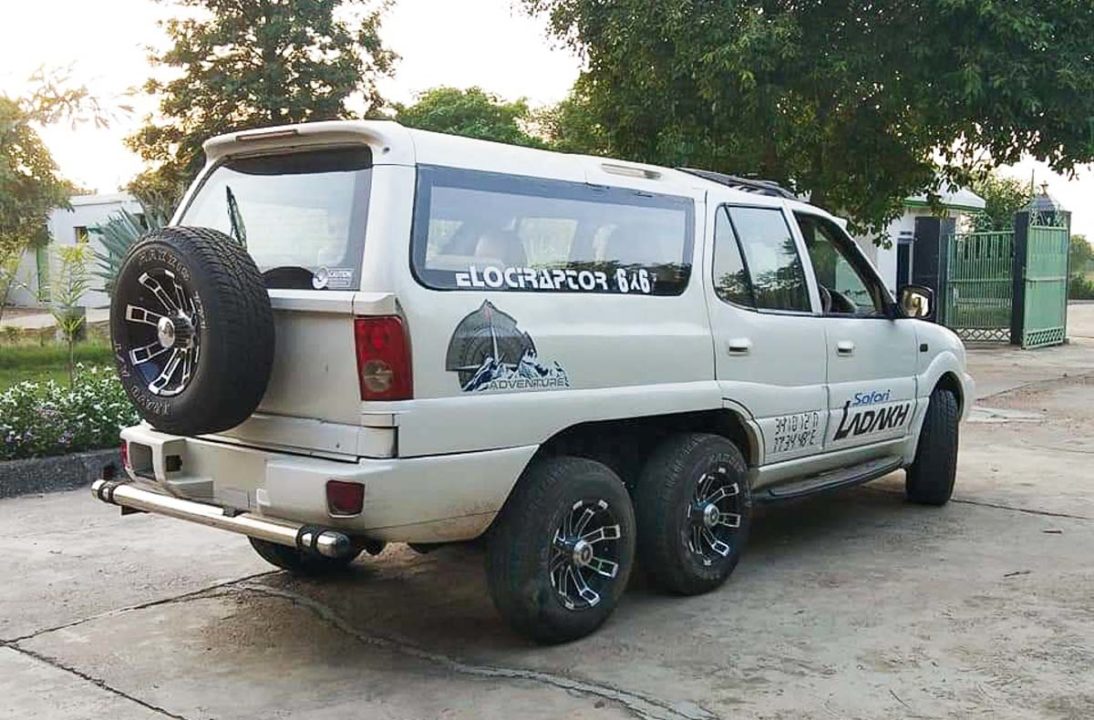 Other than the new pair of wheels and the XL-size side profile, this modified Tata Safari also sports some minor cosmetic upgrades. For example, the front-end features a fly-screen and a hood-mounted rearview mirror. Also, the front-end has been given a visor, while there are some aux LED lights mounted on the roof.

The side profile features aftermarket alloy wheels shod with A/T rubber. There are also some decals on the doors and the custom rear quarter glasses. The rear-end stays stock except for the addition of a bull-bar. It’s not known if this car has some performance updates but we definitely think the extra axle warrants a power bump to actually make this SUV a really strong performer.