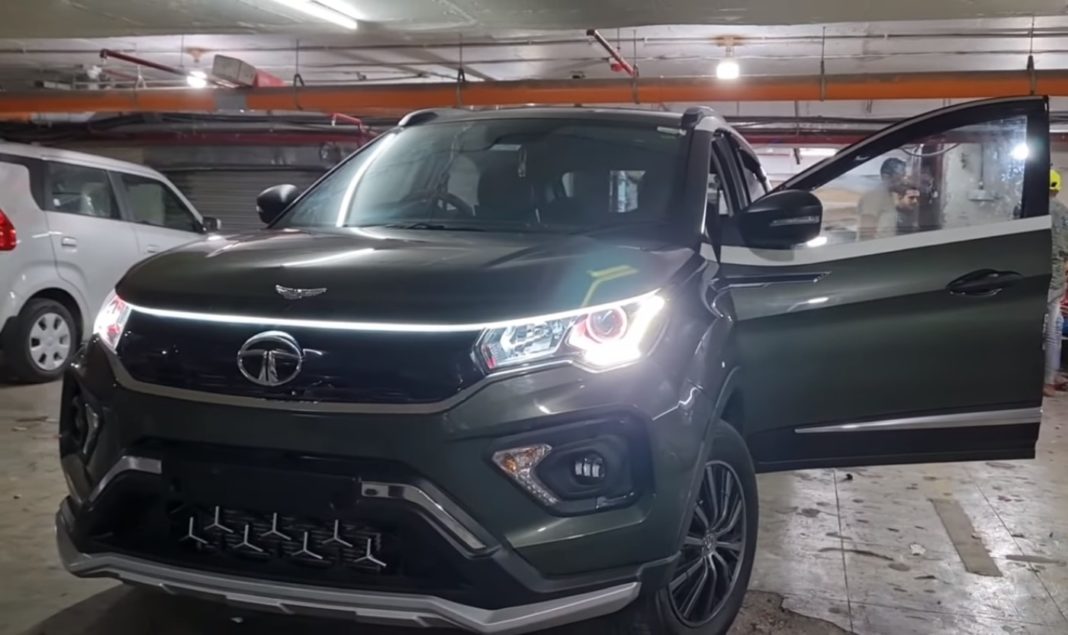 Check out this customised Tata Nexon, which features plenty of premium mods to the exterior as well as the interior

Tata Nexon has been enjoying a lot of popularity among buyers in India in recent times. One reason for that is the safety factor of the vehicle; the little Tata crossover has a 5-star adult safety rating (and a 3-star child occupant safety rating) from Global NCAP. The Nexon is also popular among custom builders, and currently, a lot of aftermarket support is available for it.

Here, we bring you a customised Tata Nexon XM(S), which has been given a premium makeover. Called ‘Monster Edition 2’, this modified SUV features plenty of changes to the interior and exterior. The video below, posted by Rohit Mehta Sai Auto Accessories, gives us a close look at the SUV in all its modified glory.

The headlamps feature a monster LED ring around the stock projectors, which lights up in red and looks quite cool. The vehicle also gets an LED DRL strip across the bonnet at the front, and we also see ‘NEXON’ lettering on the nose with a custom winged insignia above it. The lower front grille now gets silver tri-arrow elements, similar to the top-end variants. Aftermarket LED foglamps have also been added, which can shoot white and yellow light.

At the sides, we see pretty wheel caps for the 16-inch steel wheels. Fake vents have been added above the front fenders, and the SUV also gets door mouldings with chrome inserts, along with door-edge guards. The vehicle also gets mirror door visors, and the roof sports white vinyl, but only on the sides.

At the rear, we see faux quad exhaust, which comes integrated into the aftermarket rear diffuser. As for the interior, it is even more impressive than the exterior. The cabin features brown leather wrap and faux carbon fibre all around, including the dashboard and doors. The seats feature perforated covers, and a front centre armrest has been added here. 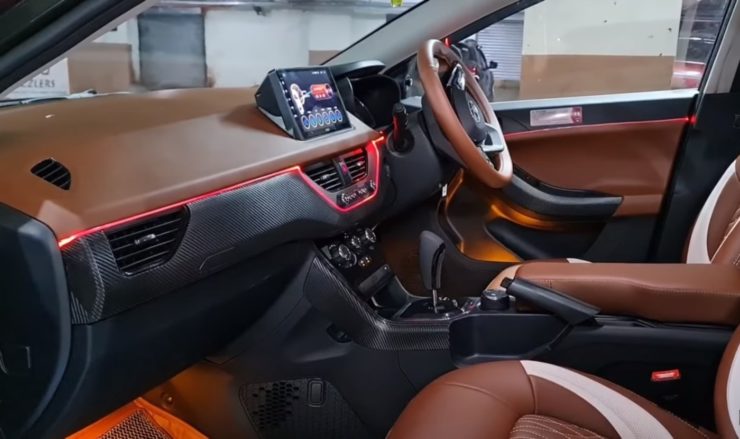 Apart from that, the vehicle also gets multi-colour cabin ambient lighting, illuminated scuff plates, floor mats, and an aftermarket touchscreen infotainment system. The audio system has also been upgraded, along with the damping on the doors. Overall, this is one of the most impressive mod jobs we’ve seen for a Tata Nexon.