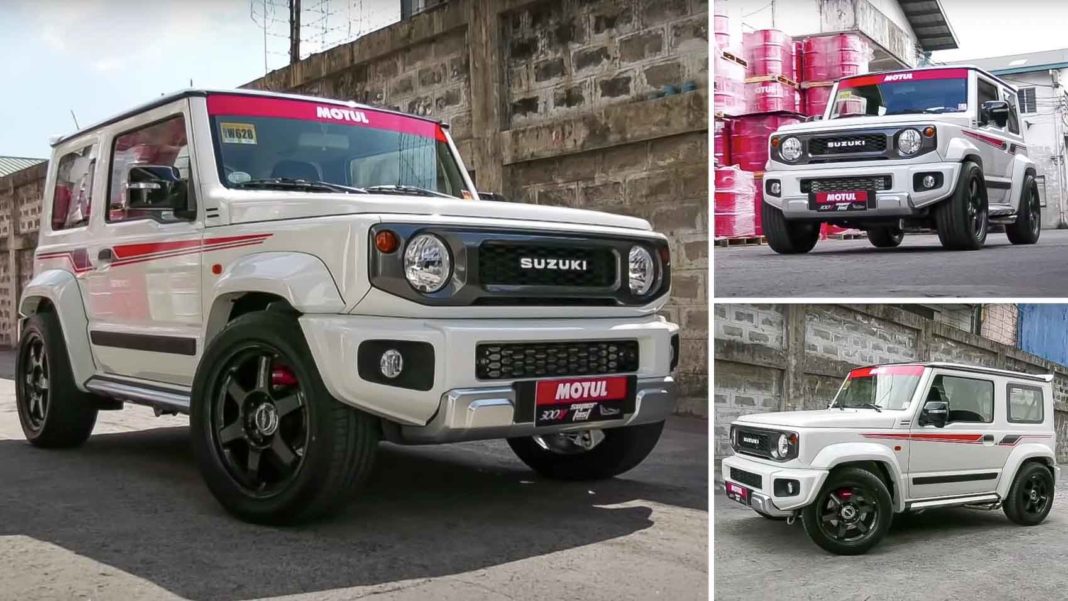 While it’s common to come across modified versions of Suzuki Jimny with even better off-road capabilities than the stock car, here’s a customized Jimny that is really very fast

The Suzuki Jimny recently completed 50 years of existence. It is currently in its fourth generation and comes across as a proper budget-end off-roader. In fact, the basic characteristics of the Jimny have remain unchanged throughout all these generations as the mini SUV has always offered a simple design, reliable mechanicals and great off-roading credentials. No wonder, then, that it has managed to make quite a name for itself in most markets it’s sold in.

The Suzuki Jimny has even become a favourite of many car customizers, who have come up with several add-ons to make this SUV an even better off-roader. The modified Suzuki Jimny you see here, however, is different from various other modifications that we’ve come across. This Jimny has a massive power output of 200 PS and it claims to be the fastest Jimny in the world.

This modified Suzuki Jimny has been created by Mr. Carlos Gono of Autoplus. This is the second fourth-generation Suzuki Jimny owned by him. Soon after purchasing this Jimny, he plonked in a turbo-kit developed by F-Performance, a UAE-based tuner. The kit brought in a turbocharger, custom fuel injectors and a new ECU.

Gono has also added a wastegate blow-off valve, Autoplus side exhaust system, RSR lowering springs, Autoplus brake rotors and pads, 18-inch Volk Racing concave alloy wheels and Recaro bucket seats. These modifications have bumped up the power of the engine by almost double as the motor now outputs 200 PS. The owner has also get rid of the spare wheel to lower the weight by a few kilos. Also, in order to have better heat dissipation and lubrication, race-grade 300V engine oil from Motul has been added to this Jimny’s diet.

The Suzuki Jimny made its local debut at the Auto Expo 2020. Initially, Maruti Suzuki had said that it doesn’t have any plans of launching this mini-SUV in India. However, the huge excitement that the Indian audience has about this SUV has probably compelled the company to finally change its plans.

As per our sources, the Suzuki Jimny will enter our car market next year. It will be produced at the company’s Gurgaon-based facility and will have a 5-door format. It will be powered by the same 1.5-litre K-series engine as the Ciaz. Currently, for the international-spec model, the 1.5-litre unit develops 102PS and 130Nm. Transmission options include a 5-speed manual and a 4-speed automatic transmission.