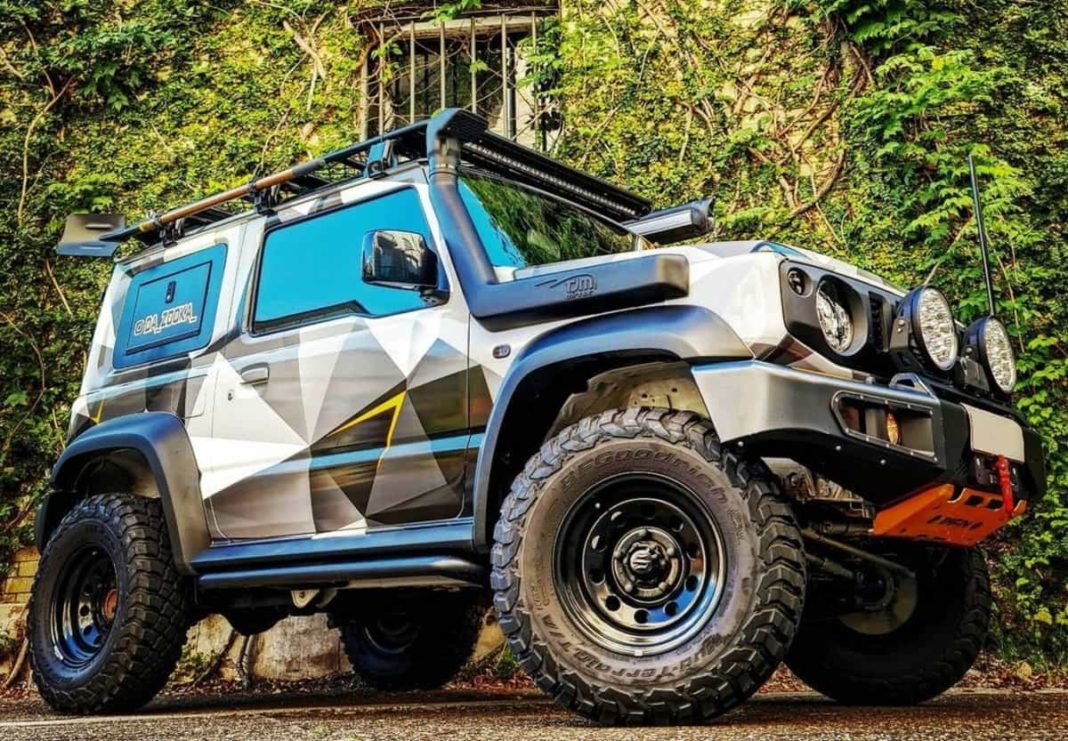 Check out this customised Suzuki Jimny, which looks purpose-built to conquer every off-road trail out there

Suzuki Jimny is quite a popular SUV in a lot of international markets, thanks to its brilliant off-road capabilities and extremely affordable price tag. The little SUV is also popular among custom-builders, and we’ve seen plenty of customised examples of Suzuki Jimny here. Let’s take a look at another one, which gets adventure-ready modifications.

Pictures of this particular modified Jimny are shared by Da Zooka (IG: @da_zooka). The vehicle sports an off-road front bumper, with integrated fog lamps and a bright orange bash plate underneath. A winch and a pair of auxiliary LED lights have been mounted on the bumper. The SUV also gets aftermarket projector lights, and the turn indicators have been blacked-out.

The Jimny also gets a snorkel, to improve water wading capabilities, and an auxiliary LED lightbar on the roof. The SUV also gets a massive roof rack, with provisions for a tent as well! The rear windows have been replaced, seemingly by lock boxes. A spade has also been mounted on the rack, in case there’s some digging to be done. At the rear, the vehicle gets a ladder on the tailgate and a custom spare wheel cover. 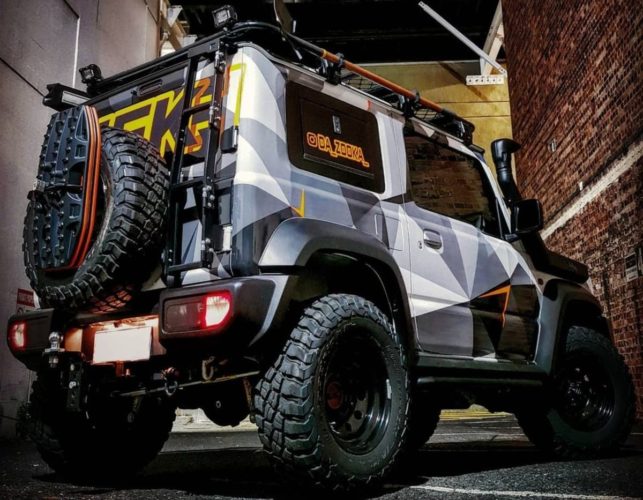 The SUV gets a full-body camouflage wrap, which looks extremely cool. It also gets a set of knobbly tyres shod on black steel wheels (including the tail-mounted spare). The suspension system has been upgraded as well, to improve the off-road capabilities, and the articulation on offer here is impressive.

A tow hitch has been added to the rear, and there are two additional, tiny lights on the roof, pointed towards the rear. The windows and windscreens have a black tint, and there are custom brandings all over the vehicle. The overall package not only looks pretty, but seems perfectly suited for heavy-duty off-road shenanigans as well. 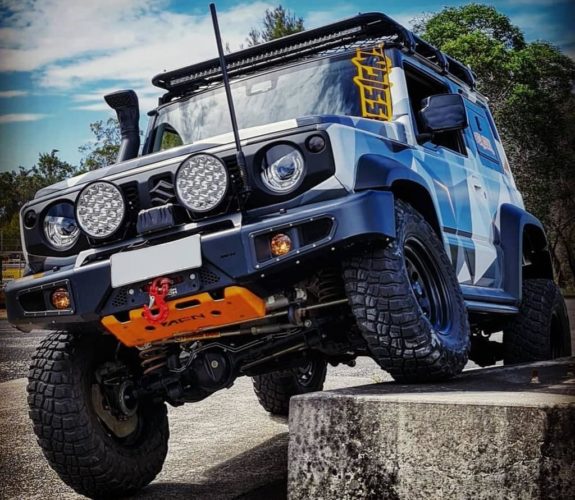 The current (fourth generation) Suzuki Jimny was introduced back in 2018, and is available with two engine options. The first one is a 1.5-litre, naturally aspirated, inline-4 motor, with 102 PS and 130 Nm on tap. The second engine is a 660cc, inline-3, turbo-petrol engine, which generates 64 PS and 95 Nm. The smaller engine is only available in Japan and complies with the Kei-car regulations there.