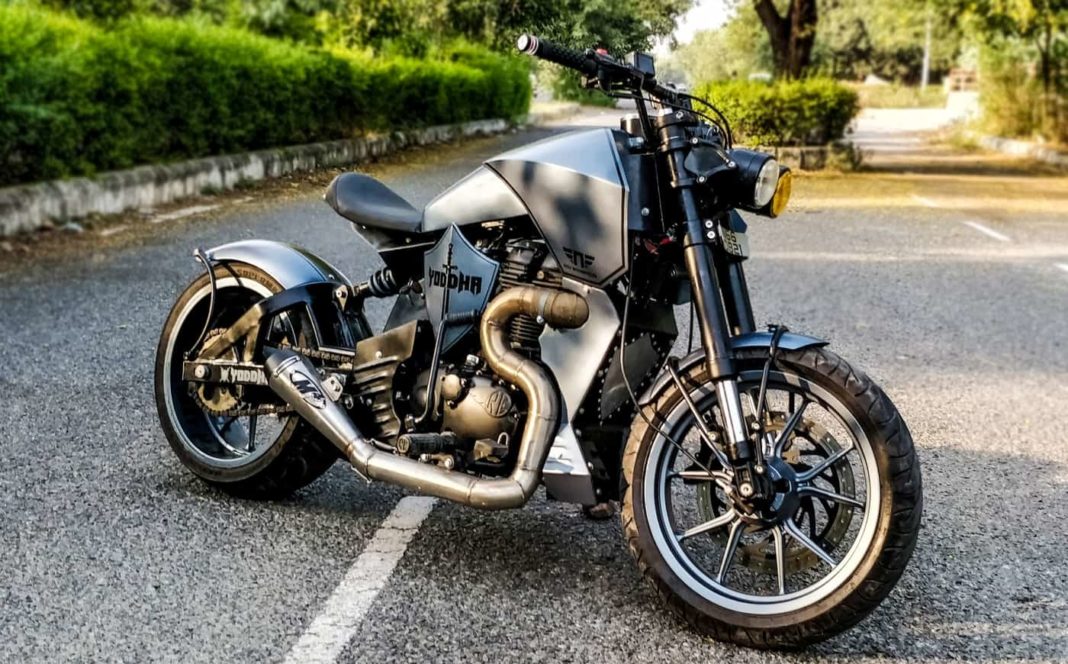 Royal Enfield motorcycles are extremely popular among motorcycle enthusiasts, especially among custom builders. We’ve seen plenty of customised RE bikes over the years, some with magnificent paint jobs and others with extensive mod jobs. Here, we have a beautiful example of the latter, built by Neev Motorcycles, a custom garage based in Delhi.

This particular motorcycle is a Royal Enfield Thunderbird 350, and has been named ‘Yoddha’. The styling of this bike is a unique mix of cafe racer and streetfighter genres. At the front, we see inverted telescopic forks and a chopped fender. It also gets twin round headlamps and a flat single-piece handlebar. The fuel tank gets muscular extensions on the sides, and the single-cylinder powerplant has been covered at the front, sporting a mesh to allow airflow.

The exhaust system has been routed due to the engine cover, and sports an M4 end can. The keyhole has been moved to the centre panel, and there’s a shield-shaped panel with ‘Yoddha’ branding on it. There’s also a similar branding on the fuel tank as well. The rear section of the motorcycle has been completely chopped off, and it gets a small, single-piece seat. 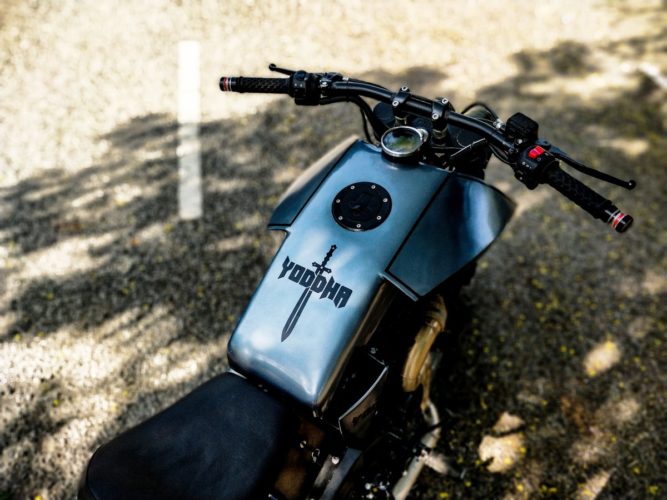 The motorcycle now gets a custom monoshock at the rear, along with a custom tyre-hugging fender. The rear sprocket is new, and the front disc brake is larger than the stock unit. New alloy wheels and fatter tyres have also been added to the motorcycle. The numberplates are also custom-built, and the rear plate is side-mounted, which looks extremely cool.

The switchgear remains unchanged on the bike, but the mirrors have been removed. The motorcycle features a ‘steel grey’ paint scheme, with blacked-out components here and there. Overall, the motorcycle looks extremely aggressive, and we absolutely love its styling! 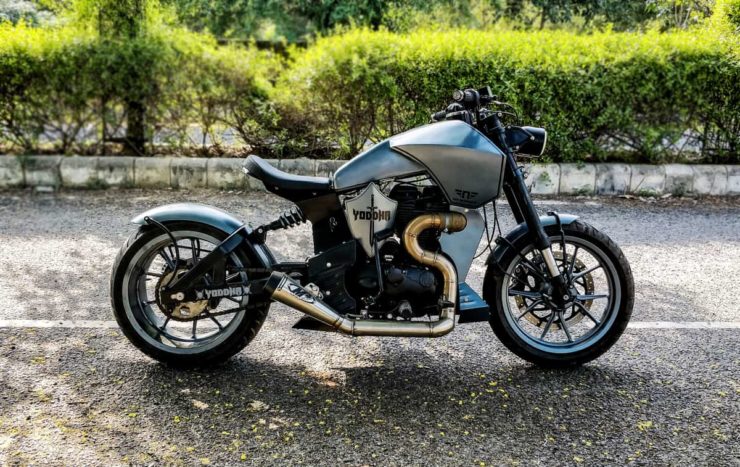 As for the engine, no changes have been made to the powertrain except for the new exhaust system. A stock Thunderbird 350 is powered by a 346cc, single-cylinder, air-cooled engine, which can develop 20 PS and 28 Nm of peak power and torque, respectively. This carburetted motor came paired to a 5-speed sequential gearbox.