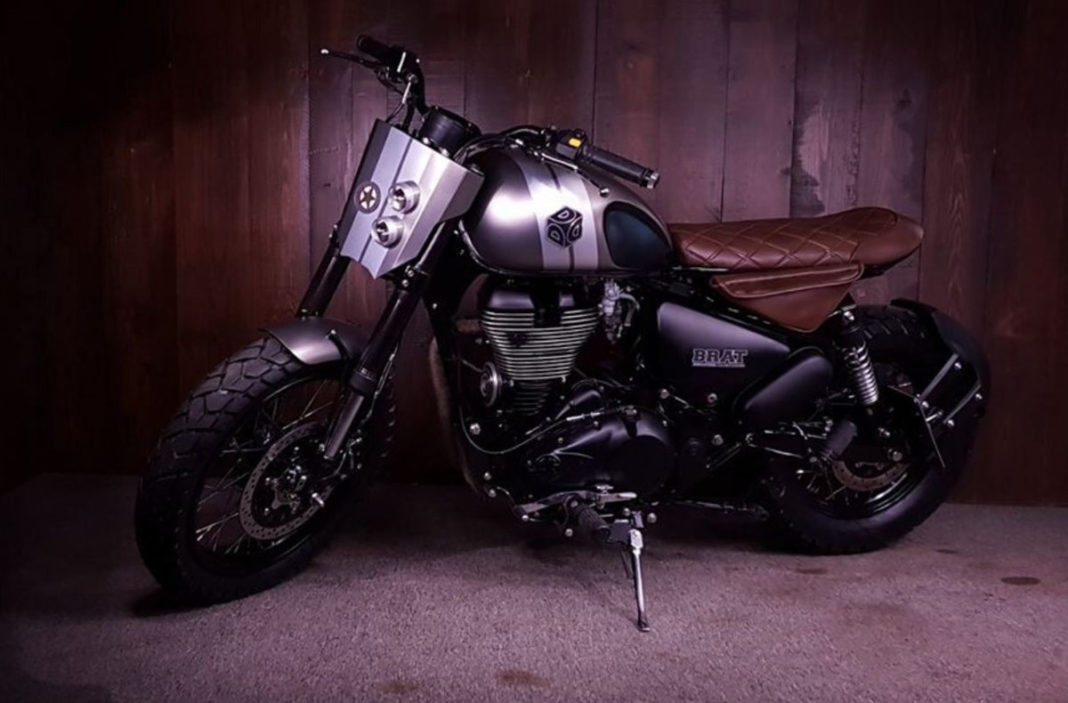 Done up by the Bulleteer Customs, here is a modified Royal Enfield Thunderbird X motorcycle that has been customized to look completely at home in a James Bond flick

Bangalore-based Bulleteer Customs is easily among the most renowned houses for tastefully customized REs that reek of class and sophistication. However, with their latest creation, the highly skilled folks at the customization house have pretty much outdone themselves, once again! Dubbed ‘Brat’, here’ a modified Royal Enfield Thunderbird X 500 that looks simply stunning.

As per the creators of this modified Royal Enfield Thunderbird X, their latest motorcycle is a machine that would look completely at home in a James Bond flick. The modified T’bird X carries an entire gamut of custom bits that come together to endow this motorcycle with a visual package that can leave anyone spell bound.

Up front, the modified Royal Enfield Thunderbird X gets a new panel with horizontally stacked twin headlights. Another highlight of the front-end is the chunky 120 mm front tyre wrapped around a spoke wheel. The motorcycle also gets USD front suspension setup. 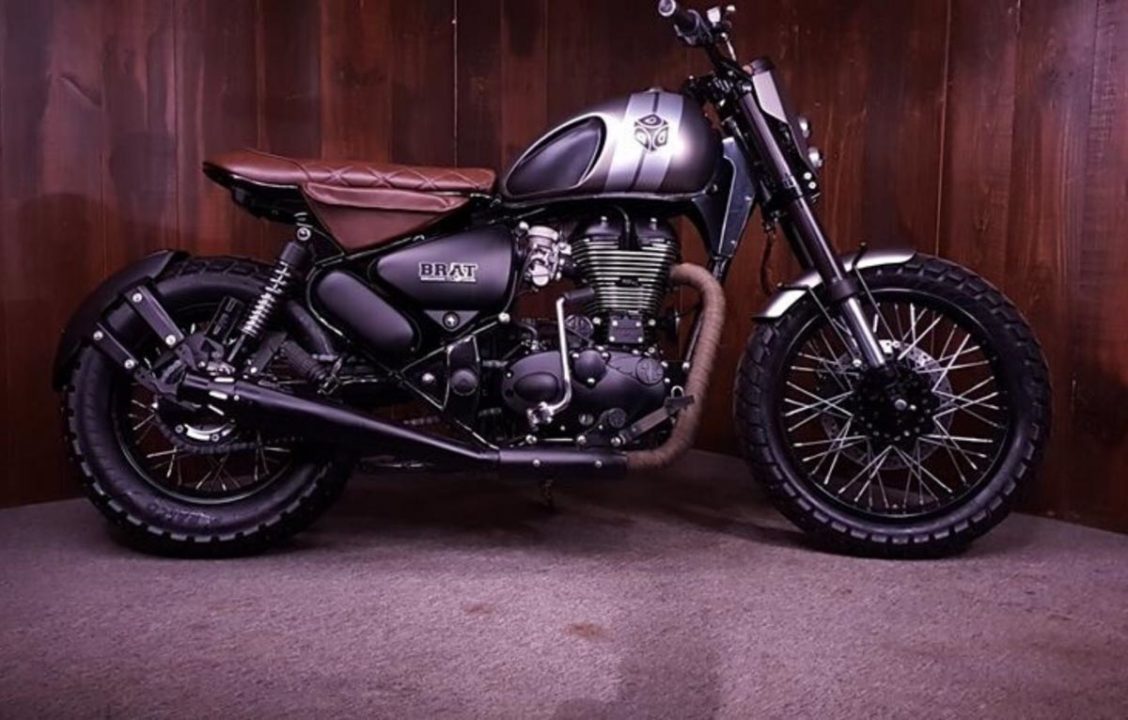 Moving on, the modified Royal Enfield Thunderbird gets a new paint scheme for the fuel tank, which carries rubber padding on the knee recess and twin stripes decals. The side panel gets BRAT badging, while the bench-type seat screams ‘Scrambler’.

The inverted gas-charged rear shock absorbers have been retained but the original exhaust pipe has made way for a sportier looking upswept unit that comes in a matte-black finish. At the tail-end, it gets a 140 section rear tyre along with a tyre-hugger. Other highlights of this modified Royal Enfield Thunderbird X include a leather seat cover, single-pod instrumentation and glasswool exhaust wrapping. 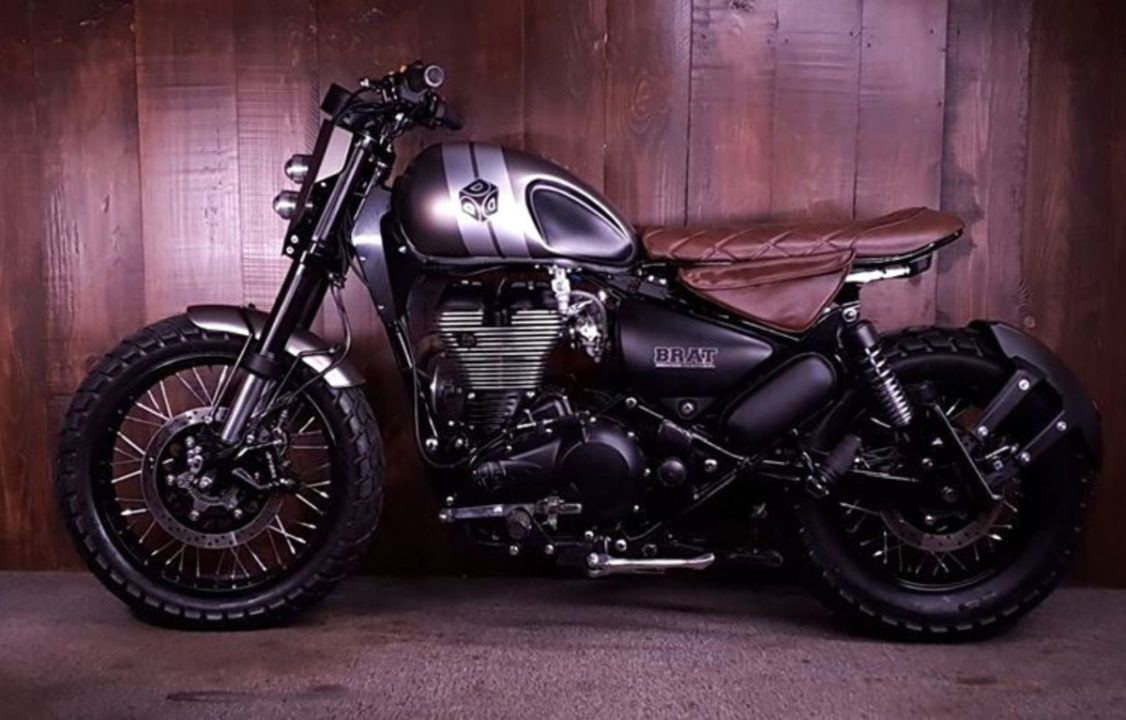 From the looks of it, the engine of this modified Royal Enfield Thunderbird X has been left untouched, which means the 499cc, single-cylinder motor outputs a maximum power of 27.2 bhp @ 5250 rpm and a peak torque of 41.3 Nm @ 4000 rpm. The air-cooled motor benefits from fuel injection.