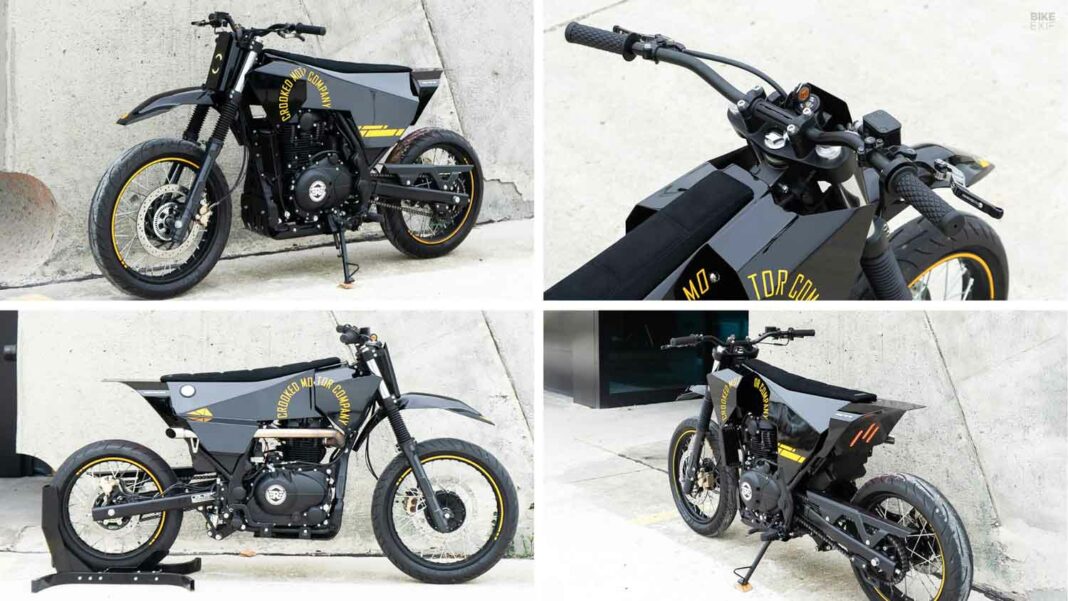 Royal Enfield bikes are often appreciated for their strong road presence, robust build and powerful engines. The simple and no-nonsense construction makes them not only reliable in the long run but extremely easy to modify. Here is one such RE Himalayan Scram 411 that has been heavily customised and is now called the modified Scram 411 Supermoto edition.

This modified bike has been worked upon by Germany-based Crooked Motorcycles and the project was commissioned by the brand itself. This Supermoto racing machine not only boasts a new look that is dominated by new graphics and attractive colour combinations. Most of the body panels have been replaced by new custom-made panels made out of aluminium and other fibres.

The stock fuel tank too has been changed and the bike now gets straight-cut panels with sharp lines. In addition to the cosmetic changes, the bike also gets many mechanical changes including a reworked subframe with custom bodywork. As mentioned before, the new fuel tank sits below the seat and features a pop-up filler cap. 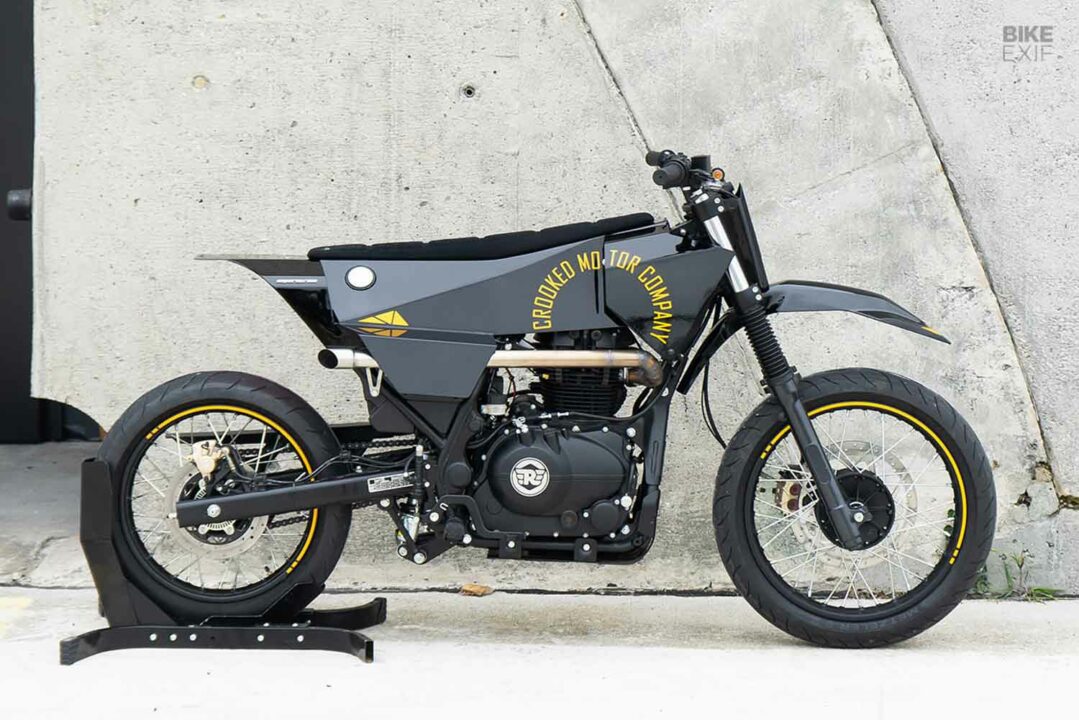 It not only looks sleeker but also helps in improving the dynamics by lowering the bike’s centre of gravity. Just like the new seat and the fuel tank, we also see new Supernova LED headlights, new custom-made tail lights, and other subtle changes while the parts like a license plate, speedometer and turn signals are missing from this display model.

The bike continues to ride on 19-inch front spoke wheels and 17-inch rear spoke wheels that are now wrapped in Metzeler Sportec M9 tires. The low-mounted fenders have been replaced as the bike now features Husqvarna enduro units. For those wondering, no changes have been made to the suspension and the braking setup while we do get new add-ons like Probrake levers and LSL handlebars. 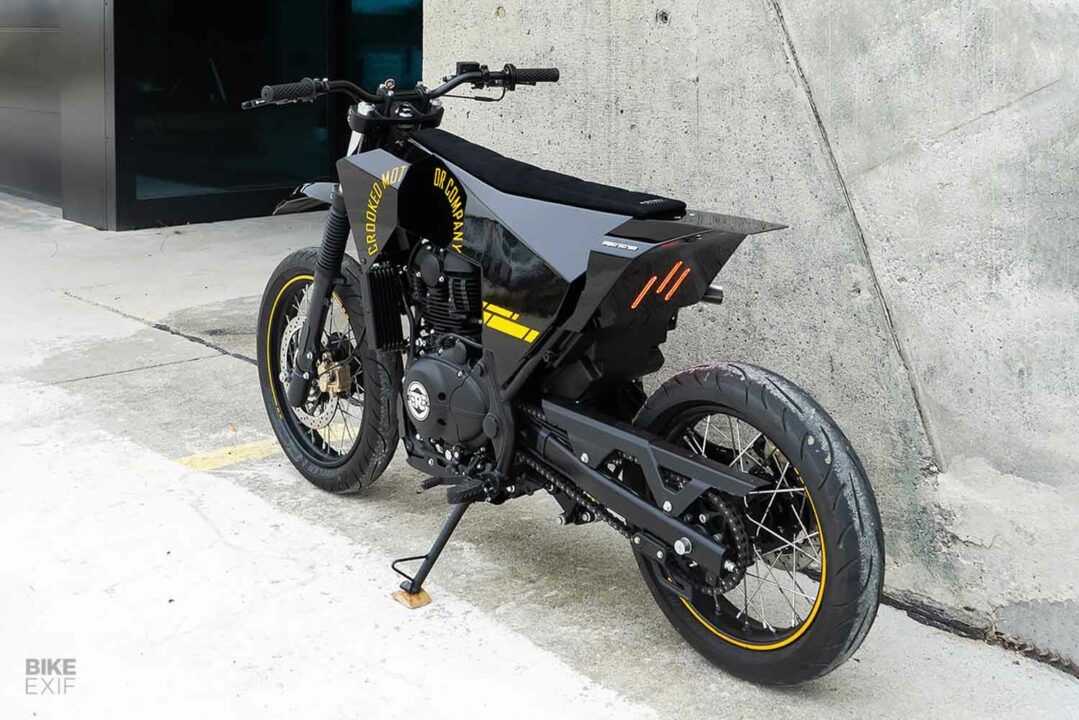 Other than all this, the bike now gets a short-stroke throttle, Biltwell Inc. grips and a CNC-machined start button seamlessly integrated into the bodywork. Needless to say, it also gets a custom exhaust that runs parallel to the seat. To give the finishing touches, the bike gets a black and yellow colour theme while components like the engine too have been blacked out.