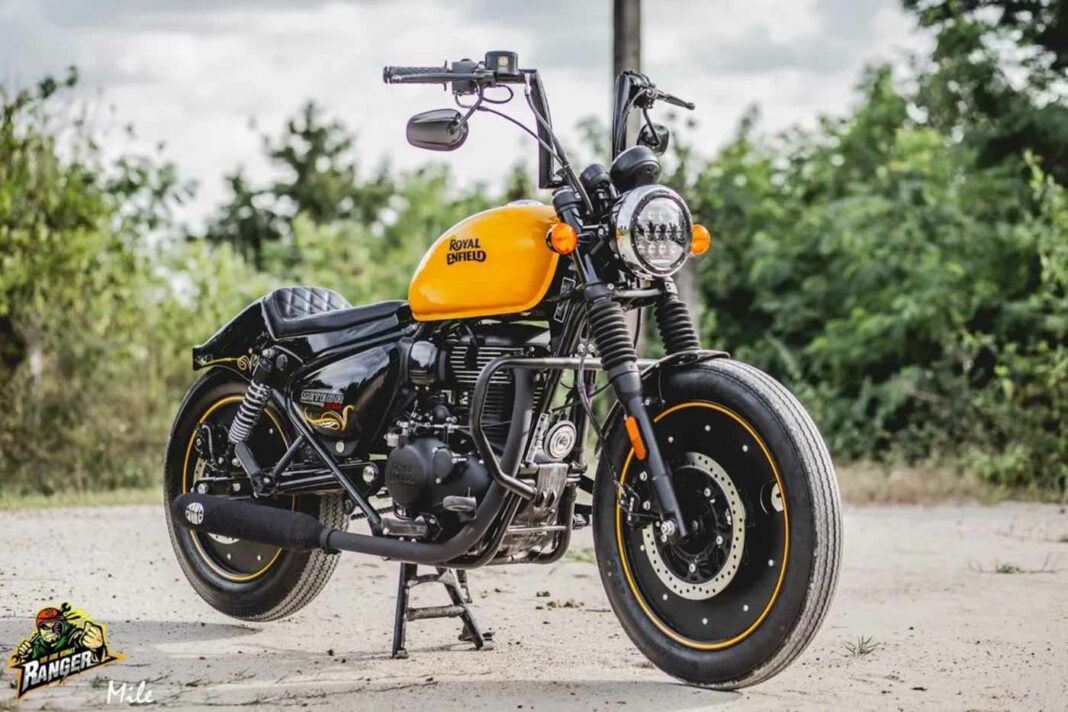 The recently launched RE Meteor 350 in India is attracting a lot of buyers with its powerful and comfortable package and not only boasts strong looks but in addition to this, also offers powerful performance and commendable dynamics. If you are also a big Meteor 350 fan, here is Japan-style modified Royal Enfield Meteor 350 that you should check out.

To start with, this yellow-coloured modified Royal Enfield Meteor 350 was worked upon by Ranger Korat and flaunts a classic Japan-style look that is dominated by new closed alloy wheels and a single-seat setup. In addition to this, it also features a new raised handlebar, a custom rear end and a new exhaust setup that gives it a stronger stance.

The rear sub-frame of the bike has been extended to accommodate the new mudguard while the new alloy wheels are finished in black and yellow to gel in well with the overall colour scheme of the bike. The side panels and the new rear mudguard also get custom graphics that give it a premium look and in all, all these changes do help in elevating the overall character of this cruiser by a significant margin. 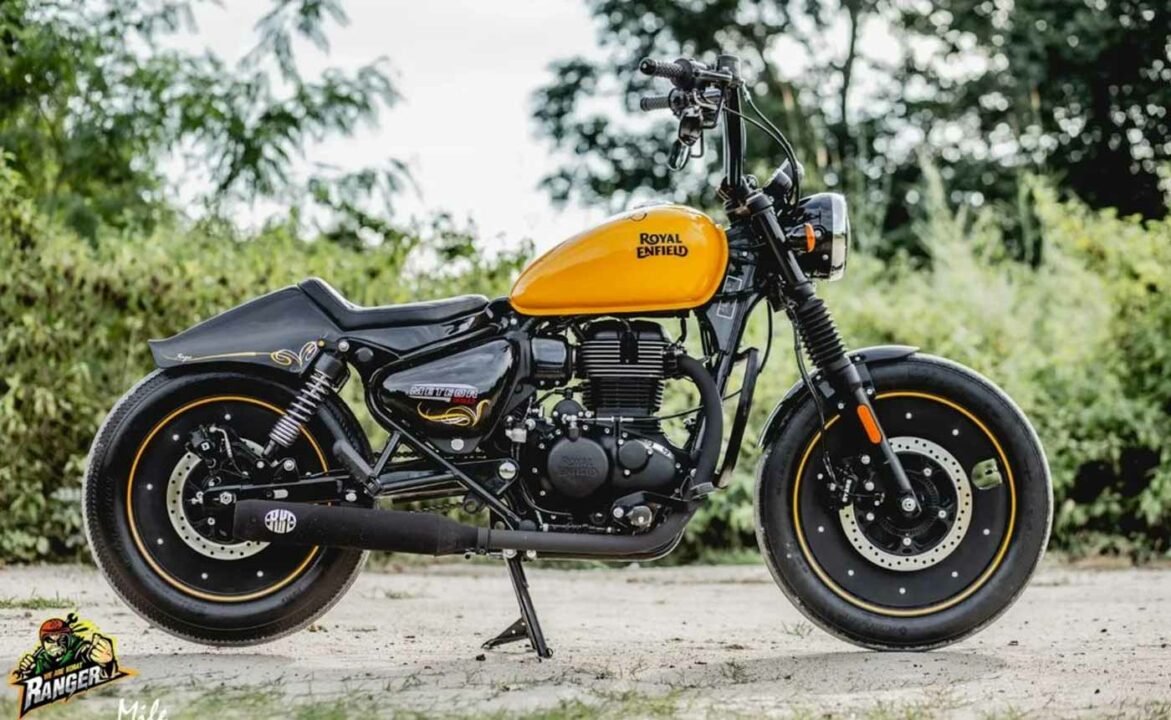 The bike however continues to be powered by a similar powertrain setup as the stock version. In its stock avatar, the Meteor 350 is powered by a 349 cc petrol engine that churns out a peak power output of 20.2 bhp while the maximum torque output stands at 27 Nm.

This engine comes mated to a five-speed manual gearbox and boasts impressive refinement and performance levels. The braking duties on the other hand are handled by a dual-disc brake setup with dual-channel ABS. 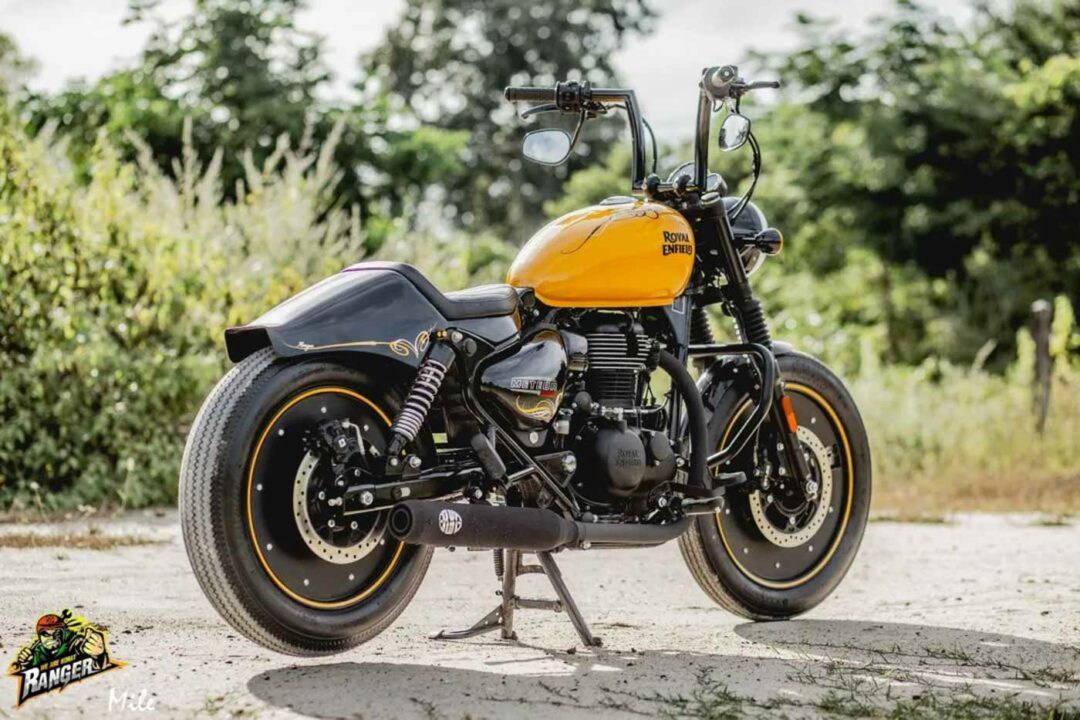 Royal Enfield is also working on launching the new Super Meteor 650 in the Indian market along with a number of other 650cc bikes for buyers looking for a powerful and fun-to-drive offering in the segment. The new Super Meteor 650 will boast a number of styling updates and will share its underpinnings and powertrain with the Interceptor 650 and the Continental GT 650.