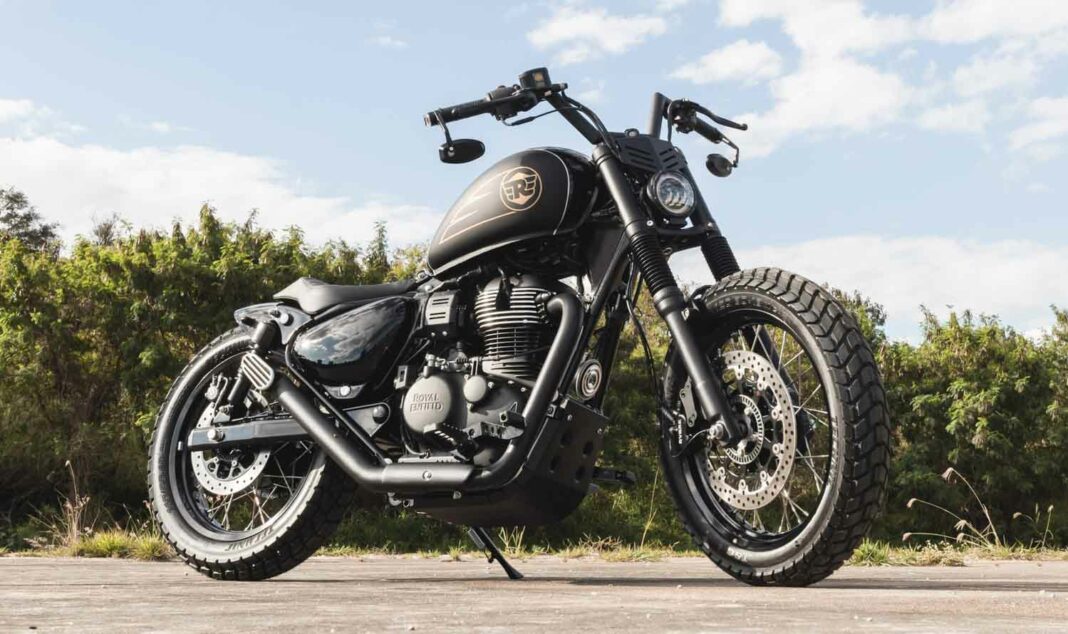 Ever since the launch of the new RE Meteor 350, the brand is enjoying strong demand in the market and continues to dominate the sales figure in the segment. The Meteor 350 offers a feature-rich, comfortable, and powerful package for the buyers and attracts the buyers with strong looks and a VFM price tag. Here is a modified Royal Enfield Meteor Alpha 350 that commands a strong road presence and unique character.

For those wondering, this modified RE Meteor 350 was customised by Guerra Custom Design which is based in Brazil and gets a long list of cosmetic and hardware upgrades that give it a unique stance. Starting from the front, the bike gets a completely new front fascia that is largely dominated by new LED headlights, a new front cowl, and a new handlebar. Furthermore, it also gets bar-end mounted mirrors and custom hand grips.

This modified bike also gets bigger tyres and blacked-out elements that fall in line with the overall black colour theme. The side profile is largely dominated by a new seat design, new graphics, and a blacked-out engine block. The bike also gets a black custom engine guard and a new upswept exhaust setup. 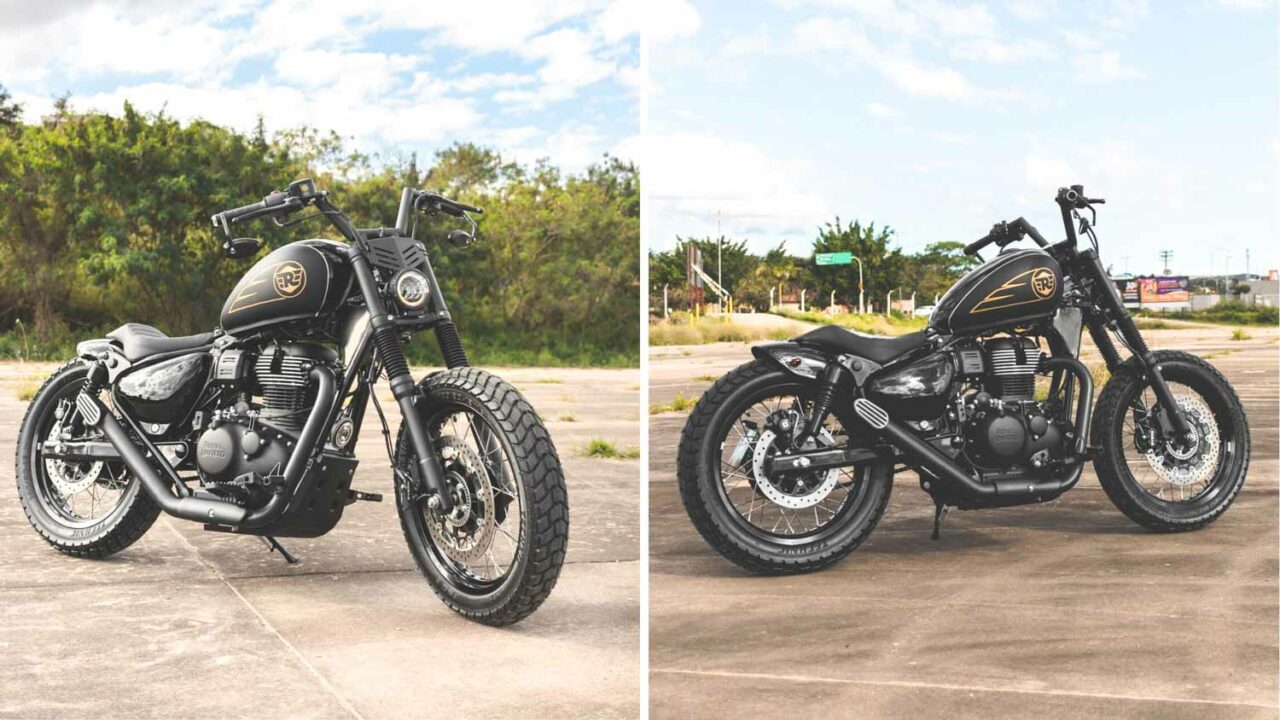 To complement the new seat, the rear mudguard has been trimmed and subtle modifications have been made to the rear section of the chassis. Just like the front, the rear tyres too has been replaced by a new and bigger tyre that not only enhances the capabilities of the bike but also gives it a stronger stance.

Other changes include new LED taillights, new LED indicators, and new custom graphics. The bike continues to ride on the stock suspension setup while the braking setup too remains similar to the factory specifications. The new Meteor 350 is powered by a 349 cc single-cylinder petrol engine that churns out a peak power and torque output of 20.2 bhp and 27 Nm respectively. 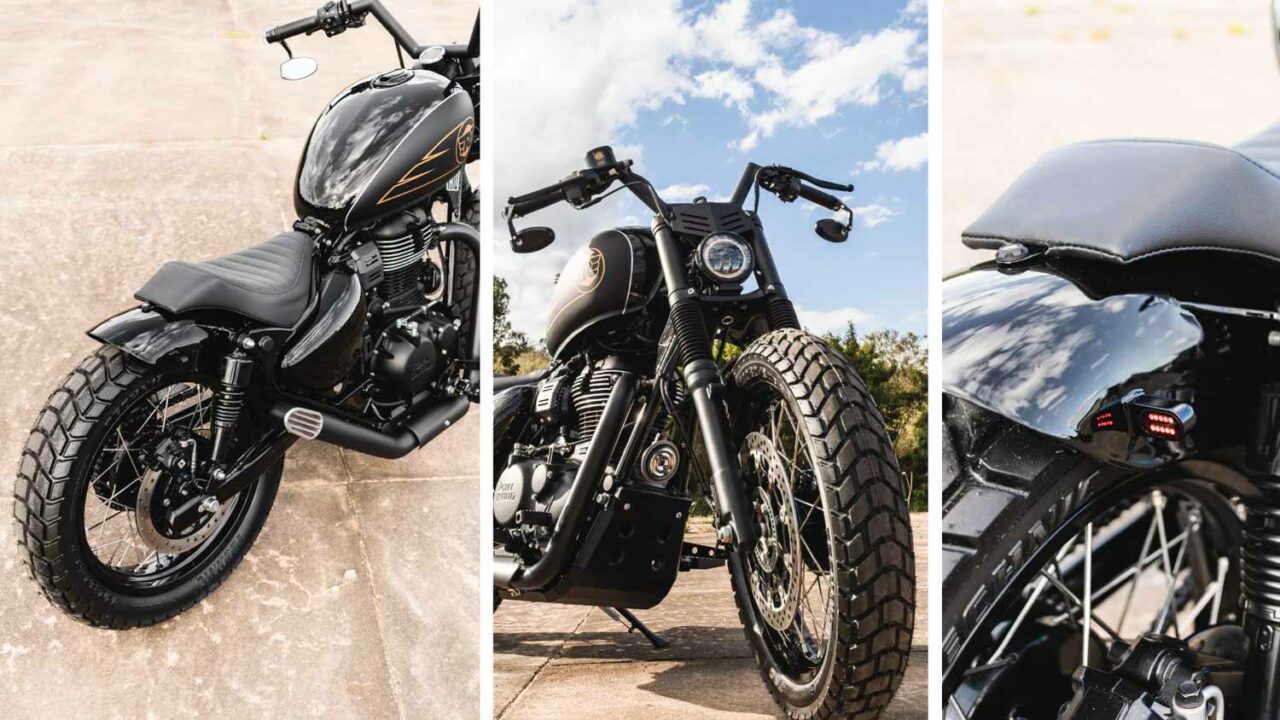