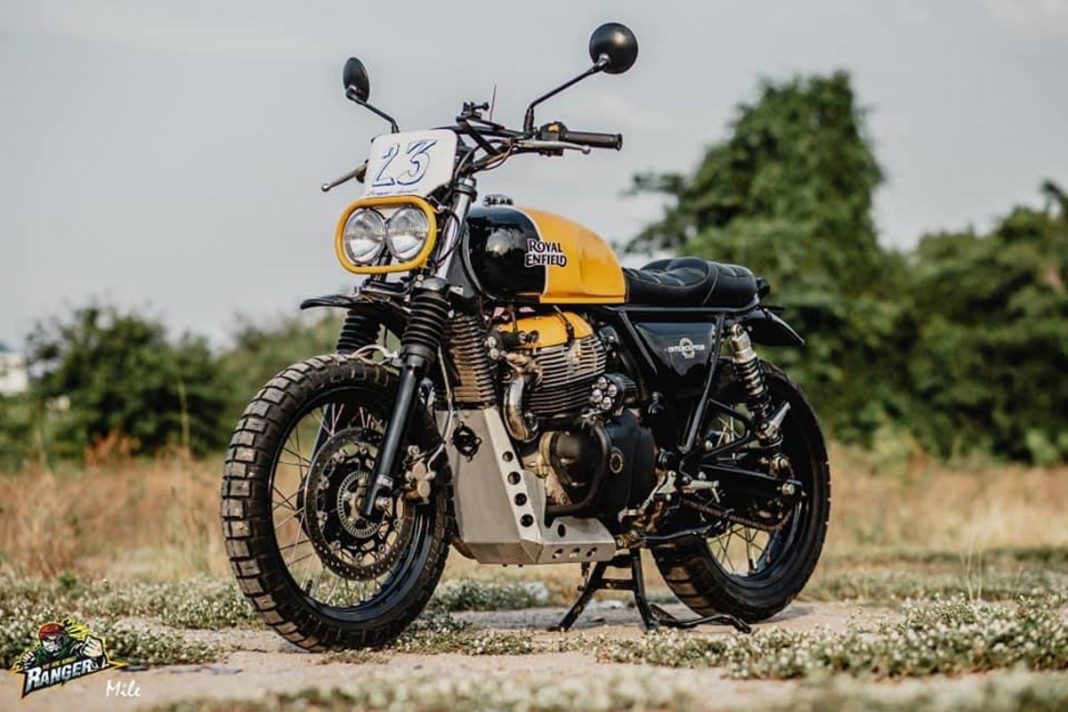 The custom scrambler gets several modifications including new tyres, twin headlamps, custom fenders and seats among others

Royal Enfield introduced the Interceptor 650 and Continental GT 650 in late 2018 and it has received tremendous response over the last year and a half. The 650 Twins’ sales crossed more than 20,000 units in the financial year period between April 2019 and March 2020. They have certainly dominated their premium rivals from Harley-Davidson and Triumph and are largely adored for their no-frills characteristics in a highly accessible price range.

The homegrown manufacturer has been able to expand its reach aggressively in the international arena with the 650 Twins and their sales tally in Europe and Southeast Asian markets has also been appreciable. Consequently, we have seen some mouth-watering renderings and mod jobs in the recent past from elsewhere. The Thailand-based Ranger Korat has come up with another brilliant piece of modification and this time with the Interceptor 650.

The front and rear fenders have been chopped for customised units and the bright yellow finish can be seen on the fuel tank, top section of the engine and Royal Enfield lettering as well as on the exhaust tip. Moreover, the custom round-shaped twin headlamps has bright housing too. The aftermarket seat and the chopped fenders do bring a scrambler look to the modified Interceptor 650. 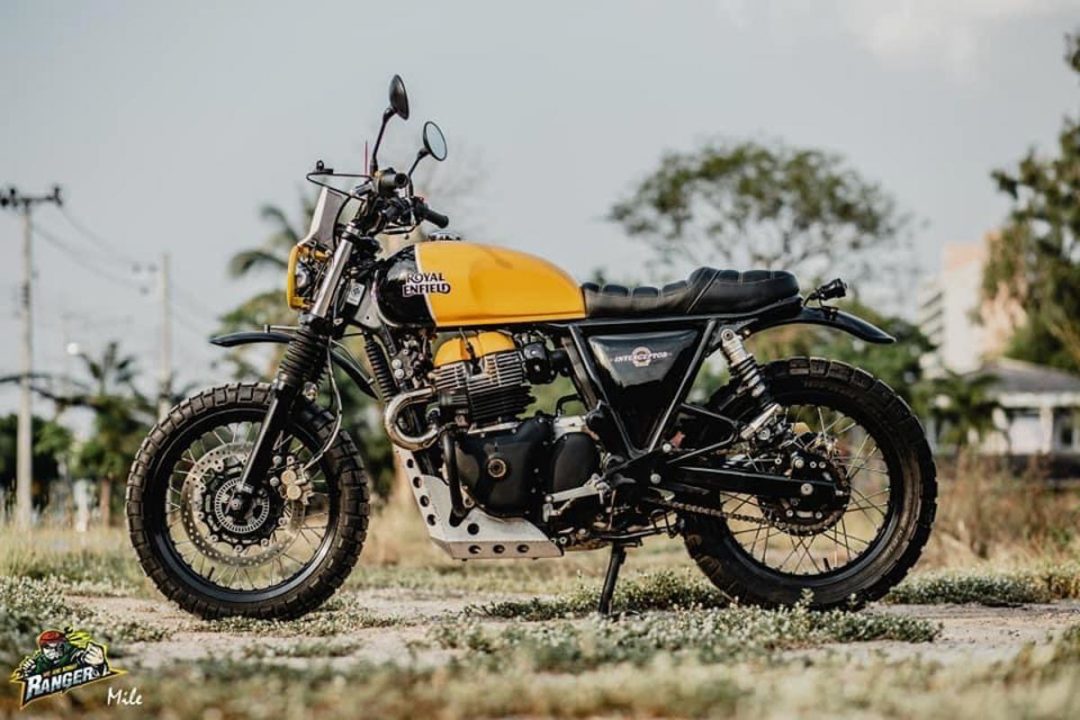 Additionally, the handlebar is also modified while the competition 23 number on the visor with Ranger Korat wording shows that the Interceptor can also be considered as a tracker. For touring purposes, the auxiliary lights are mounted on the crash guards while the compact rear section, lacking the grab rails and turn signals, comes with a tiny rear tail lamp.

The seat is also stitched in contrast yellow colour. The massive bash plate protects the engine from damages while the studded tyres appear to play the dual-purpose on- and off-road role. No mechanical changes seem to have been made as the customised Royal Enfield Interceptor 650 derives power from the 648 cc parallel twin-cylinder engine with 270-degree firing order. 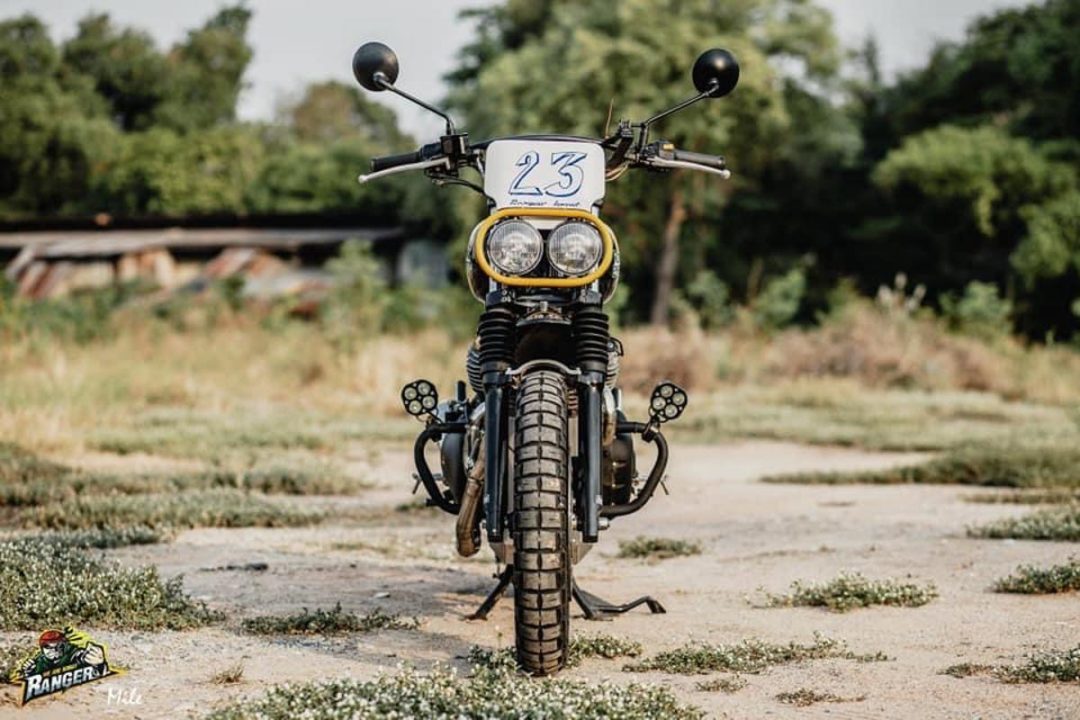 The powertrain produces a maximum power output of 47 horsepower and 52 Nm of peak torque and is paired with a six-speed transmission. It gets dual-channel ABS and a slip assist clutch as well.