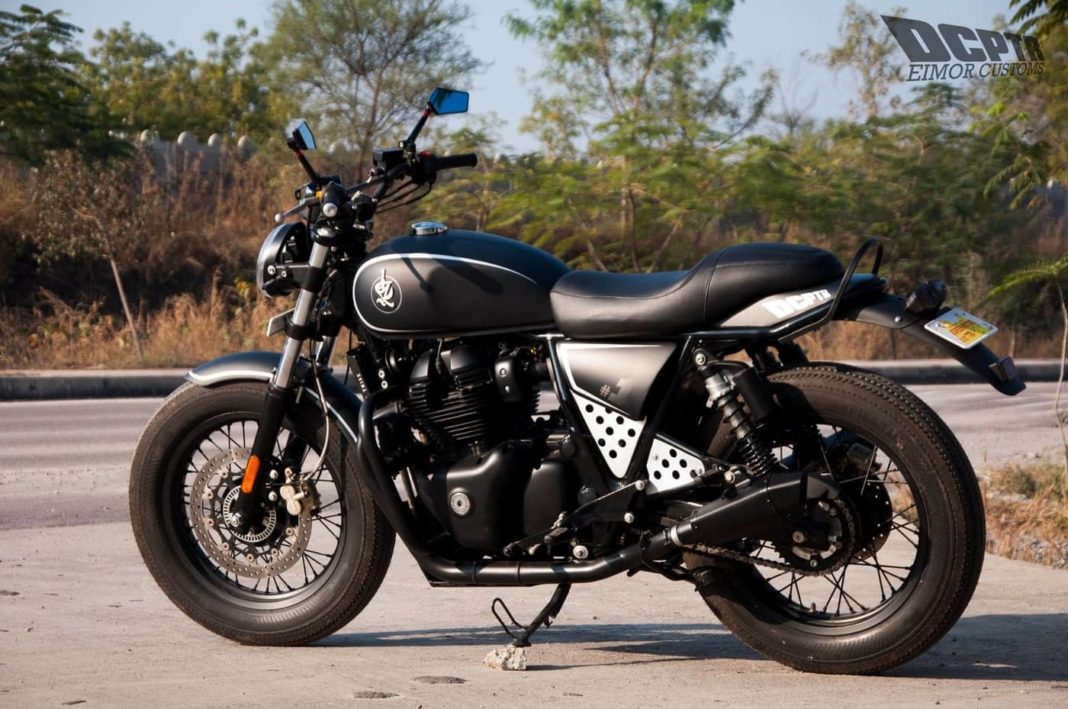 Check out this customised RE Interceptor 650, built by EIMOR Customs, which looks sharp, stealthy, and beautiful

Back in November 2018, Royal Enfield launched the Interceptor 650 and Continental GT650 in the Indian market. The ’650 Twins’, as they are commonly known, managed to garner a lot of popularity among Indian motorcycle enthusiasts, owing to their brilliant price-to-performance ratio. As with other Royal Enfield motorcycles, modified examples of the RE 650 twins can be found everywhere, on the streets as well as online.

Here, have a custom-built RE Interceptor 650, affectionately named ‘DCPTR’ (stylised version of Deceptor), which has been built by EIMOR customs. The motorcycle sports plenty of changes, which we shall list here. At the front, we see a new, sharp-looking LED headlamp along with a single-pod digital instrument cluster. The handlebar and switchgear seem stock, but aftermarket rear-view mirrors have been added here.

The front fender is short and sporty-looking, and the bike also gets a custom bash plate and engine guard. On the latter, two auxiliary LED lamps have been mounted on both sides. The centre panels have been replaced by custom two-piece units. The tail section has been chopped short, and a custom fender has been added. The motorcycle also sports a new taillight and pillion grab rail. 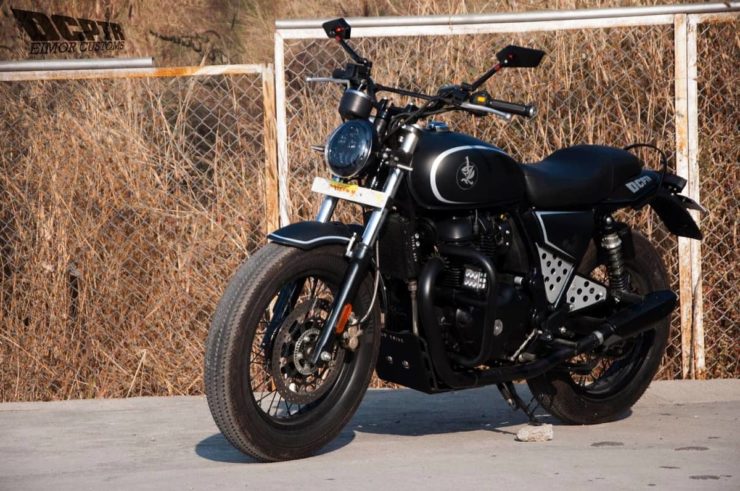 The new seat is thickly padded and looks huge, although the pillion section is quite short. The entire bike has been painted black, including the engine and exhaust. On the tank, we see silver pinstripes and custom aluminium insignia. There are silver pinstripes on the centre panels as well, along with a faint ‘#1’ sign.

The wheels are stock wire-spoke units, but have been blacked-out and are shod with ribbed balloon tyres. The exhaust system gets new, shorter end cans. On the tail, ‘DCPTR’ lettering can be seen on both sides, which completes the look. Overall, the bike looks extremely edgy and sharp, and we love it! 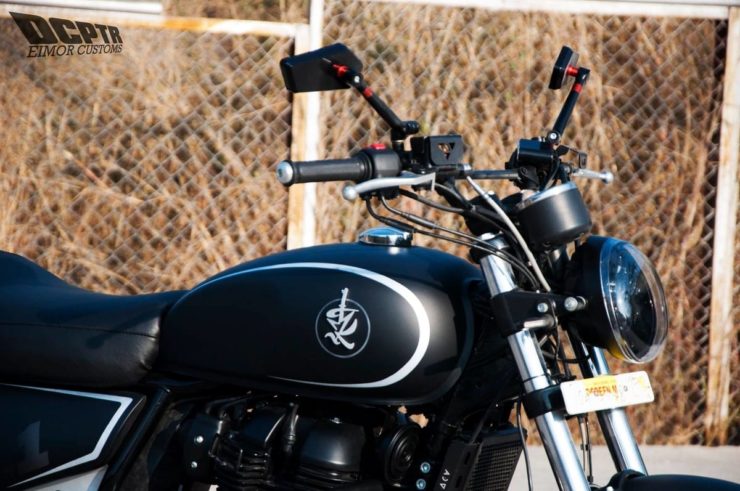 No changes have been reported to the powertrain of the motorcycle. Royal Enfield Interceptor 650 is powered by a 648cc, air/oil-cooled, parallel-twin engine, which generates a maximum power of 47.65 PS and a peak torque of 52 Nm. It comes paired to a 6-speed sequential gearbox, along with a slipper clutch.