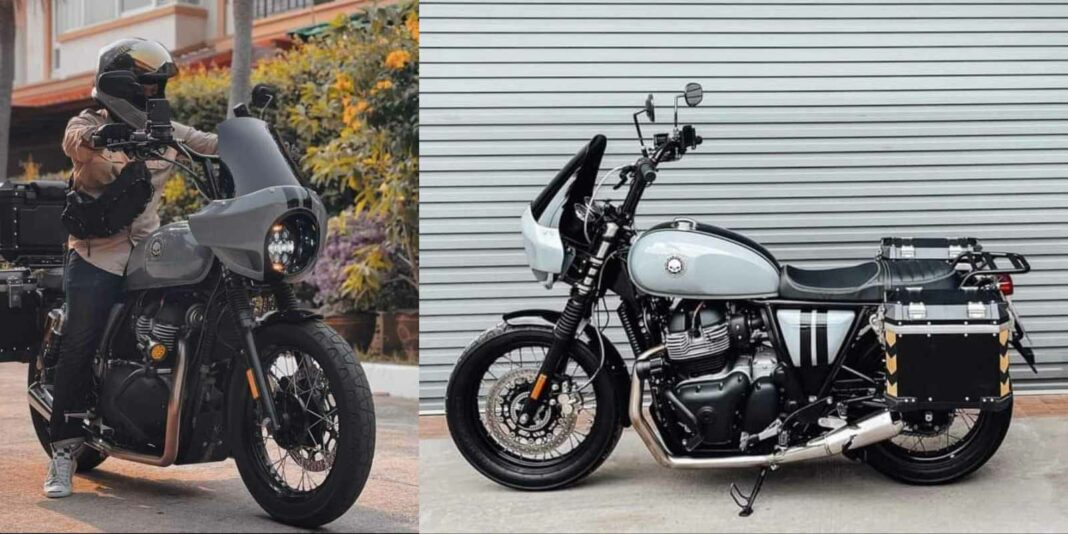 The Royal Enfield Continental GT 650 is currently one of the most powerful and expensive bikes in the brand’s line-up and offers strong performance and commendable riding experience. While the bike already boasts a strong character and an impressive road presence, this modified bike further features a long list of updates and accessories that make it fit for long-distance touring.

To start with, this modified Royal Enfield Continental GT 650 gets a new nardo grey paint scheme with gloss black graphics that not only look premium but also attract a lot of eyeballs when out there on the roads. Moreover, the bike also gets new rearview mirrors, a larger windscreen, and a new headlight cowl with a nardo grey finish. The engine block also gets a black engine guard and a new exhaust setup.

To further make the bike more practical and suitable for long-distance commutes, the bike gets panniers and a top box along with a new seat design and additional padding. The rear grab rail too has been modified to accommodate the new top box. The stock wheels have been retained but now feature an all-black colour scheme. 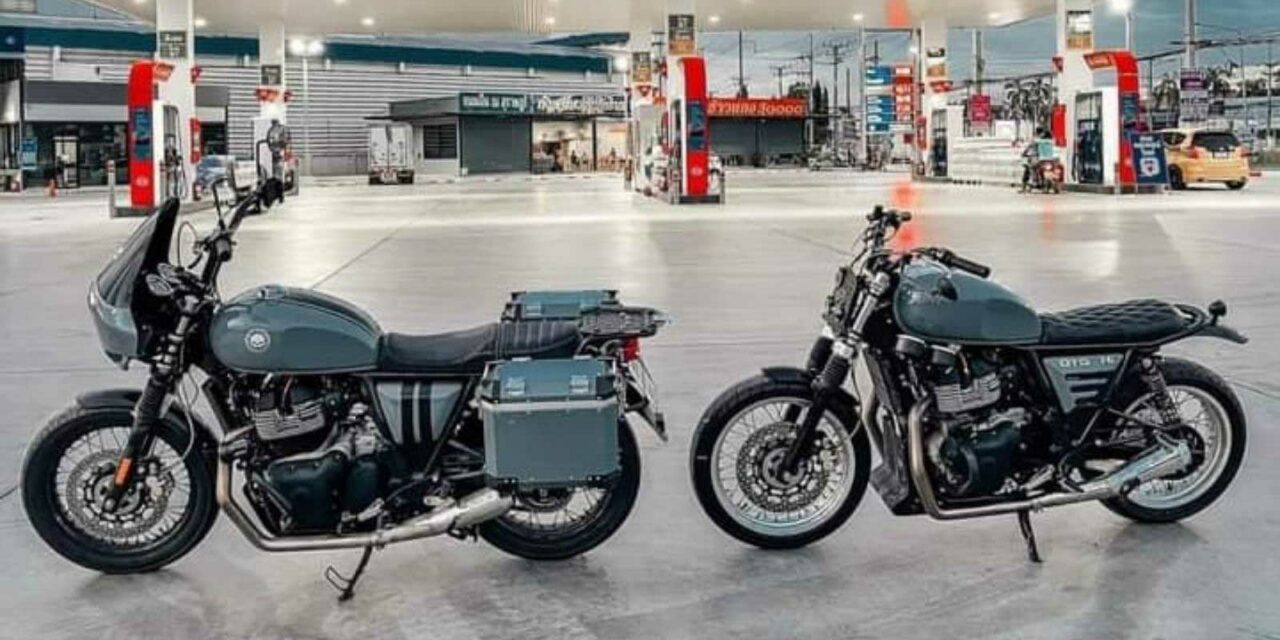 Having said this, the new Royal Enfield Continental GT 650 is one of the most practical offerings in the segment and is offered with a 648 cc twin-cylinder petrol engine that churns out 47 hp and 52 Nm of maximum torque.

This engine boasts around 80 per cent pulling power from as low as 2500 RPM, thus ensuring a stress-free and smooth riding experience. This engine comes mated to a 6-speed constant mesh gearbox with a slipper clutch as a standard fitment. 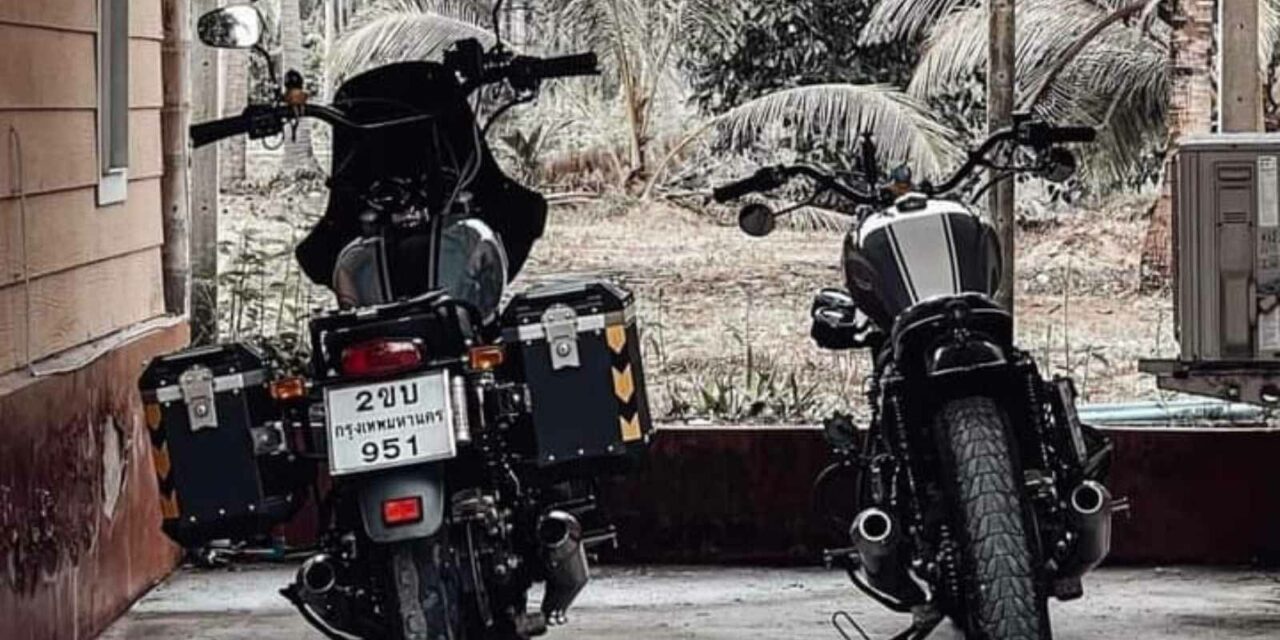 The RE Continental GT 650 is underpinned by a tubular steel frame with bolted trussing and in its stock form features a 41 mm front telescopic suspension setup and twin coil-over shocks at the rear. The braking duties are handled by 320 mm disc brakes at the front and 240 mm disc brakes at the rear. It measures 2122 mm in length, 1165 mm in width, and 789 mm in height. The seat height is measured at 804 mm.