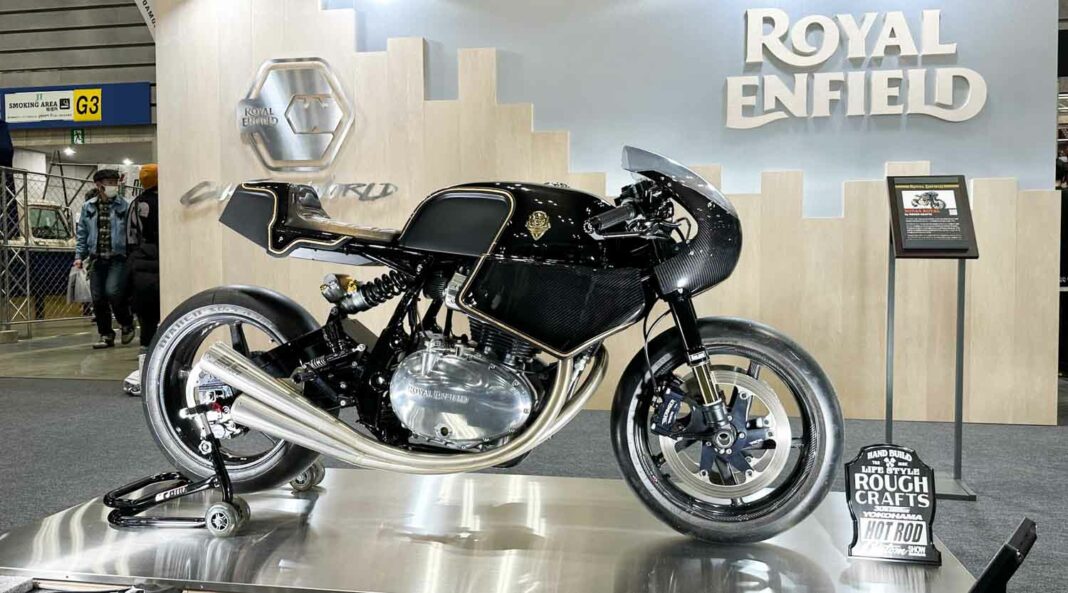 This modified version of the Continental GT 650 features custom body panels, a new exhaust and a tweaked frame

The Royal Enfield Continental GT 650 continues to be one of the most expensive bikes in the brand line-up and boasts a powerful engine and strong dynamics. We have seen a number of modified RE Continental GT 650 bikes in the past but here is a custom bike built by Taiwan-based Rough Crafts custom house that gets a completely new identity.

This new modified bike gets a custom carbon-fibre bodywork with an all-black colour theme. The colour scheme is furthermore complemented by gold pinstripes while the fuel tank is similar to the stock version. The rear frame of the bike has also been modified and the bike now gets a new, distinctive shape with custom panels.

The bike also gets Ohlins inverted fork and a mono-shock suspension setup while it also gets five-spoke alloy wheels wrapped in Pirelli Diablo Superbike SC2 tyres. The braking hardware has also been upgraded and the front brakes now get more powerful Beringer callipers while the rear disc is now bigger and more powerful. 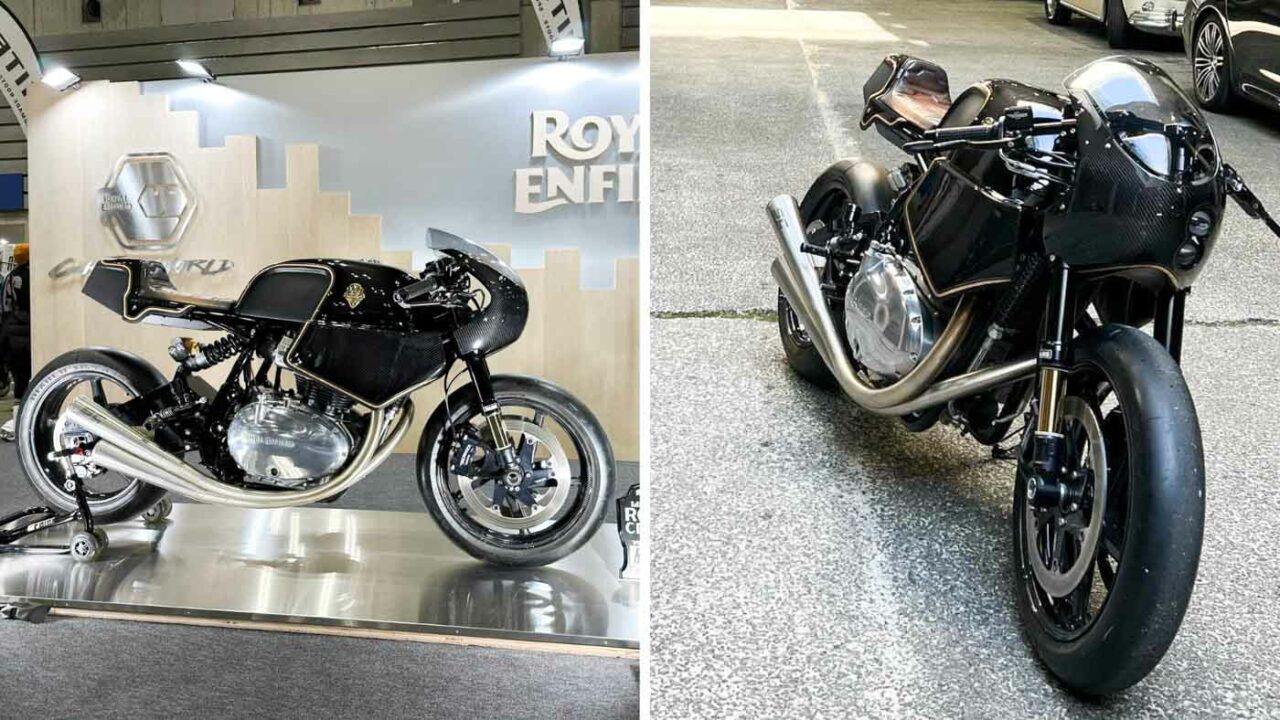 While the bike continues to get a 648 cc petrol engine, it now comes painted to a twin SC Project full system exhaust that helps in improving the performance of the bike. In its stock form, this engine churns out a peak power output of 47.6 PS and a maximum torque output of 52 Nm.

Having said this, the bike is also working on many other bikes that will be underpinned by the same 650cc platform. The brand recently unveiled the new Super Meteor 650 in the country and is soon expected to introduce the Shotgun 650, Classic 650, Himalayan 650, Scrambler 650 and Bullet 650.

In addition to this, the brand is also working on a few new 450cc bikes like the Himalayan 450, and Scram 450. Both bikes will be underpinned by a new platform and will offer a new, more powerful liquid-cooled engine. More details however are yet to be known.