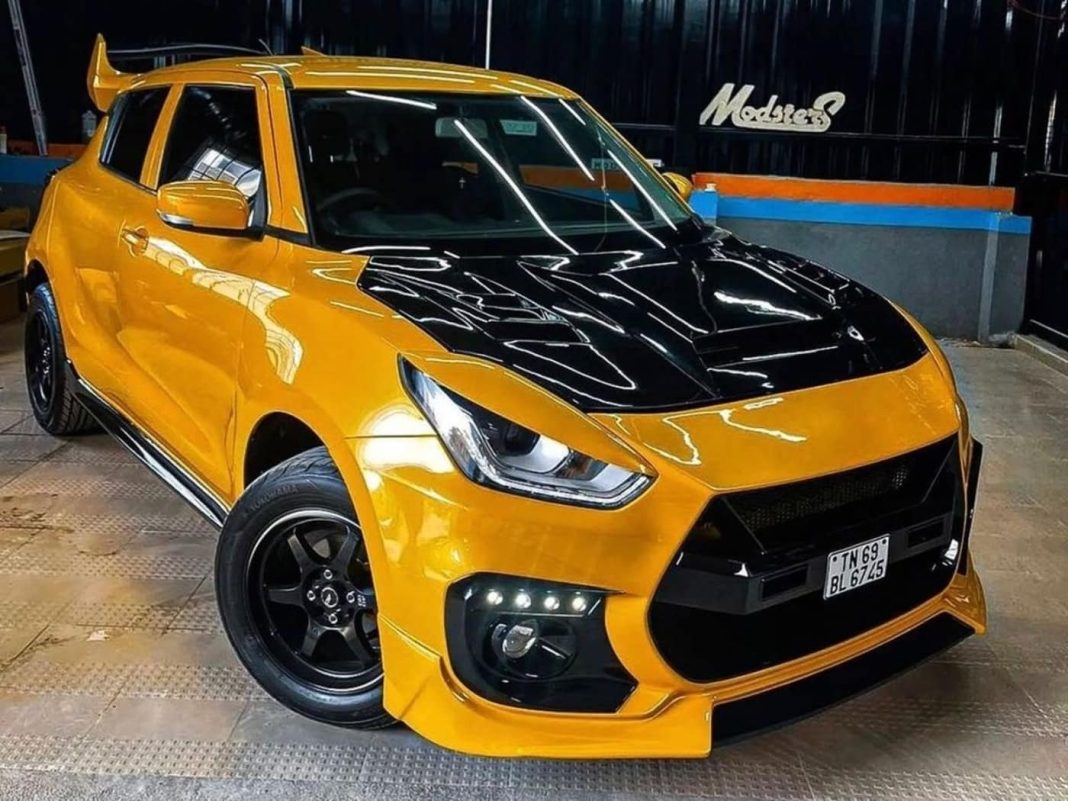 Check out this custom-built Maruti Suzuki Swift, by Chennai-based Modsters Automotive, which sports plenty of interior and exterior mods

Maruti Swift is one of the most popular vehicles, not just in its segment, but the entire Indian car market. The biggest reasons for its popularity are its relatively affordable price tag, a punchy yet frugal engine, and exciting handling. It is also quite popular among enthusiasts, most of whom love to customise their rides.

Here, we have a modified Maruti Swift, built by Modsters Automotive, a custom auto workshop based in Chennai, Tamil Nadu. The mod job is quite extensive, and the end result is nothing short of impressive. The first thing to notice here is the bright Pearl Golden Yellow paint job. The bonnet, front grille, fog lamps housings, rear bumper, etc., have been blacked out.

The headlamps feature body-coloured eyelids, which sharpen up the front fascia. It also gets an aftermarket lip spoiler, while auxiliary LED lights have been added above the foglamps. The stock rims have been replaced by JDM-style ADV1 5-spoke 15-inch alloy wheels, shod with 195/60 Yokohama S Drive tyres.

This modified Swift also gets GT rear bumpers with twin exhaust pipes, along with blacked-out side skirts. The taillights are aftermarket LED units, featuring a Mini Cooper-like Union Jack pattern. A massive roof-mounted spoiler has been added here as well, which looks brilliant and enhances the sporty appeal of the hatchback even further.

The car has been given ceramic coating as well, for an extra shine on the exterior. The interior has been modified as well; the seats get custom skin-fit upholstery, black with yellow highlights, and the dashboard, steering wheel, and door panels get yellow inserts. Custom floor mats have also been added here, featuring the same black and yellow colour scheme. 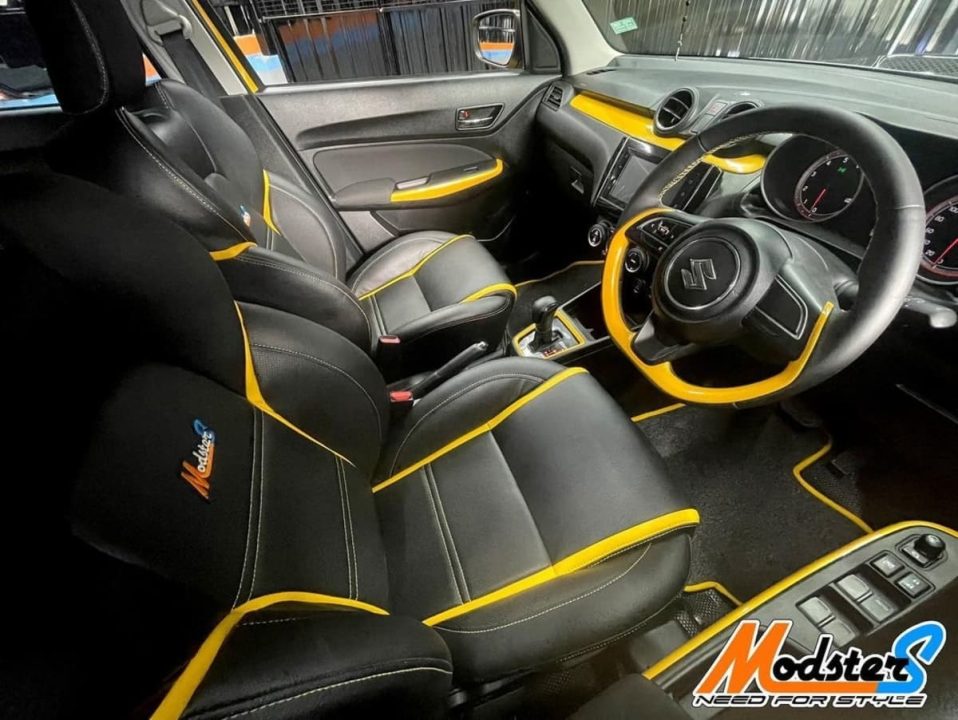 As per the workshop, the vehicle has a Super Saiyan-inspired design, which is evident by the bright golden paint and beefy body. No changes under the hood have been reported, so we’re not sure if any performance mods have been added. This particular model is the pre-facelift Maruti Swift, which had a 1.2L petrol engine (83 PS/113 Nm), available with a choice between a 5-speed manual gearbox and a 5-speed AMT.