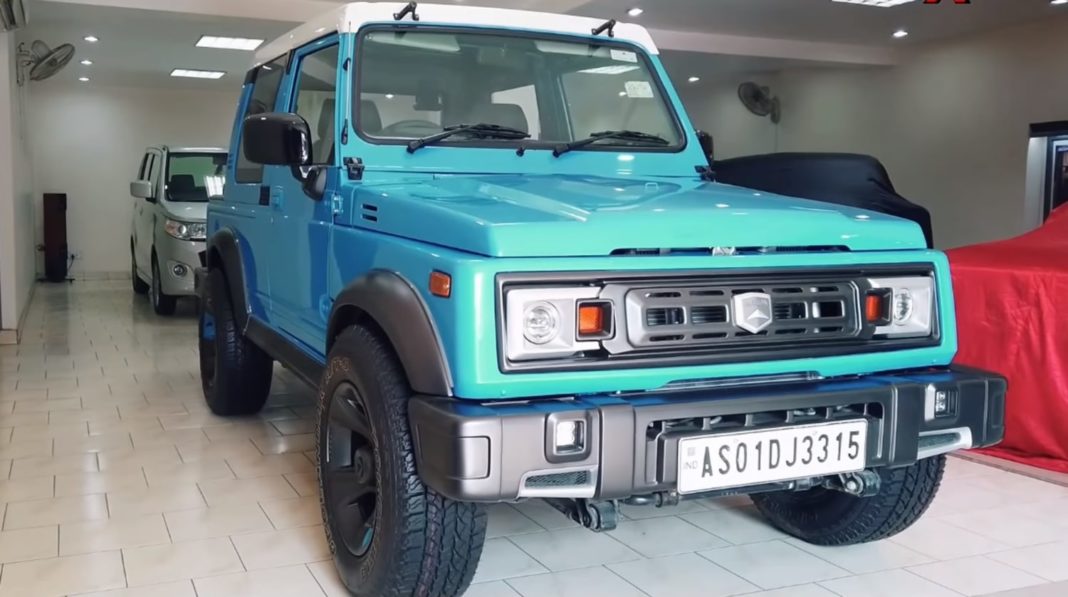 Here, we have an extensively customised Maruti Gypsy, which blends together modern and retro design elements

Maruti Gypsy is one of the most iconic vehicles in India of all time. First launched back in December 1985, this SUV was the long-wheelbase version of second-generation Suzuki Jimny. Initially, it was available with a 1.0-litre ‘F10A’ engine, but Maruti later switched to the larger 1.3-litre ‘G13BA’ engine, and then the 1.3L ‘G13BB’ (fuel-injected) engine. Due to its lightweight body and brilliant AWD system, the Gypsy was a favourite among rally enthusiasts.

Even though the Gypsy has been discontinued (for civilians, limited production still continues for the Indian army), its popularity hasn’t diminished at all. There are plenty of people who own and maintain a Gypsy in their garage, some of which are customised. Here, we have one such example of a modified Maruti Gypsy, which manages to look modern and retro at the same time.

This particular modified Maruti Gypsy has been christened ‘Gypsy Scout’, and is built by AGM Technology, a Delhi-based custom garage. At the front of the SUV, we see a custom square grille, flanked by square indicators and square-ish headlights. A new off-road-spec bumper has been added here, with integrated square-shaped foglamps.

At the sides, we see that the silhouette has been changed. This model gets a hardtop roof, but the C-pillar ends the cabin before the tail-end. The rear section gets a small flatbed trunk, and a new bumper (with integrated LED taillights and LED indicators) has been added. Interestingly, the SUV sports a tail-mounted spare wheels, just like on the stock car.

New blacked-out alloy wheels have been added to the car, shod with Yokohama tyres. It also gets a dual-tone paint scheme; the white roof compliments the blue exterior paint of the rest of the body. On the inside, we see that the dashboard is stock, but with a few alterations. The AC vents in the centre of the dash are new elliptical units, and a small clock has also been added.

The instrument console, steering wheel, and the switchgear are all stock as well. A new stereo system has been added, and the car also sports a new roof liner with a segmented sunroof. Power brakes, power windows, and power-operated ORVMS have also been added, and we also see forward-facing seats for the rear passengers. No changes to the engine and transmission are reported here.

The cost of these modifications is around Rs. 7 lakh, which isn’t a lot considering how extensive this makeover is. This modified Gypsy look quite nice, although we must add that the stock Gypsy was already quite a handsome looking car. The fourth-generation Jimny is rumoured to be arriving in India soon though.