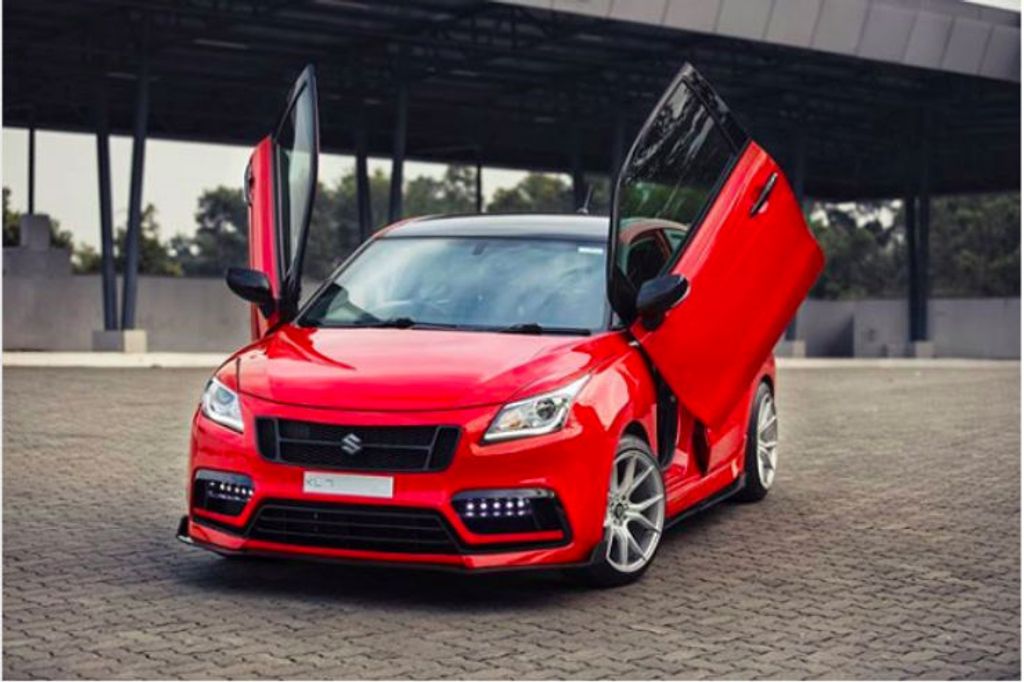 Maruti Suzuki Baleno is one of the best selling premium hatchbacks in the country but we haven’t seen many modified Baleno’s in the country as most of the owners prefer the stock look. But some customers are different and here is one such Baleno from Kerala done by 360 Motoring.

Well let’s talk about the biggest change they have done to the stock model and it is the scissor doors as they open upwards but when they are closed, it looks like stock doors. The custom shop hasn’t made any changes to the rear door. The stock headlamp unit has been retained but the top portion gets small wrapping.

The front grille is new and it is finished in black colour with Suzuki logo in the middle. 360 Motoring has given new body kit and the front bumper is completely new as they have given LED lights on the fog lamp housing. The changes made to the front gives an aggressive look for the hatchback and the modified Baleno rides on 17-inch wheels with low profile tyres.

The suspension has been lowered to make the hatchback look sporty. The side gets new skirts and all the chrome on the hatchback has been removed except for the one on the hatch door. The custom shop has given LED tail lamps but the design is similar to stock units. The rear bumper is also new with two big diffusers. 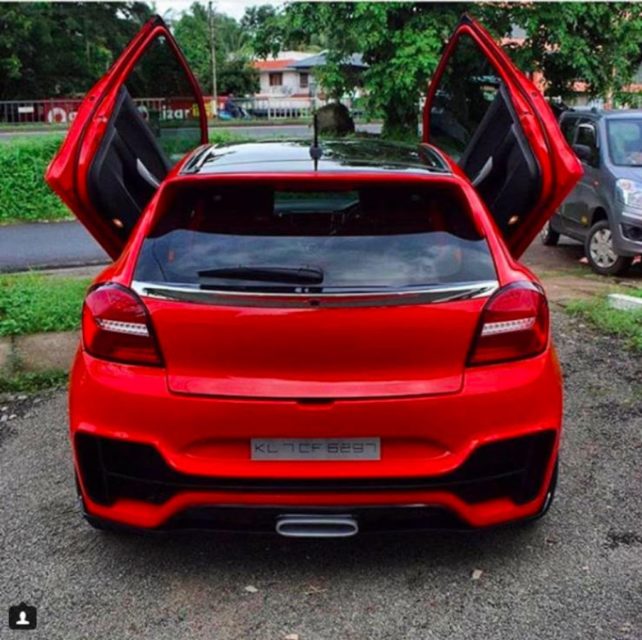 The exhaust is placed in the middle and the design took inspiration from supercars. The Baleno is finished in dual tone colour with red colour for the body and roof, mirrors and door in black colour. The interior is not yet revealed, but we can expect some minor changes like new seat covers to make the hatchback feel special from inside also.

The engine and gearbox combo remains the same as the regular model is powered by 1.2 L K-Series engine with 82 bhp and 114 Nm. The 1.3 L diesel engine puts out 74 bhp and 190 Nm. Both these engines are mated to a 5-speed manual and CVT auto is available in petrol only. Maruti Suzuki is working on an update for Baleno and it will reach the market next year.