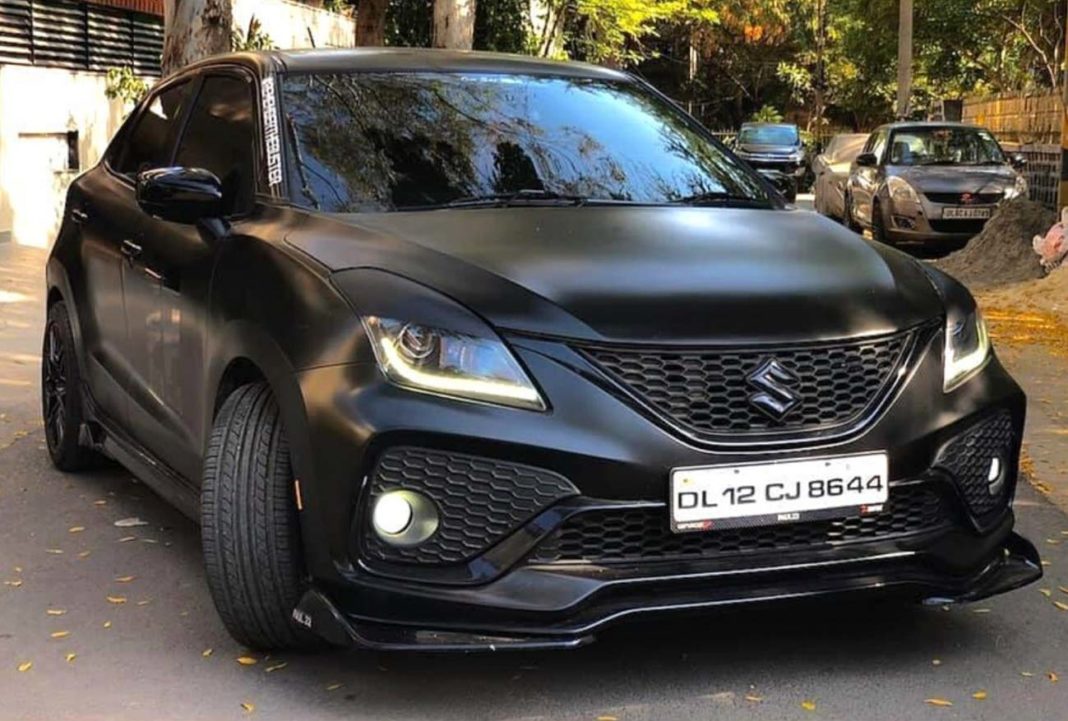 While the Maruti Baleno RS is no longer on sale, it remains a favourite of many car enthusiasts owing to its powerful 1.0-litre three-cylinder turbocharged petrol engine

Earlier this year, Maruti Suzuki India Ltd, the country’s largest-selling carmaker, pulled the plug on the Baleno RS. Basically, the company chose to not upgrade the car to achieve BSVI compliance owing to the lackluster demand for it in comparison to that for the regular version. However, there’s no denying that the Baleno RS is a lot more fun than its standard sibling and that is mostly due to its powerful K10C engine.

This makes the Maruti Baleno RS a choice of many car enthusiasts, especially those who don’t wish to invest in high maintenance models like the VW Polo GT TSI. The owners of the Baleno RS often take the aftermarket route to make their vehicles even more desirable. The all-black car you see in the images on this post are of one such Baleno from New Delhi. However, there’s a twist here.

The Maruti Baleno seen here is not actually the RS version but a regular Baleno that has been given the RS look. It’s actually a Delta model that sports the same bumpers as the Baleno RS and even gets a different grille. Of course, apart from the many visual updates, it also comes with a handful of performance updates that make it look hotter than the standard version. 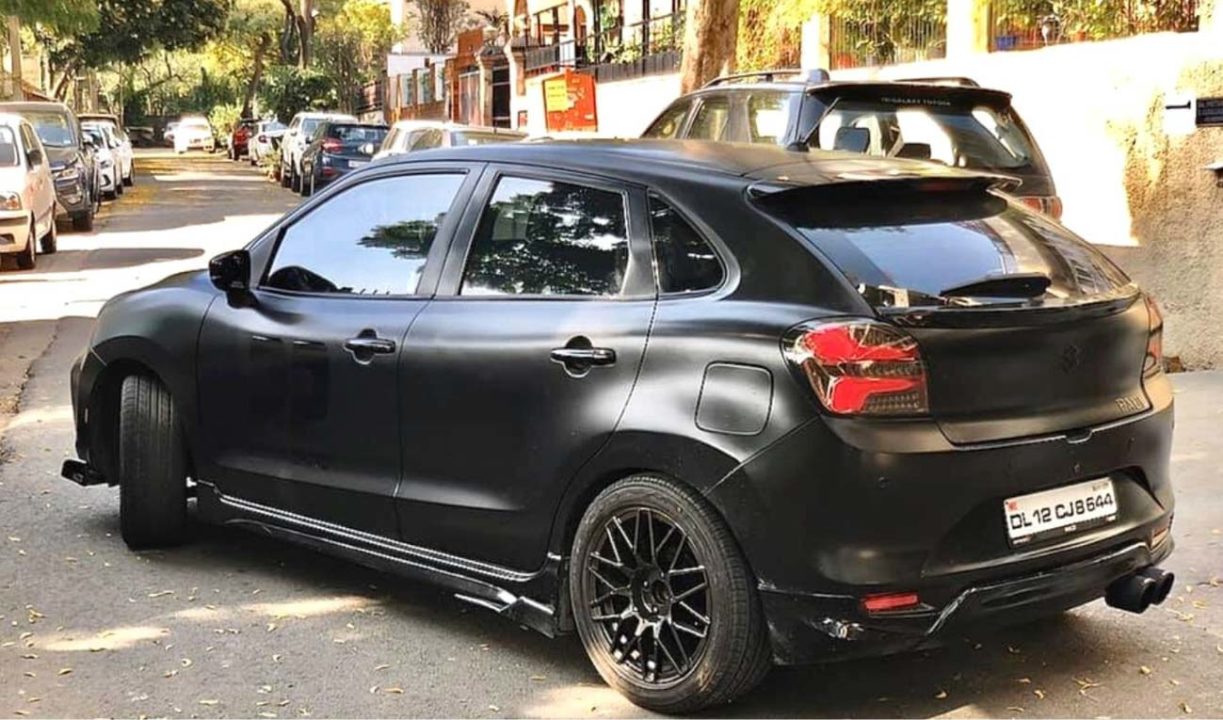 First things first, it gets an all-black look courtesy matte black paint scheme, blacked-out chrome bits, black tings and black paint on alloy wheels. Also, the car has been given the same bumpers and the grille as the Baleno RS as the bumpers on the regular Baleno comes with a rather boring looking set of bumpers. It also gets black headlamp eyelashes and a gloss black Transformers sticker on the front doors.

Other than this, the modified Baleno also sports bigger mag wheels shod with low profile tires, front bumper splitters and aftermarket taillamps. Other than this, the car has been lowered, which gives it a sportier stance. Moreover, it even features a custom exhaust system. While more details of performance modifications aren’t known at the moment, we won’t be surprised if it even features bits like a custom header or a performance air filter.