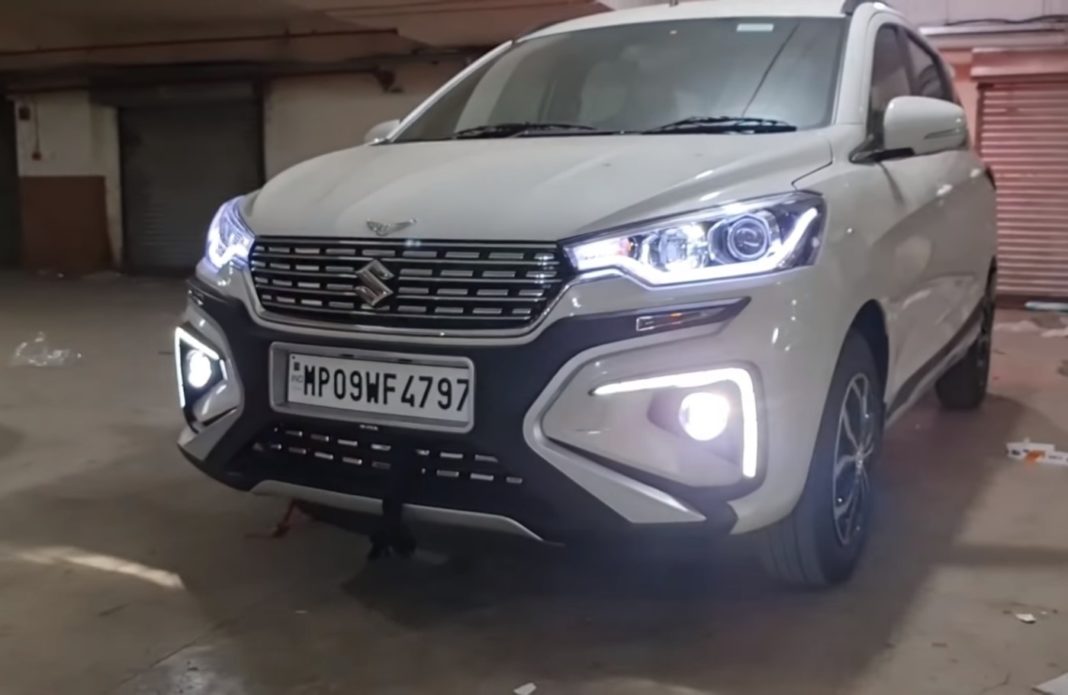 Check out this customised Maruti Suzuki Ertiga, which gets a premium makeover, courtesy some brilliant aftermarket accessories

Maruti Ertiga was launched in India back in 2021, and the MPV is currently in its second-generation (introduced near the end of 2018). The Ertiga is the most-popular MPV in the Indian market, owing to its low entry price, good interior space, and of course, Maruti’s expansive dealer network and good aftersales support.

Even though the Ertiga is mostly a workhorse, and not an enthusiast’s delight, there are plenty of modified examples of it. With such popularity in India, this isn’t unexpected! Here, we have another such example of a customised Maruti Suzuki Ertiga, which looks quite upmarket, thanks to its brilliant add-ons. The video below, uploaded by Rohit Mehta Sai Auto Accessories, showcases the custom MPV in its full glory.

The front end of this modified Ertiga gets custom LED DRLs integrated into the headlamps, with another pair of LED DRLs on the fog lamp housing, along with new fog lamps (with multiple light modes). For rainy season, the foglamps can throw yellowish beams, better suited for fogs and mists, and for night-time driving, these can emit bright white light for better illumination.

The vehicle also gets a massive bumper insert, black with silver-finished surrounds, which adds to its road presence. The air dam gets the same chrome inserts as the front grille, which looks great. Roof rails have been added to the MPV, along with a sporty roof-mounted spoiler. At the rear, we see a custom bumper with faux diffuser, fake twin exhausts, and rear fog lights. Dynamic pillar-mounted brakelights have also been added, which look brilliant.

The cabin of the car has received a lot of luxury treatment. On the door panels, we see carbon fibre style inserts, along with walnut-coloured leather inserts with diamond stitching. The seat covers get the same leathers, and this colour theme continues all around the cabin, even on the floor mats. The steering wheel also gets carbon fibre treatment, and the windows get UH heat-rejection film, which doesn’t affect the transparency of the glass. 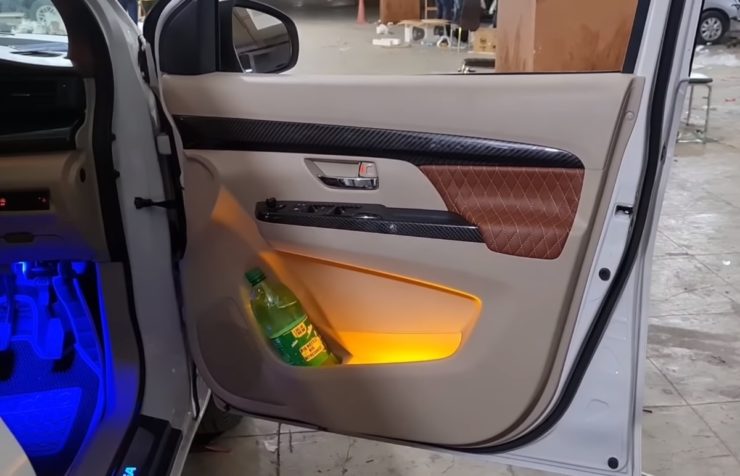 A centre armrest has been installed, which has a storage space inside, and the car also gets an aftermarket infotainment screen. Other than that, the MPV gets ambient lighting, illuminated door sill plates, and an aftermarket security system with a custom key fob as well. The exact cost of these modifications isn’t known, but the host does mention the price of a few parts in the video. Overall, this Ertiga feels extremely upmarket, and interestingly, these particular mods aren’t illegal!