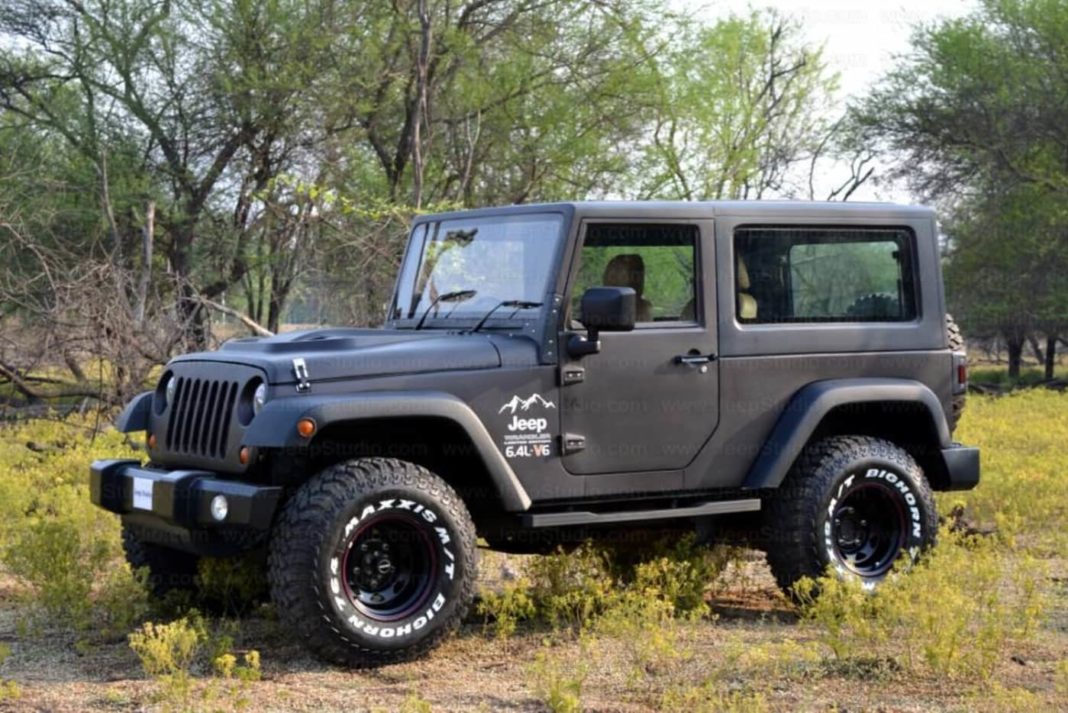 Check out this modified Mahindra Thar, which has been transformed into a three-door Jeep Wrangler lookalike

Mahindra Thar is one of the most iconic SUVs in the Indian market. First introduced back in 2010 as a replacement for MM540, the Thar was an extremely capable off-road vehicle, with a relatively affordable price tag. It was quite popular among custom builders as well, and we’ve seen plenty of modified Mahindra Thar over the years. Here, we have another customised Thar, which resembles Jeep Wrangler.

This particular model has been built by Jeep Studio, a custom car garage in Coimbatore. The SUV gets custom matte black paint, and sports plenty of mods. At the front, we see an aftermarket grille, with Jeep’s signature seven-slat grille. The front bumper has been replaced by an off-road-style unit, which gets integrated fog lamps. The headlights and taillights are aftermarket LED units.

Aftermarket turn indicators have been added on the front fascia and the wheel arches. The scooped bonnet adds flair to the design, and the vehicle wears blacked-out steel wheels with Maxxis Big Horn mountain tyres (including the boot-mounted spare). The SUV also gets custom vinyl with fake “Jeep Wrangler 6.4L V6” branding. Well, FCA’s 6.4L Hemi is a V8, but we’ll let that slide. 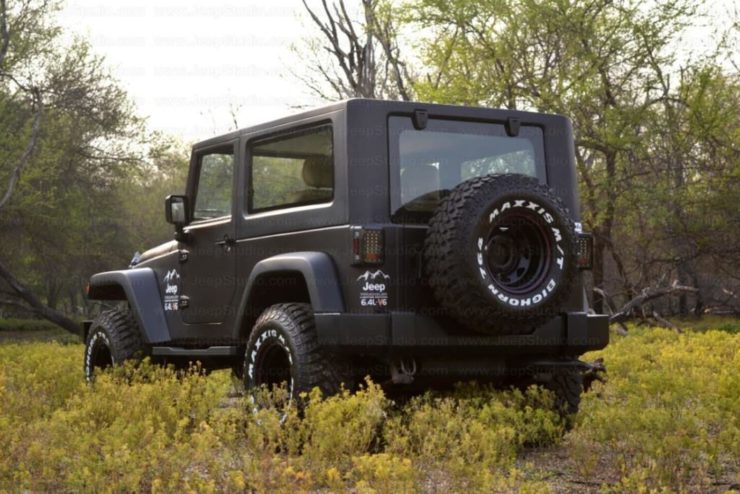 The side mirrors are sourced from an actual Jeep Wrangler. The vehicle gets a new metal roof, and toughened glass has been used for the windscreens and rear quarter windows (that don’t open). We also see custom side-steps/rock sliders, and the rear bumper is new as well. According to Jeep Studio, these modifications were done with the utmost care, in order to ensure that maintenance and servicing won’t be affected.

The cost of these modifications was reported at around Rs. 6.75 lakh, not including the donor car. This particular model is the old-gen Thar CRDe, which was powered by a 2.5-litre, inline-4, turbocharged diesel engine. This motor generated 105 BHP and 247 Nm, and came paired to a 5-speed manual transmission. 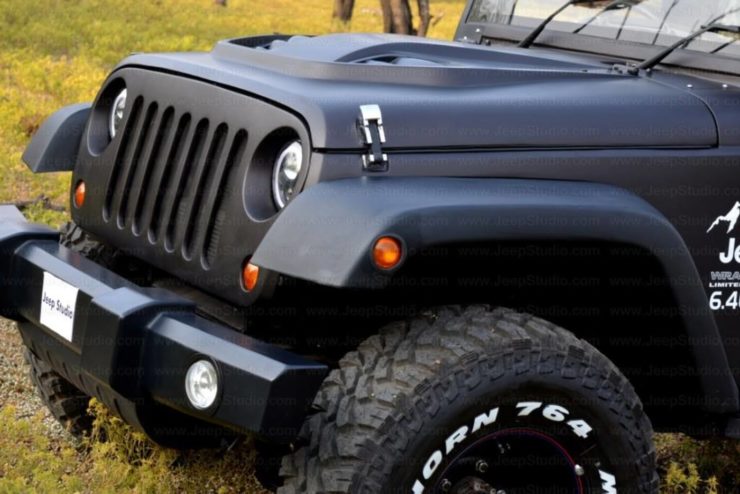 In October last year, Mahindra & Mahindra launched the new-gen Thar in the Indian market. The vehicle is currently priced from Rs. 12.10 lakh to Rs. 14.15 lakh (ex-showroom, New Delhi), and due to extremely high demand, it has a waiting period of up to 10 months for select variants!