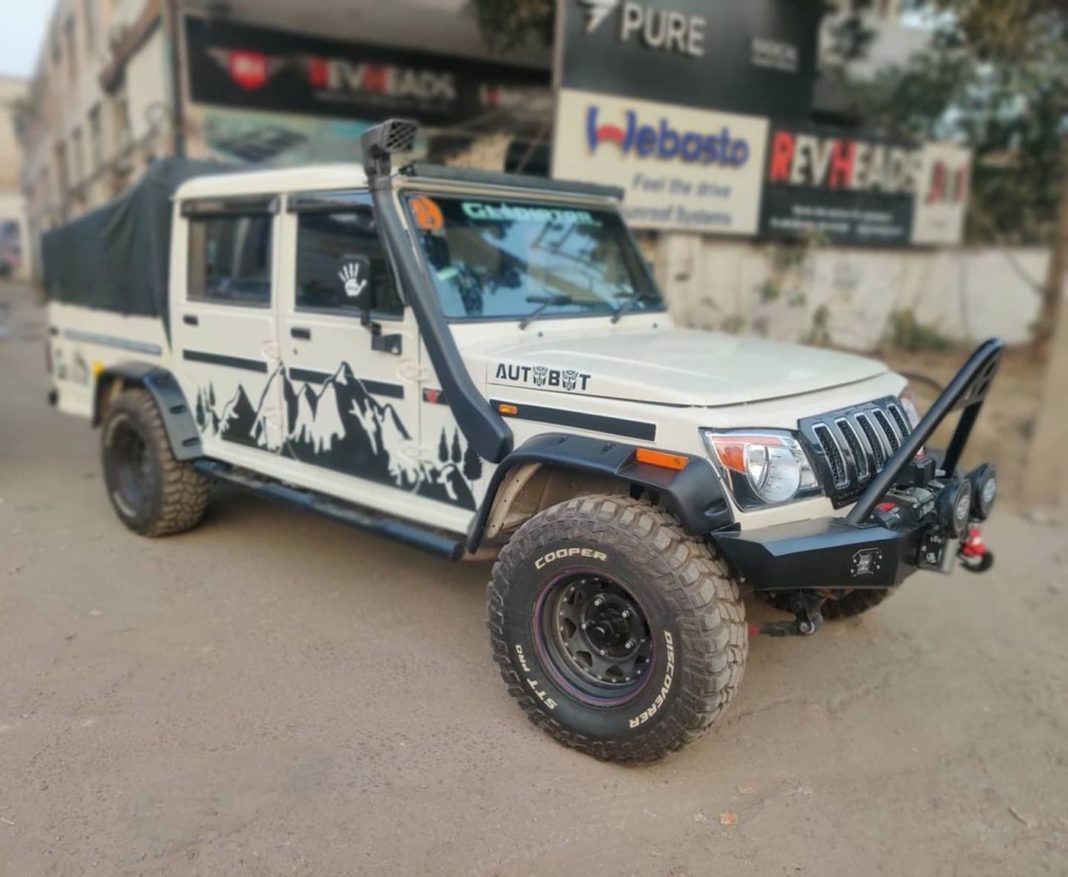 Check out this Mahindra Bolero Camper pickup truck, which has been customised with off-road mods and a premium interior

Among all the UVs Mahindra & Mahindra sells, the Bolero is the simplest one. It is built as a workhorse, with bare-minimum in terms of features and equipment. Its boxy styling, however, has earned it a lot of fan-following, and people usually take the aftermarket route to add all the features that are missing on it. It also has a pickup truck version, called the Bolero Camper.

Here, we have a modified example of a Bolero Camper, built by Revheads Chandigarh, which gets plenty of off-road mods. At the front, we see a see an off-road bumper, which gets integrated winch and LED fog lamps, along with mounts for auxiliary lights. A new blacked-out front grille has also been added to the vehicle.

The vehicle also gets plastic extensions for the wheel arches, along with new sidesteps/rock sliders, both of which are blacked-out. At the sides, multiple vinyls have been added, which look great and add to the overall spirit of adventure. A sunroof has also been added over the first row, along with a snorkel. The pickup bed gets a black plastic covering, and tailgate gets a custom mount for a jerry can. 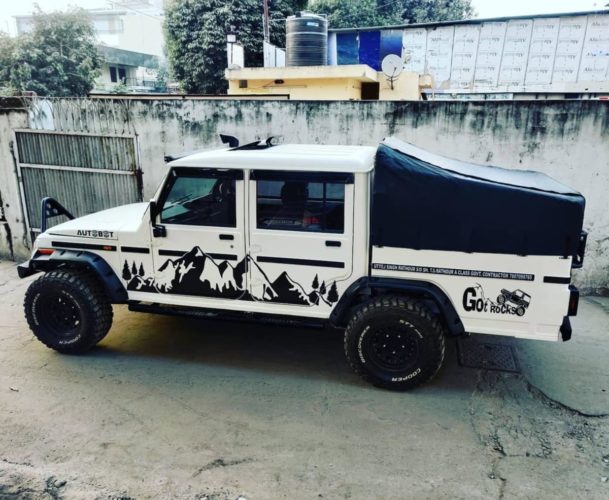 The taillights are beautiful multi-element LED units, and the reverse parking light is mounted below the rear bumper. The cabin of this Bolero Camper gets a lot of interesting changes as well. The dashboard gets custom leather on all surfaces, with wood inserts around the AC vents. An aftermarket infotainment system has also been added to the vehicle.

The seats get tan leather covers, and the headliner and door panels also consist of leather upholstery. The monochrome LCD instrument cluster is stock though. New 7D floor mats and new pedals have also been added to it. No changes have been reported to the powertrain of the vehicle. 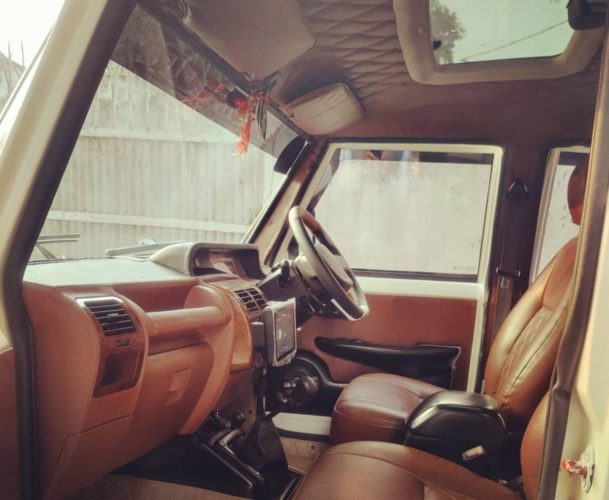 The Mahindra Bolero Camper doesn’t have a BS6 variant yet, so it is currently discontinued. It used to have a 2.6-litre diesel engine under the hood, which used to generate 75 HP and 200 Nm of peak power and torque, respectively. It came paired to a 5-speed manual transmission only, and was available in both RWD and AWD formats.