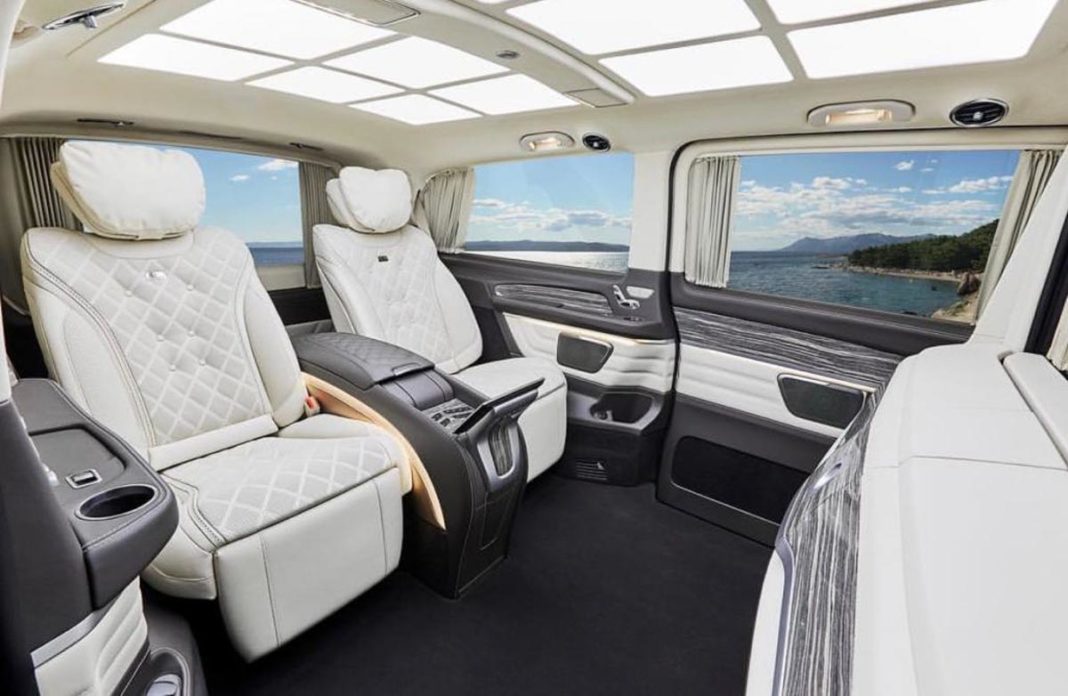 Klassen has modified the interior of the V-Class to bring it to a point of the S-Class’ premium feel. The beautifully stitched perforated seats are accompanied by cigar box in some versions that are covered in gorgeously crafted carbon-fibre material. The carbon-fibre finish is seemingly endless and if you blink you would miss the meticulous attention to detail by the German aftermarket tuner.

The door opening and closing are button operated and everything on the inside can be electrically adjustable including the curtains. The touch-operable iPad can change different ambient mood lighting setting and it can be customised depending on the colour we want and the intensity. It can also be operated using voice command while the side panels have glossy carbon-fibre finish along with HDMI port and 12V charger.

The seating arrangement is such that four passengers face each with two abreast. A couple of big entertainment screen will be at their disposal in select models. It can be said as a private jet on wheels and can rival any deluxe stretch limos with its features like a huge flat-screen monitor with built-in PlayStation 4, a multimedia system, automatic folding tables, Champagne flute, coffee maker, humidor, massager and drawers for champagne. 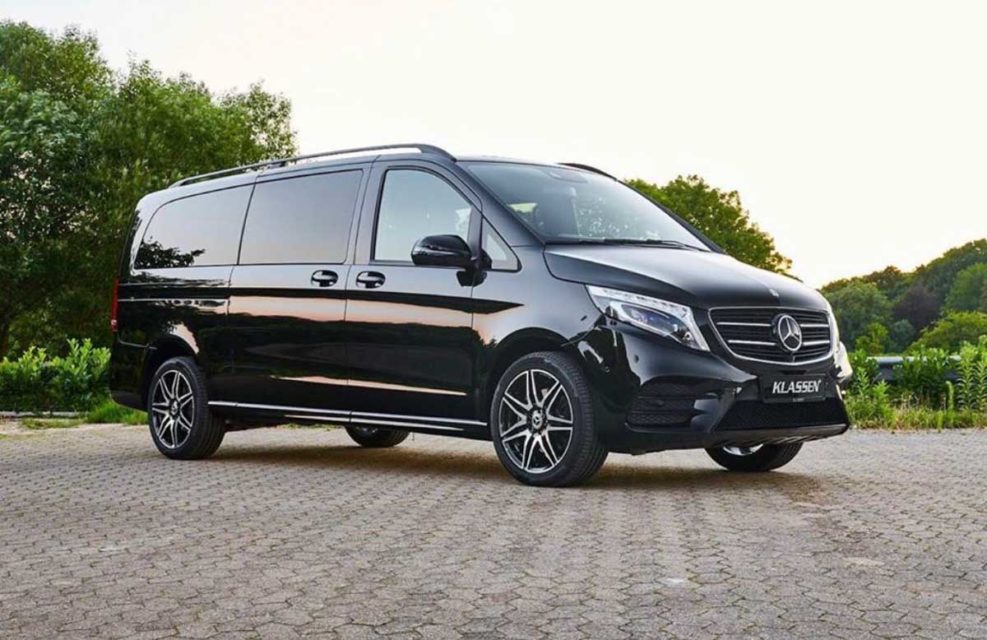 The front and rear cameras that can be displayed on the big screens while the seats have adjustable extensions for laying down and there is a biometric safe for your valuables in some of the select modifications as customers have a variety of options to choose. Other notable features include multiple storage compartments and cup holders.

Klassen means to class and some of the most expensive vehicles in its custom lineup include Range Rover Autobiography that was stretched by one metre with armoured protection. The firm typically takes three to four months to custom-build a vehicle and buyers can request unique features to be installed as well based on their preferences. 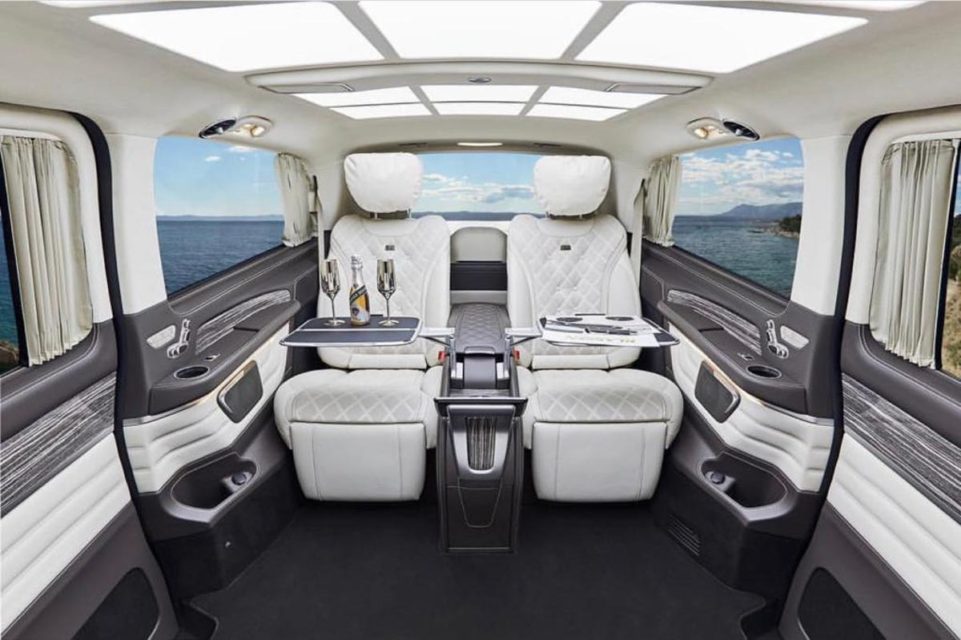 The pictures showed here are of the Klassen V-Class V250 2019 Luxury Van MVA1_1401 and the company says worldwide shipping is available. Anyone wanting a detailed quotation can write to Klassen in person. Mercedes introduced the V-Class in India at the beginning of this year in Expression Line and Exclusive Line variants priced at Rs. 68.40 lakh and Rs. 81.90 lakh (ex-showroom) respectively.