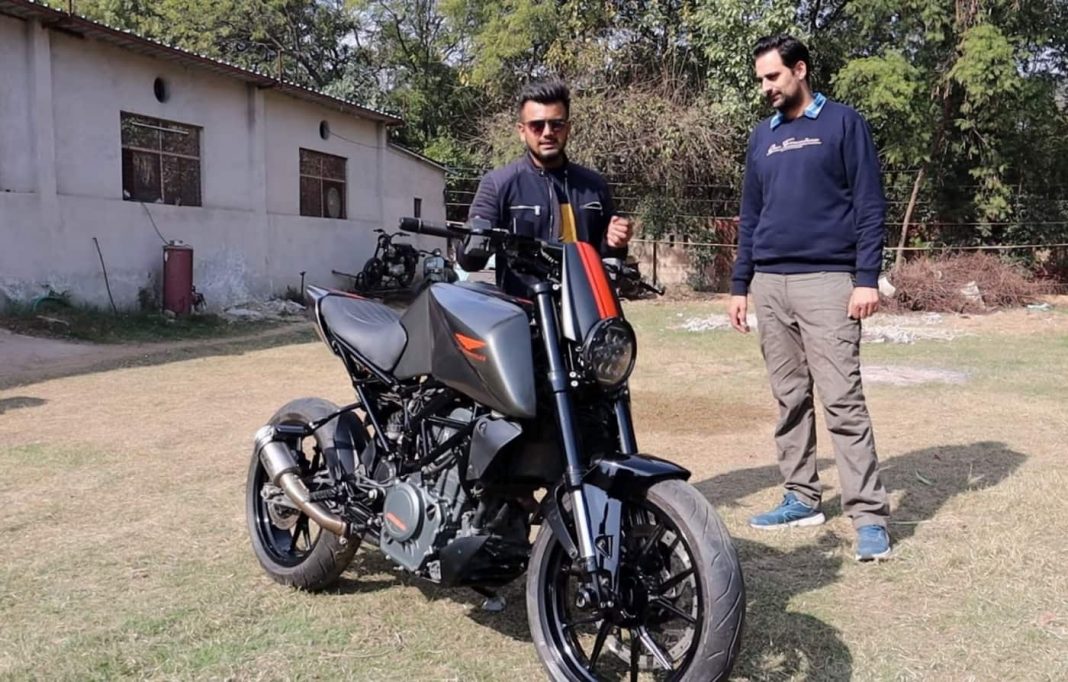 Here, we have a custom-built KTM 390 Duke, which features changes to the design, ergonomics, and performance

KTM 390 Duke is one of the most powerful budget-friendly motorcycles (relatively speaking) one can buy in the Indian market. As such, it is extremely popular among motorcycle enthusiasts in our country. A lot of such enthusiasts also love to customise their bikes, to improve performance or to make their machine look utterly unique.

The modified KTM 390 Duke we have here has a truly distinctive design. The video below, uploaded by Vampvideo, gives us a close look at all the changes on this custom-built KTM. At the front, we see an aftermarket LED headlamp, round in shape, along with a custom visor.

The fuel tank has a completely new design and is larger than the stock unit. The split trellis frame has been blacked out completely, which gels well with the grey paint scheme of the motorcycle. At the rear, the pillion seat has been replaced by a cowl. The tail section is short and stubby, and for a clean look, the taillight has been hidden way below.

There are orange racing stripes running longitudinally on the motorcycle, from the front visor to the tail end. There’s a custom logo on the fuel tank as well. The riding position has also been altered; the handlebars have been raised slightly, while the single seat has been moved up and further back. Even the footpegs have been shifted towards the rear, and the instrument cluster is now mounted on the handlebars.

The motorcycle also gets new tyres, a customised radiator, a new air filter, and an aftermarket exhaust. The bike has been designed for a tall customer, mainly for touring, thus the larger tank and the revised ergonomics. We’re quite impressed by the design of this custom-built 390 Duke. 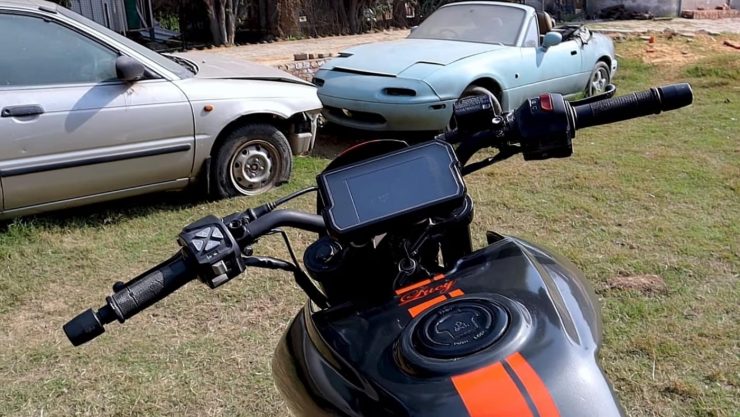 The approximate cost of these customisations has been reported at Rs. 1 lakh, which is more than a third of the price of a new KTM 390 Duke (Rs. 2.70 lakh, ex-showroom New Delhi)! The mod-job is quite extensive though, and this took around a month to finish. However, as eye-catchy as this looks, it will surely be a cop magnet on public roads; as such modifications have been outlawed in India.