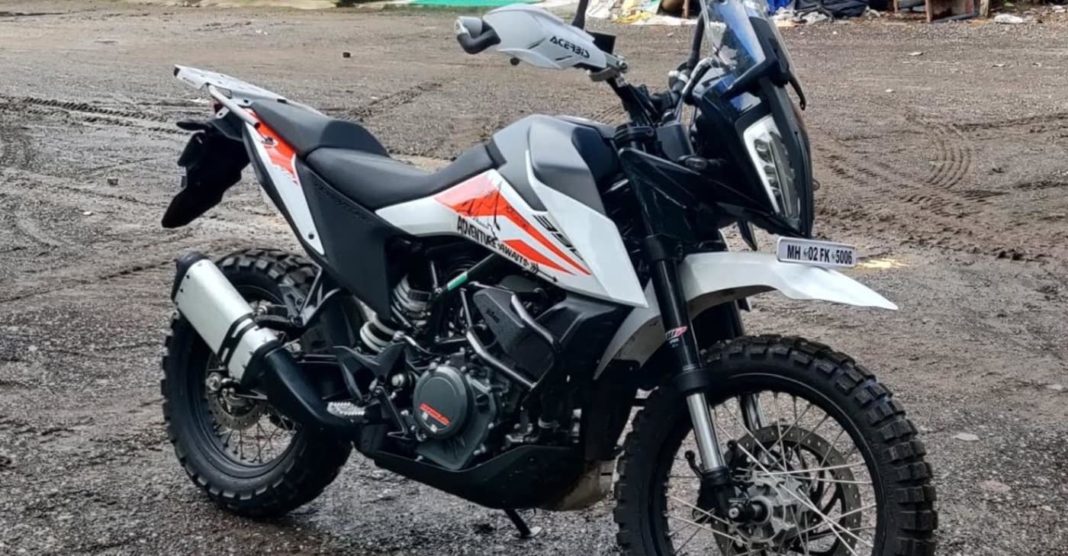 Motorcycle enthusiasts in India today have a lot of choices in the adventure bike segment. At the lower end of the spectrum, we have a Hero Xpulse and Royal Enfield Himalayan. At a slightly higher price point, we have the BMW G310R and KTM 390 Adventure. The former two come with steel-spoke wheels, while the latter two are equipped with alloy wheels.

When it comes to off-road motorcycles, wire-spoked wheels are a much better choice. The primary reason for that is the durability. Steel rims and spokes have slightly better force distribution properties than alloy wheels, due to better elasticity. Cast alloy wheels tend to crack and break a little more easily when subjected to gruelling unpaved surfaces. Forged alloy wheels are much better, but more expensive as well.

Here, we have a KTM 390 Adventure, modified with spoked wheels. The video has been uploaded by ‘HDT Customs’, a custom motorcycle garage based in Mumbai. In the video, the proprietor mentions that the KTM’s wheel hubs had to be changed. He used the hubs from an RE Himalayan, altered to fit the 390 Adventure.

The front wheel is a 19-inch unit, while the rear is a 17-inch one, both shod with Continental TKC80 tyres. The stock mudguard has been cut, and a beak-like unit has been added Apart from the changes to the hub, the motorcycle hasn’t been altered in any way. The disc brake assembly is also unchanged from before. The wheel itself has been sourced from a BS4 RE Himalayan.

While wire-spoke wheels are good for off-road riding, they have one huge disadvantage. Spoked rims cannot run tubeless tyres. In case of a puncture, tubed tyres are a pain to fix, especially if you aren’t close to a garage. Apart from the new wheels, the motorcycle also has a custom-made pannier-mount at the tail section. 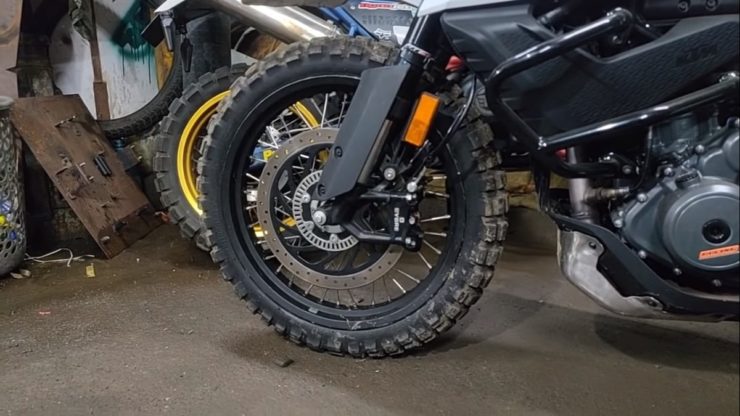 The rest of the motorcycle seems to be in stock condition. No changes have been made to the engine or the transmission of the motorcycle. KTM 390 Adventure is powered by a 373.2cc engine, which is capable of generating a maximum power of 43.5 PS and a peak power of 37 Nm. It has a lot of premium equipment on offer, like TFT instrument cluster, cornering ABS with three modes, bi-directional quick-shifter.