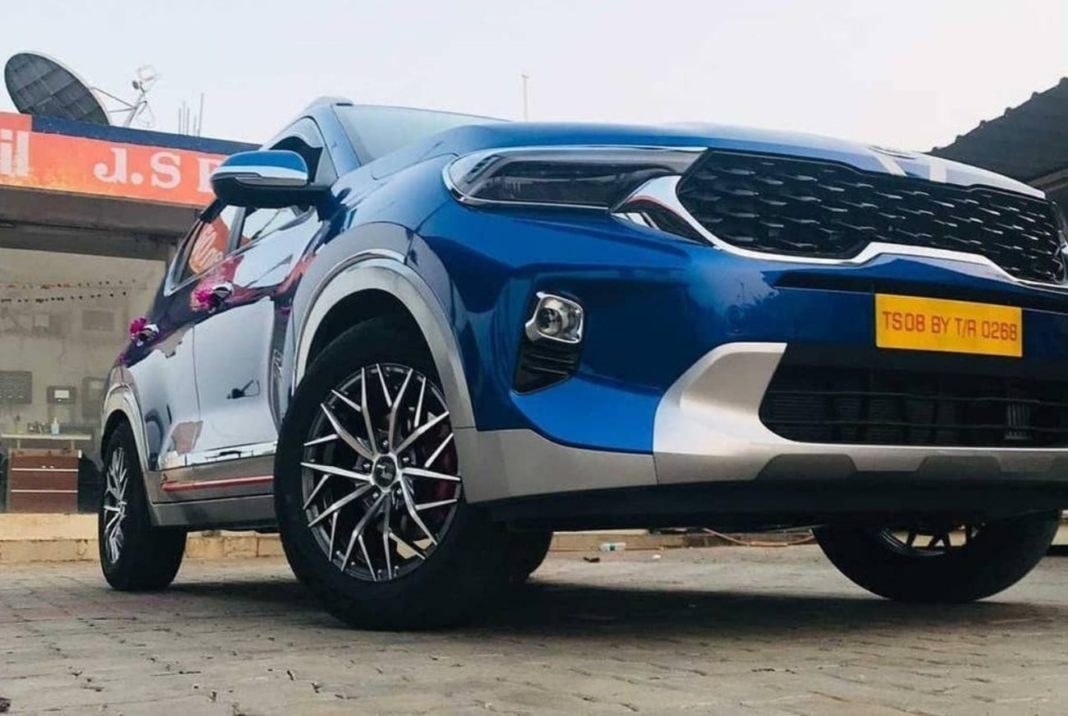 Kia Sonet was launched in India last month, and the vehicle has already managed to break into the top-selling charts. In its debut month alone, Kia managed to dispatch 9,266 units of the Sonet, making it the best-selling vehicle in the sub-4-metre SUV segment. Of course, with such popularity, we’re bound to see a lot of customised examples as well.

Here, we present to you one such modified Sonet, owned by Sami Chand. This vehicle, however, doesn’t get extensive mods, rather all the changes on it are quite subtle. At the front end, you’ll notice that the headlights feature chrome surrounds, which look cool. The black cladding on the front bumper has been replaced by silver-finished ones.

Even along the sides, the black plastic cladding has been replaced by silver-finished ones, which add a premium feel to the vehicle. The car also sports new, larger, multi-spoke alloy wheels. There are additional chrome embellishments on the ORVMs and the door handles, which enhance the exterior styling further. Even though these mods are rather muted and subtle, we like the overall result. 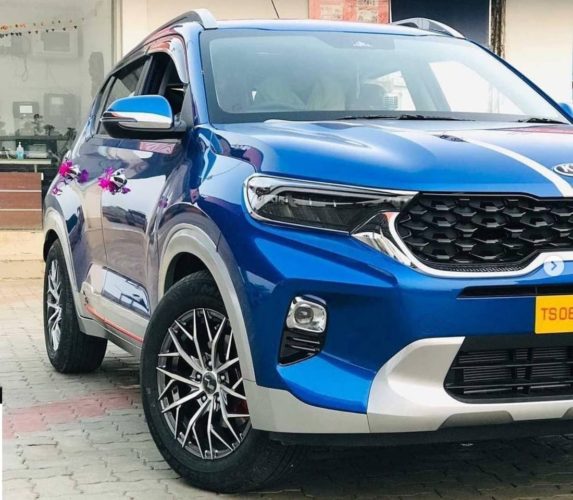 This particular Kia Sonet is the ‘HTX’ trim, which is available with either a 1.5-litre turbo-diesel engine or a 1.0-litre turbo-petrol motor. The former generates a maximum power of 100 PS and a peak torque of 240 Nm, and comes paired to a 6-speed transmission (on the HTX trim).

The 1.0L turbocharged petrol engine, on the other hand, gets develops 120 PS and 175 Nm of peak power and torque, respectively. It comes paired with a 6-speed iMT (intelligent Manual Transmission) on the HTX trim. The iMT is essentially a manual transmission without a clutch pedal, wherein the clutch action is handled by the on-board computer.

The Sonet is also available with a 6-speed torque converter automatic gearbox on the 1.5L diesel engine, and a 7-speed dual-clutch automatic on the 1.0L turbo-petrol motor. Other than that, there’s a 1.2-litre, naturally aspirated petrol engine on offer as well, which generates 83 PS and 115 Nm. The price of the 2020 Kia Sonet ranges from Rs. 6.71 lakh to Rs. 12.99 lakh.