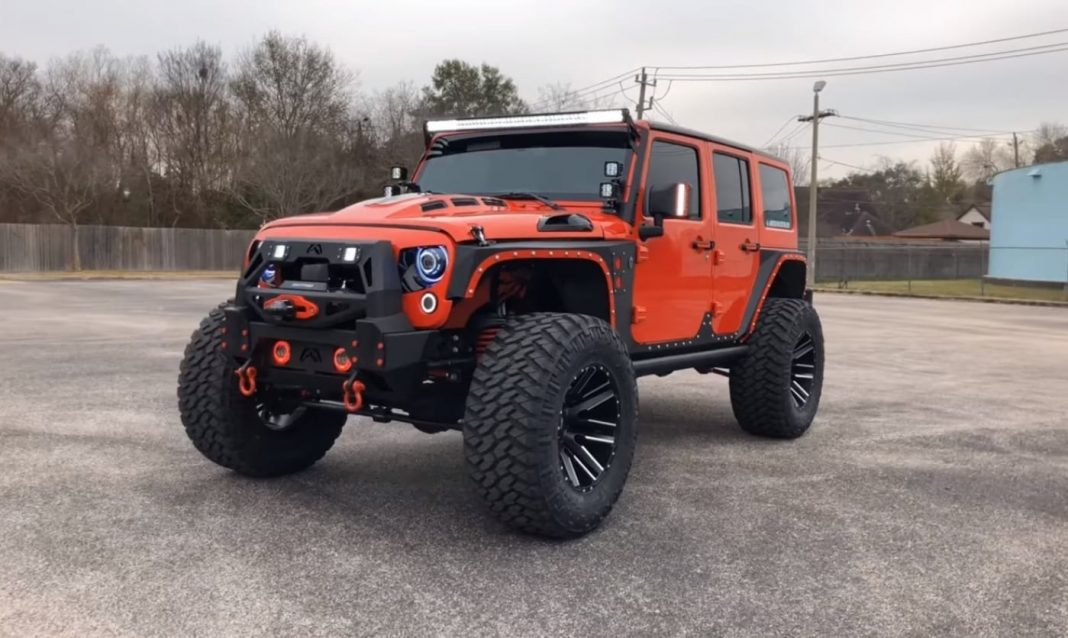 American automaker Jeep is known for building some of the most rugged off-road SUVs of all time. Even today, Jeep’s global lineup consists of plenty of off-road-capable SUVs, like the Compass, Grand Cherokee, etc., with the Wrangler being its most utilitarian offering (along with the Gladiator pickup).

Here, we bring you a modified Jeep Wrangler Unlimited, which has been built by American Custom Jeep. This particular custom model was built back in 2019, and it features a lot of off-road specific mods. At the front, the SUV sports a massive front bumper, with integrated bull bars and integrated LED lights, along with an electric winch and two tow hooks.

The vehicle also gets an angry bird face, along with aftermarket LED headlamps. The bonnet features several air vents, and there are auxiliary lights mounted on the A-pillars and on the roof above the front windscreen. The ORVMs feature integrated LED turn indicators. We also see aftermarket alloy wheels on the vehicle, shod with massive off-road tyres.

There’s black cladding on the fender, on the A-pillars, and at the sides towards the bottom, which gives this custom Wrangler a beefy look. The SUV gets folding side steps as well, which could double up as rock sliders. At the rear, we see a new off-road bumper, with two tow hooks, and two massive exhaust pipes underneath it.

A spare wheel is mounted on the tailgate, and we also see taillight appliqués here. The SUV also features custom off-road suspension, which has increased the ride height as well. The Wrangler is already an extremely capable off-roader, and this modified model definitely improves on those capabilities. 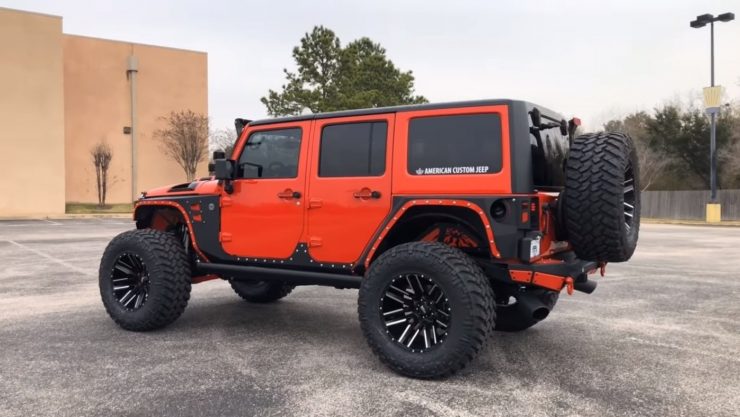 The interior of the vehicle has been customised as well. The SUV gets a red and black interior theme, which looks extremely cool. Other than that, the windows and windscreens feature a dark tint, which goes well with the bright red exterior paint and all other black elements. Overall, this is an extremely impressive custom build, one that looks ready to take on any adventure.