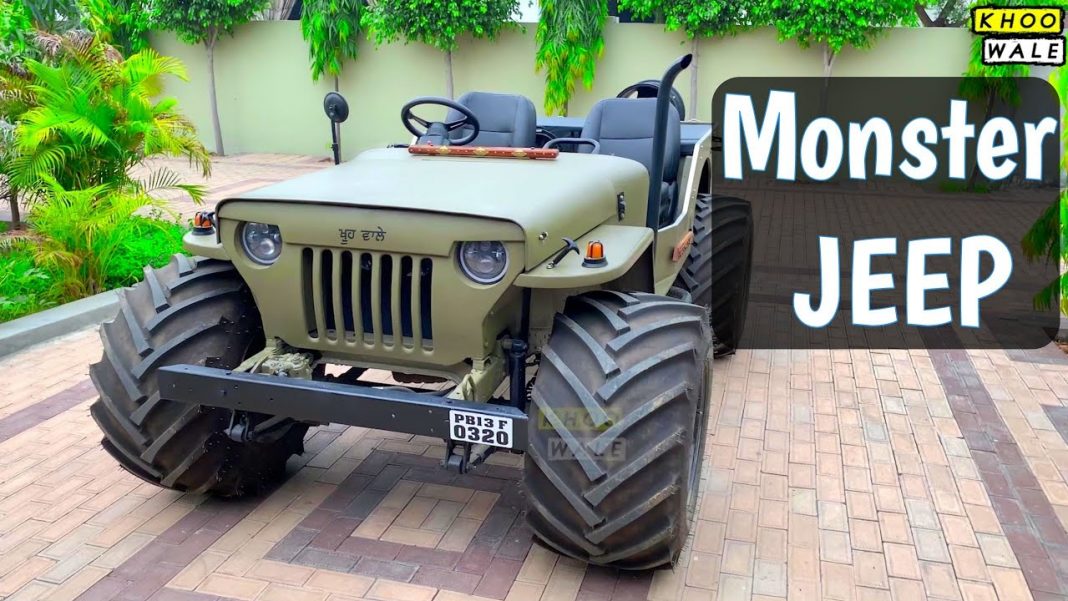 The modifications made to this Jeep include huge custom wheels, an aftermarket audio system, as well as a new turbocharged diesel engine

Old generation Jeeps are one of the most common vehicles to be modified, not only in India, but all around the globe. Even when Mahindra Thar has taken over as India’s favourite offroader, enthusiasts continue to find and customise old Jeeps to make them look out of this world. A video uploaded on YouTube by Khoo wale explains the modifications made to this Jeep in order to make it look this rad. The video also states the approximate cost that was put into this transformation.

What would grab your attention first are the 17-inch super fat tyres, which look like they have been borrowed from a tractor. The tyres are sure to lend the car a domineering road presence, and also grab a lot of attention wherever this Jeep is taken. In order to fit in these humongous tyres, the doors have had to be removed.

Also, the car has been equipped with a new footstep as well as custom wheel that can house these giant tyres. The Jeep has been finished in a matte green camouflage, and sports the iconic seven-slot grille. Apart from that, it also gets new aftermarket projector headlamps.

Since a spare tyre at the back in this scenario seems to be too impractical, the owner makes do with just a spare rim mounted at the back of the car. Other modifications include new more comfortable seats, while the entire rear space has been dedicated to the music system which comprises of two Kicker woofers, two speakers and an Infinity amplifier placed under the co-passenger seat.

This custom Jeep has also been equipped with a power steering, brakes and clutch. The main highlight of this Jeep however, is its turbocharged diesel engine that has been sourced from Toyota. Instead of a conventional exhaust, the one on this Jeep pops out from the co-driver’s side, and resembles the one seen on tractors.

According to the owner of the vehicle, all of these modifications have costed him around Rs 3.5 – 4 lakh. However, as we’ve experienced with countless other modifications in the country involving Jeeps and Thars, passion and desire has always outweighed money.