Gaadiwaadi.com
Home Cars News This Modified Honda Civic With Type R Body Kit Is One Of... 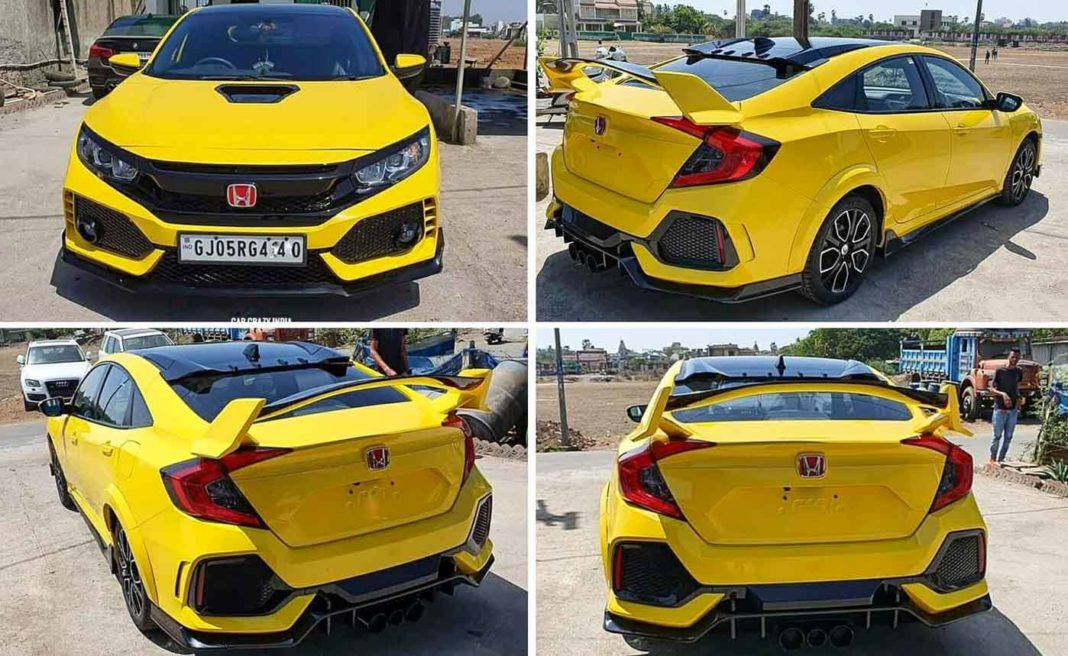 Honda is famous for its Type R performance variants across the globe as the regular Civic is pushed to its limits to eke out the best driving experience while not compromising too much on practicality. The Type R gave way to exclusive Mugen editions but it is another topic to discuss as I tend to digress. The potent Type R bits were first implemented on a Civic in its sixth generation back in the late ’90s.

Since then, the Japanese manufacturer never looked back as Type R has been revered by performance enthusiasts seeking affordability. Following a long hiatus of more than six years, Honda introduced the tenth generation Civic in the Indian market in early 2019 and it quickly rose to success in no time by becoming the best-selling model in its segment.

Unlike India though, the Civic nameplate is offered in hatchback, Si coupe and sedan guise in the international markets. Thus, the Type R treatment carries plenty of weightage for the brand. Generally speaking, the hardcore Type R Civics get stiffened chassis, tuned suspension and engine, recalibrate ECU and engine mapping, upgraded brakes and changes to other performance bits with contrast red calipers. 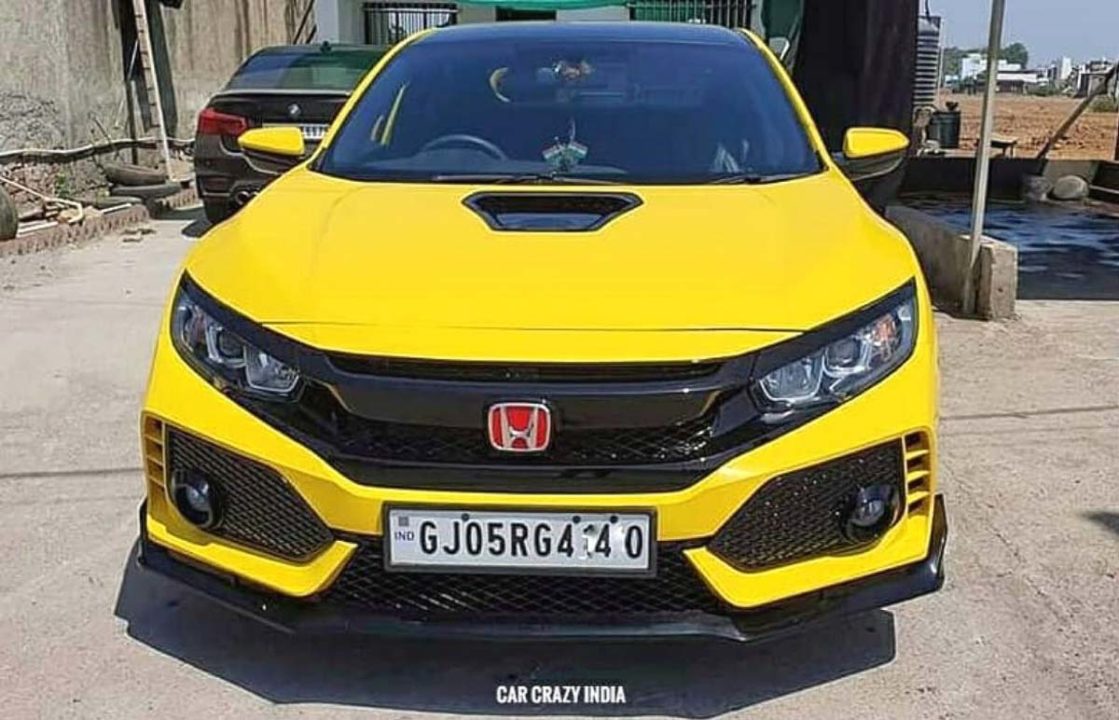 Special decals, body kits, exclusive interior elements and badges cannot be ruled out the equation either. However, in India, the Civic is sold only in a regular trim and it does not hamper an owner from customising his premium sedan to look like a Type R version.

The metallic yellow paint scheme is complemented by the aggressive body kit seen across the front, sides and rear of the Civic. There is a black hood scoop in the middle and the front fascia comprises of black finished grille and Honda badge finished in contrast red colour. The C-shaped black fog lamp cluster narrows and it has fake vents to let the air in. 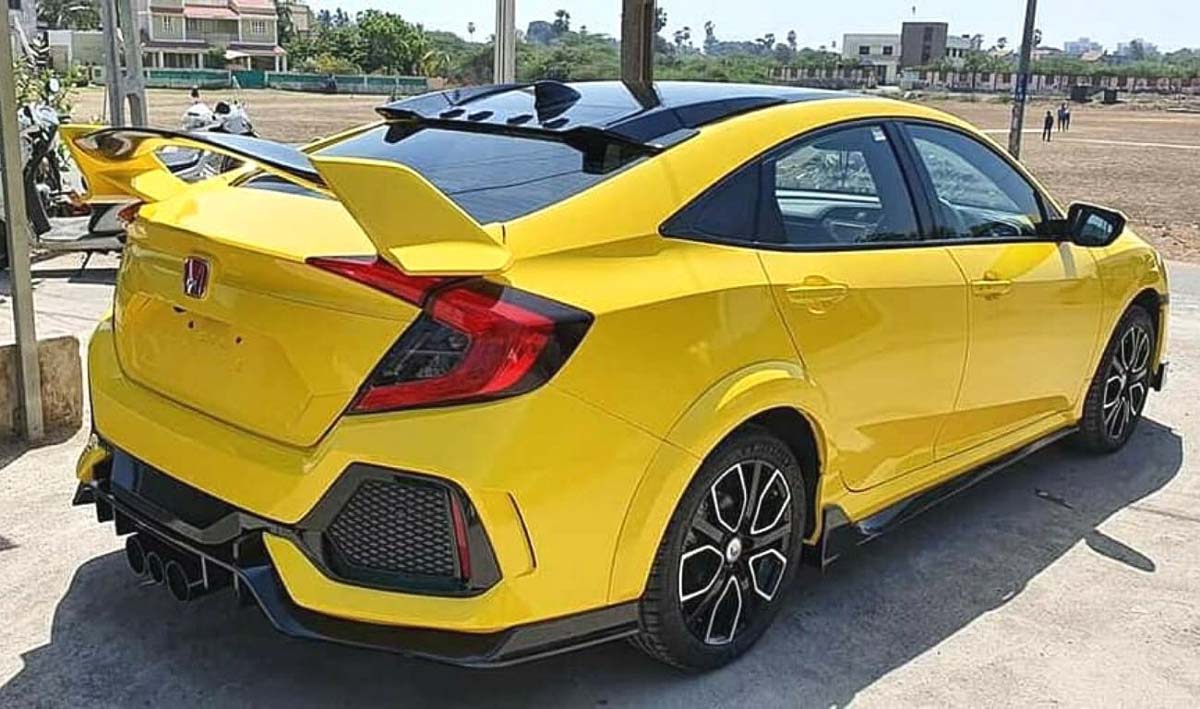 Other design highlights include piano black roof with black shark fin antenna, aerodynamic bubble bump, newly designed machined alloy wheels, a massive twin-blade rear wing as in street cars, faux black diffuser and slightly smoked tail lamps. No details on whether any mechanical changes are made or not to this modified Civic with Type R body kit.