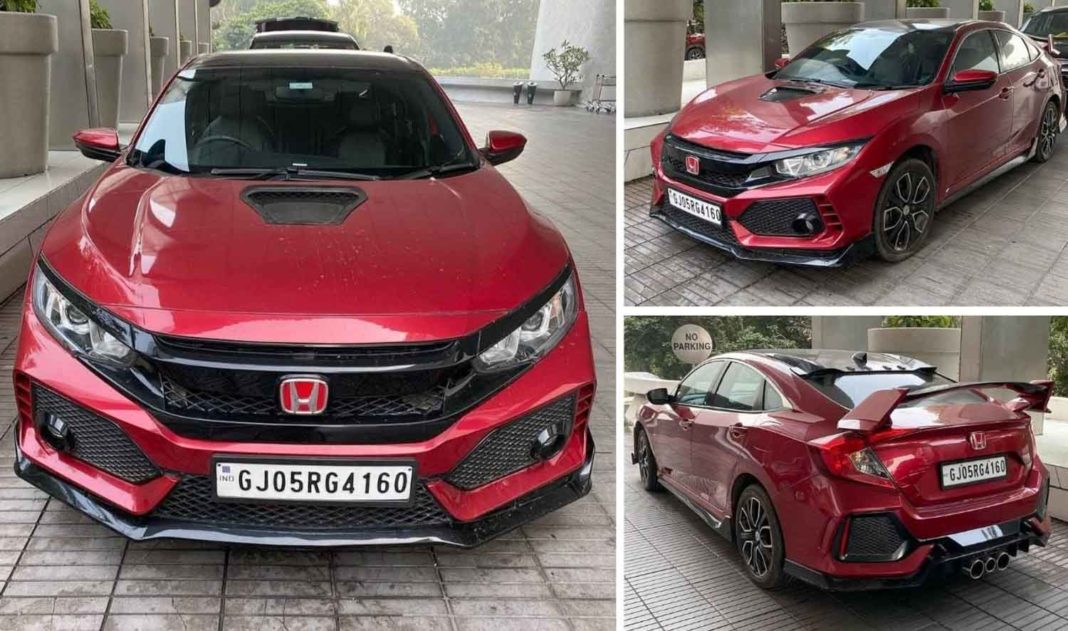 The Civic nameplate is popular in India for so many years and following a long hiatus of more than six years, the tenth generation version of the sedan debuted at the 2018 Auto Expo and it went on sale in March 2019. The sales numbers of the existing Civic are of segment leading standards despite the affinity towards the sedans is on a low in recent years.

Across the globe, the Civic has been around for decades and there are a number of reasons for its success. Primarily, the sporty handling characteristics infused with the practicality of the Type R version is amongst the highlights, and the i-VTEC petrol engine is worldly renowned as well. The Civic is sold in different body styles including a hatchback and Si Coupe elsewhere.

However, the Civic Type R variant has attained benchmark status across generations as its relatively affordable price tag and aggressive looks with added exterior enhancements make it a package for every driving enthusiast and no wonder it often gets sold out. Honda Cars India has stuck to offering the Civic as a sedan in India and you cannot blame them as the Type R would ask for a higher premium. 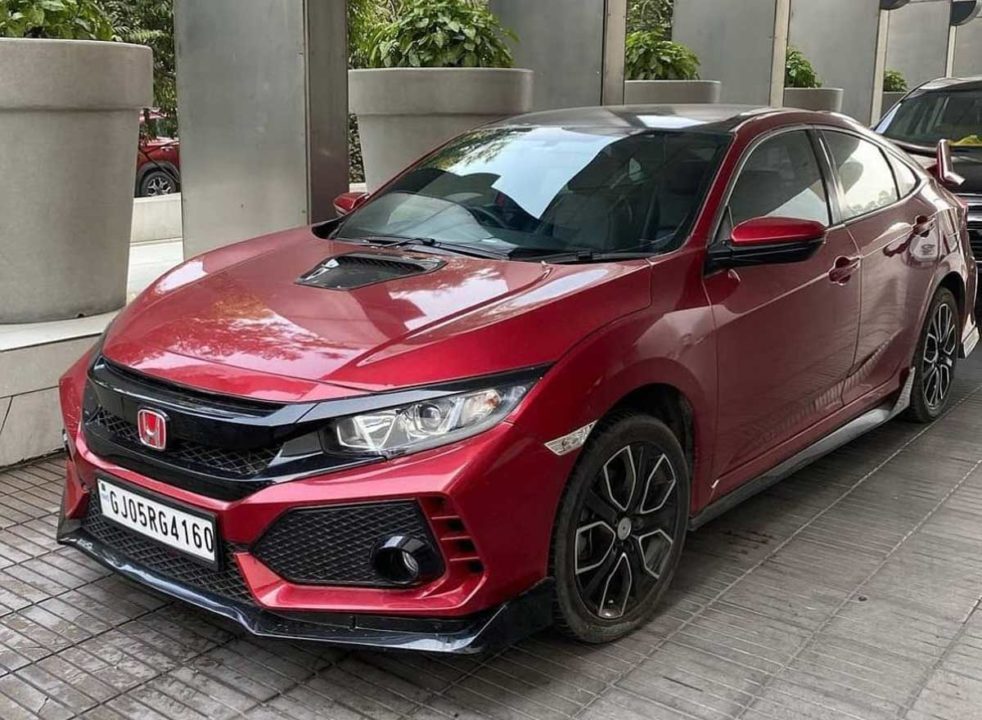 It does not stop the enthusiastic Civic owners from transforming their cars to give a flamboyant look though as you can see in the images here. Since the stock Type R gets body kits and enhanced styling over the standard model, bringing authenticity into the mix would not be a problem on the tenth-gen Civic. As you can see, the Radiant Red Metallic paint job goes well with the overall customisation.

Up front, the bumper kit has larger air inlets and lower black lip spoiler along with black surrounds for the circular fog lamps. The blackened hood scoop as well as the piano black surrounds to the headlamps and grille adds to the glitter of the custom Honda Civic Type R. Barring the black side skirts and new set of two-tone machined wheels, the side profile remains identical to the standard model. 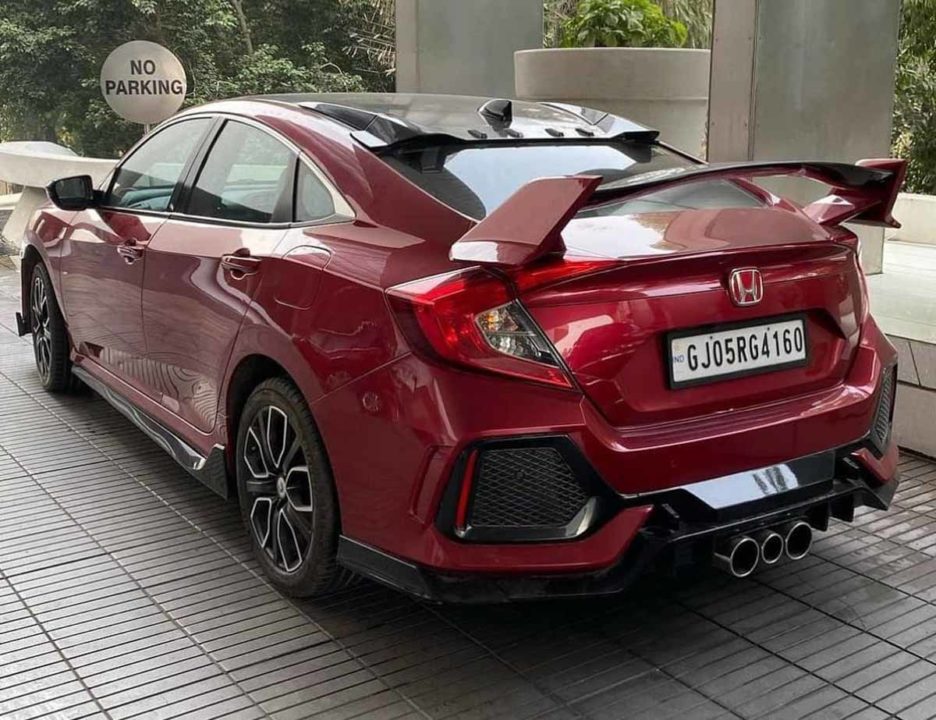 At the rear, the bodykit has a bumper with larger air outlets and black diffuser section in the middle with triple exhaust tips. The massive boot integrated spoiler catches attention alongside the roof done up in black and double bubble spoiler. Credits are due to the custom firm and the Civic owner for making this a genuine Type R lookalike.