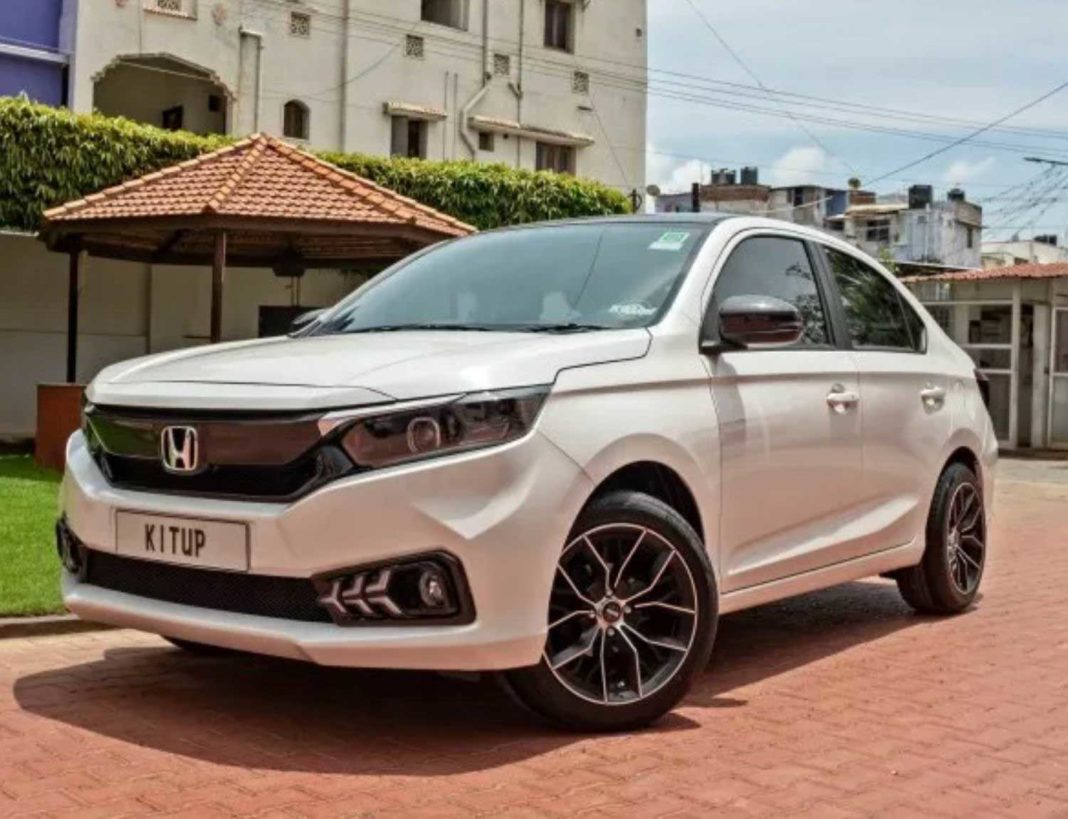 The Amaze is Honda’s highest-selling car in India, and the car also happens to be one of the most popular sub-4m sedans in the country. Hence, a modified Amaze would be a pretty common sighting on the roads. However, we can assure you that this Amaze, which has been modified by KitUp! Automotive, will surely ‘amaze’ you.

At the front, the Amaze’s thick chrome grille has now been covered in carbon fibre. The bumper remains the same, but now gets Y-shaped LED DRLs, which seem to be inspired from Lamborghini’s LED detailing. The headlamps feature a new projector setup, and have been blacked out.

Moving to the side, the first thing you’ll probably notice are the sporty looking alloy wheels. It’s safe to say that apart from the carbon fibre treatment on the outside rear view mirrors, the alloys are the only addition that’s been made to the side profile of the car. 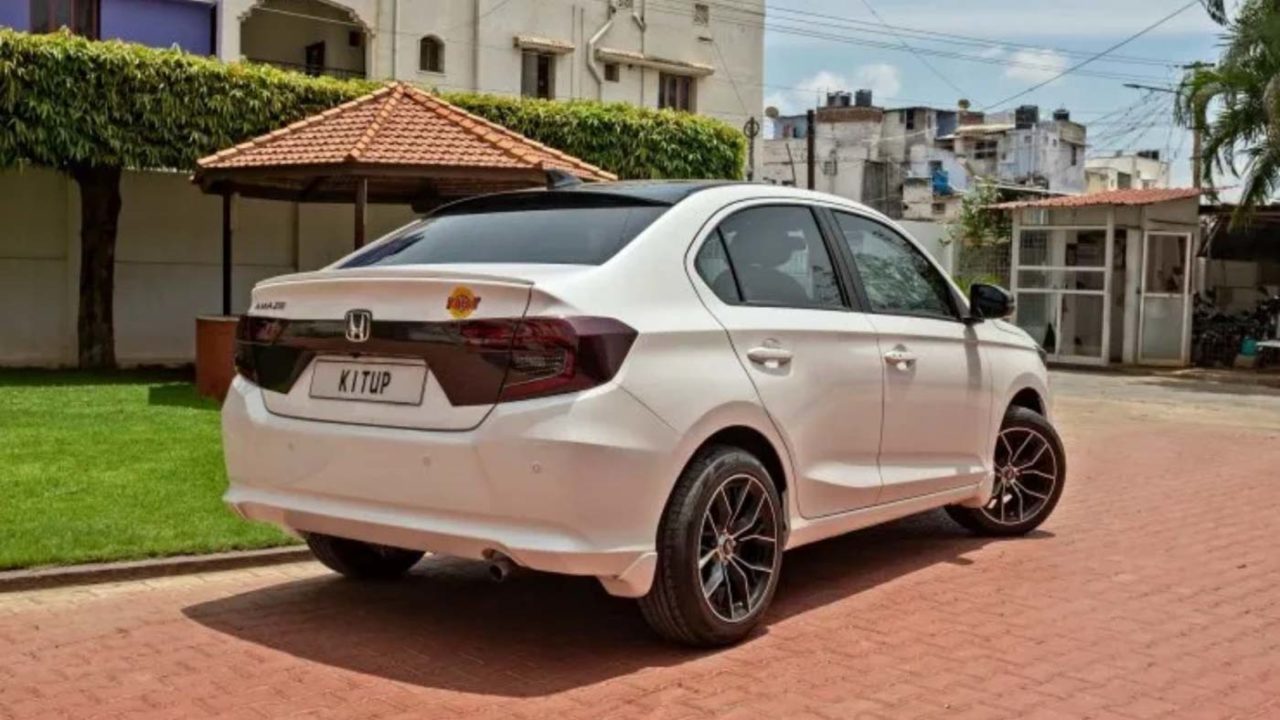 At the rear, the car’s tail lamps have been smoked as well. The boot lid of the car gets a carbon fibre strip, flanked by the tail lamps. The carbon fibre strip looks like it is an extension to the OEM tail lamps, and makes them appear bigger. Apart from that, the car also sports a lip spoiler on the boot lid.

The roof of the car has been blacked out, and it also gets a black shark fin antenna. Inside the cabin, the car gets an all-black theme. The carbon fibre treatment from the exteriors continues inside the cabin as well, around the AC vents, infotainment system, as well as the dashboard. Overall, the interiors of the car look plush. 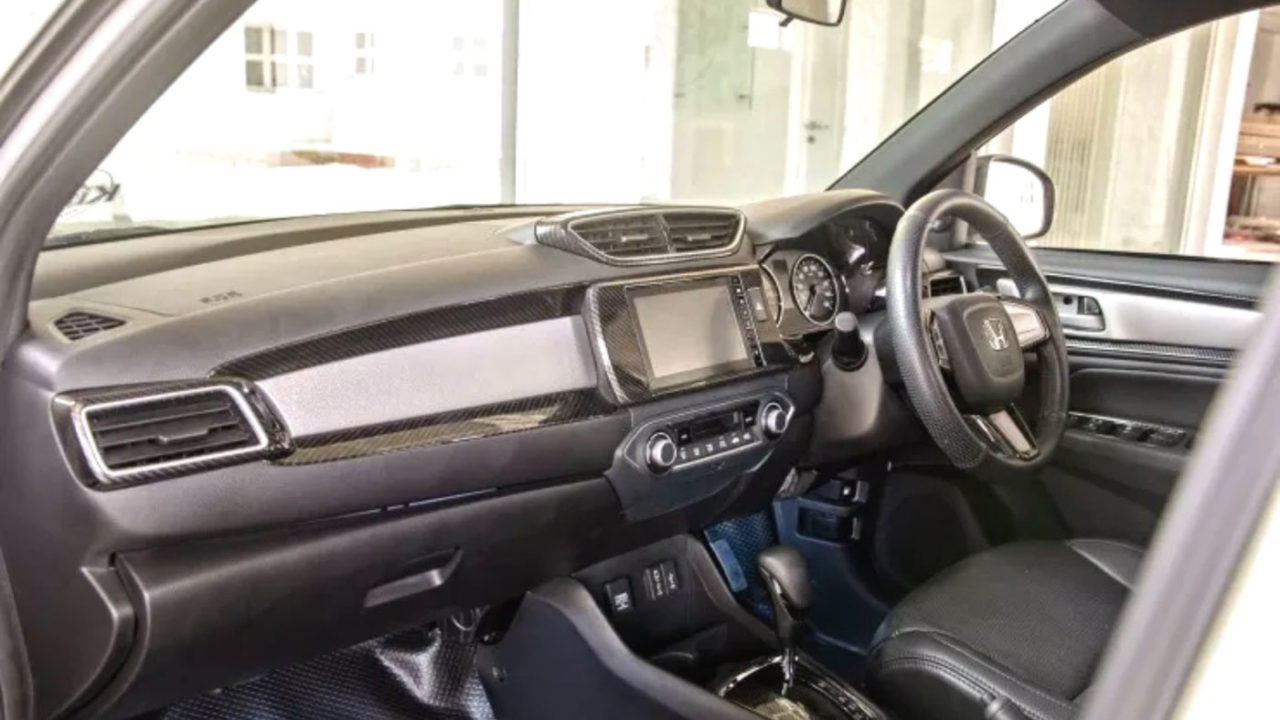