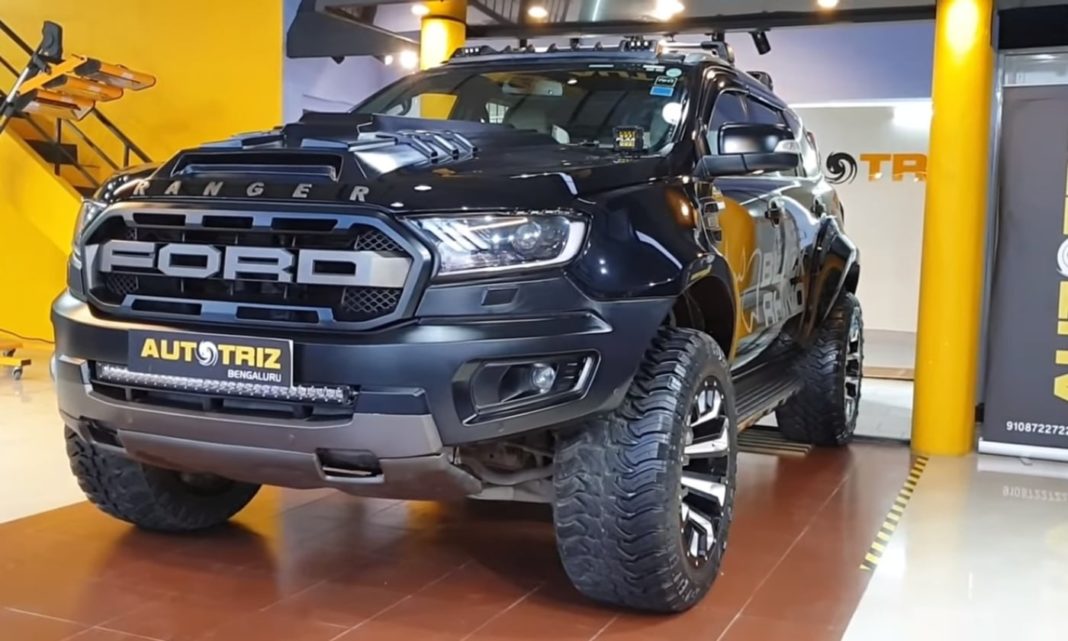 Check out this heavily customised Ford Endeavour, which looks like a small monster truck, thanks to plenty of aesthetic upgrades on it

Ford Endeavour is one of the oldest large SUVs on sale in India, first introduced back in 2003. The vehicle enjoys a lot of fan-following in our market, mainly due to its brilliant off-road capabilities. The current-generation model was launched here in 2016, and it has remained largely unchanged, except for the BS6 update last year.

Even though the Endeavour isn’t as popular as its Japanese rival, Toyota Fortuner, it has strong aftermarket support in India. As such, there are several mods available for it, and we’ve come across plenty of customised examples over the years. Here, we bring you another modified Ford Endeavour, which looks like a hardcore off-road machine. The video, uploaded by BMC HD Videos, gives us a close look at this beast.

At the front end, the SUV gets a new front grille with bold ‘FORD’ badging on it. The headlamps feature additional integrated LED DRLs, and a ‘RANGER’ badge has been added on the nose. The vehicle also gets a custom bonnet with a faux hood scoop, which looks very butch and muscular. The stock front bumper has been replaced by an off-road unit, with sports an integrated LED light bar.

At the sides, the biggest noticeable changes are the 20-inch Black Rhino alloy wheels, shod with wide 33×12.50 inch tyres. The SUV also features sculpted fenders, and we also see a pair of additional auxiliary LED lights on the hood and another pair on the roof at the front. This customised Endeavour also gets aftermarket roof racks, which add practicality to the mix.

At the rear, we see a chrome bar running horizontally on the tailgate, with light-up ‘EVEREST’ lettering on it. The taillights sport piano black embellishment and the rear bumper features aftermarket LED rear foglamps. The vehicle also gets a pair of aftermarket C-pillar-mounted taillights, which look quite cool. 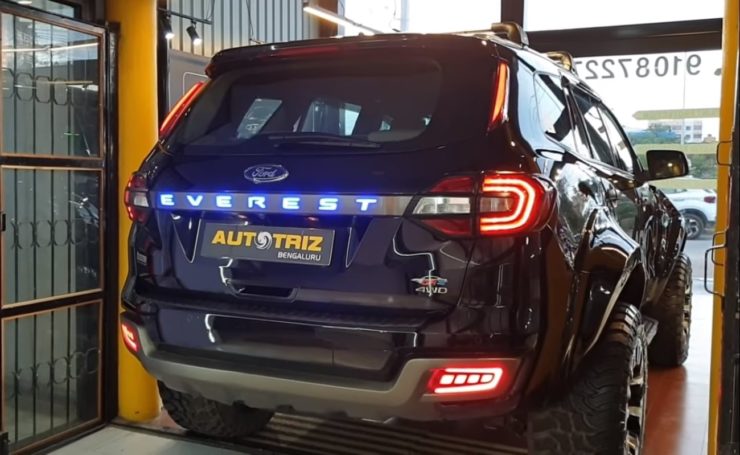 Overall, the exterior design is quite impressive, albeit extremely busy. The video also gives us a brief glimpse of the interior, which seems to be in stock condition. This particular model is an older version, powered by a 3.2-litre turbo-diesel engine, which generated 200 PS and 470 Nm. Sadly, we aren’t aware of any changes made to the engine or suspension system, in order to improve the performance of this off-roader.