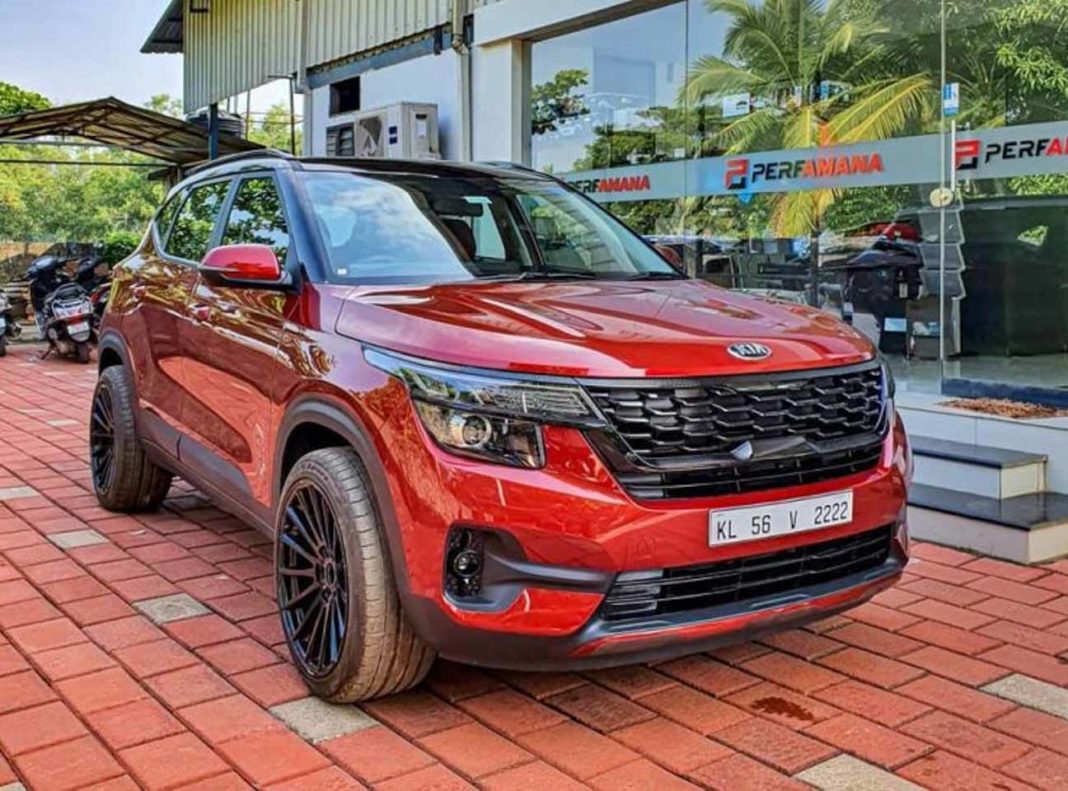 Kia Motors India has made a compelling impact in the domestic market with the Seltos. The mid-size five-seater was the most sold SUV in the country last month and helped the South Korean brand to beat some of the established automakers in the overall sales table over the last few months.

Since the Seltos has been around for only a few months, we have not seen any mouth-watering modifications of the SUV but some owners are making moves to customise their Seltos to differentiate themselves from the crowd. Here we have one such example from Kerala.

A Calicut-based custom shop called Perfamana has worked its magic on the Seltos. The Wine Red colour scheme offered on the SUV is complemented by blackened A-, B- and C-pillars as well as roof, rear integrated spoiler and the roof rails. The black wheel arch cladding, rear bumper and front lower bumper are other major highlights. 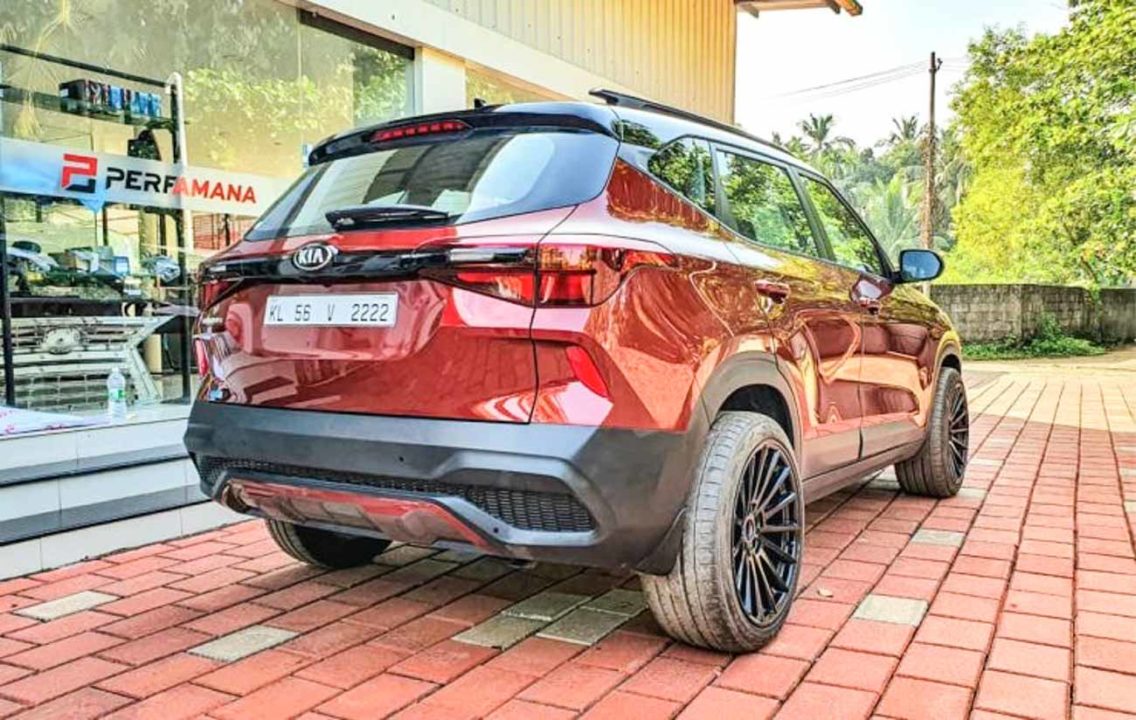 The modified Kia Seltos, basically improved on the top-spec version, rides on wider tyres and multi-spoke black-rimmed TSW Chicane wheels of 19-inch size. The front grille is also done up in black, as does other frontal elements with the same glossy touch. The interior comes with red coloured quilted leather seats to add to the drama on the outside.

No mechanical changes have been made to this custom Kia Seltos. As for the performance, the SUV uses BSVI compliant petrol and diesel engines right from the word go. The 1.5-litre four-cylinder petrol motor develops 115 PS and 142 Nm and is mated to either a six-speed manual or a CVT transmission. 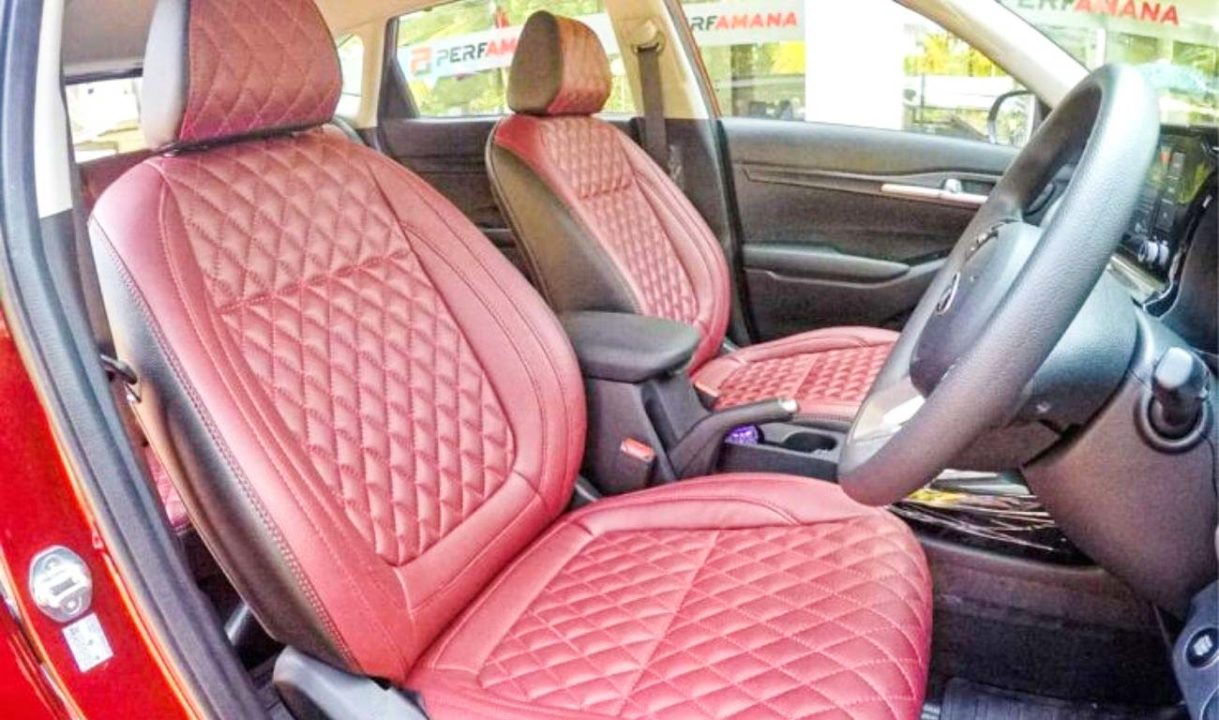 The 1.5-litre turbo diesel, on the other hand, produces similar power of 115 PS and maximum torque of 250 Nm. It is paired with a six-speed manual or a six-speed AT. The range-topping 1.4-litre turbocharged petrol in the GT Line trim kicks out 140 PS and 242 Nm and is connected to a six-speed MT as standard and an optional seven-speed DCT.