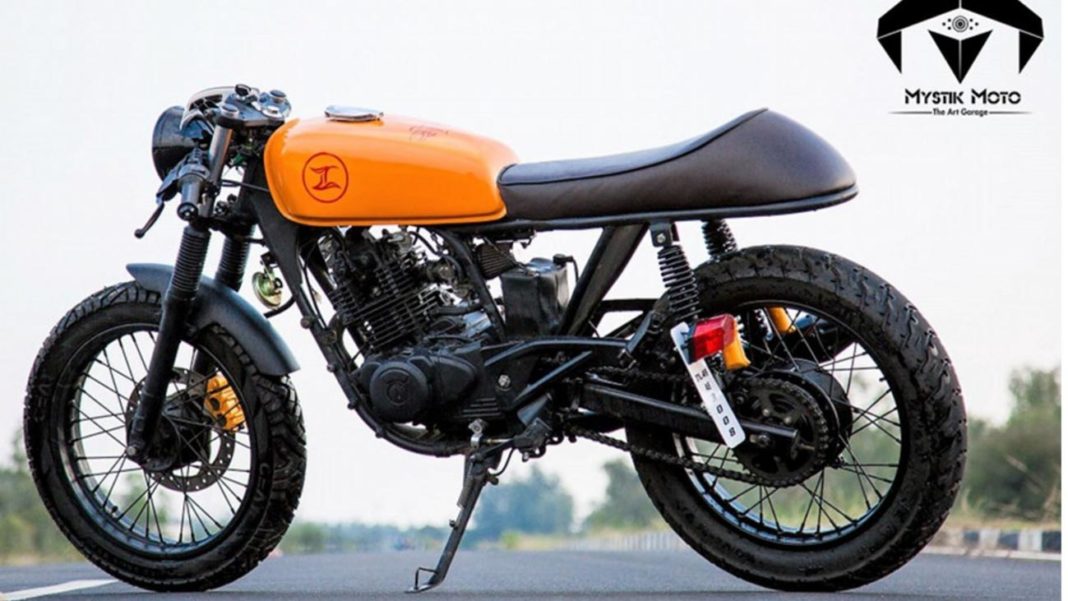 Mystik Moto has come up with a café racer that is based on a modified Bajaj Pulsar 180, it carries many design modifications but the mechanicals have been left stock

As per its creators, this modified Bajaj Pulsar 180 offers a unique way of ‘expressing free on the road.’ This custom motorcycle has been done up by Mystik Moto and offers a typical café racer look. The highlight of the visual package is the lean body design and a single seat layout.

The totally modified Bajaj Pulsar 180 is built on an updated version of the stock motorcycle’s platform. While the front half of the chassis has been left intact, the rear has been chopped in accordance with the café racer styling. The muscular fuel tank has been replaced with a sleeker, slimmer, retro-styled unit. 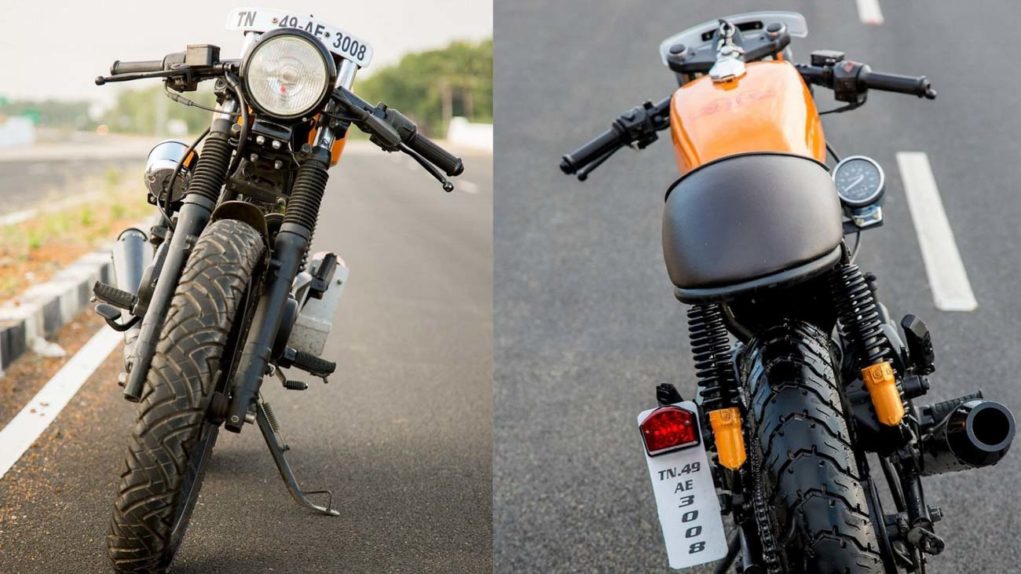 Other modifications carried by motorcycle include a custom exhaust, a side-mounted speedometer, a flat seat, new clip-ons and wider tires. The modified Bajaj Pulsar 180 offers a higher ground clearance, which, again, goes with the café racer styling. 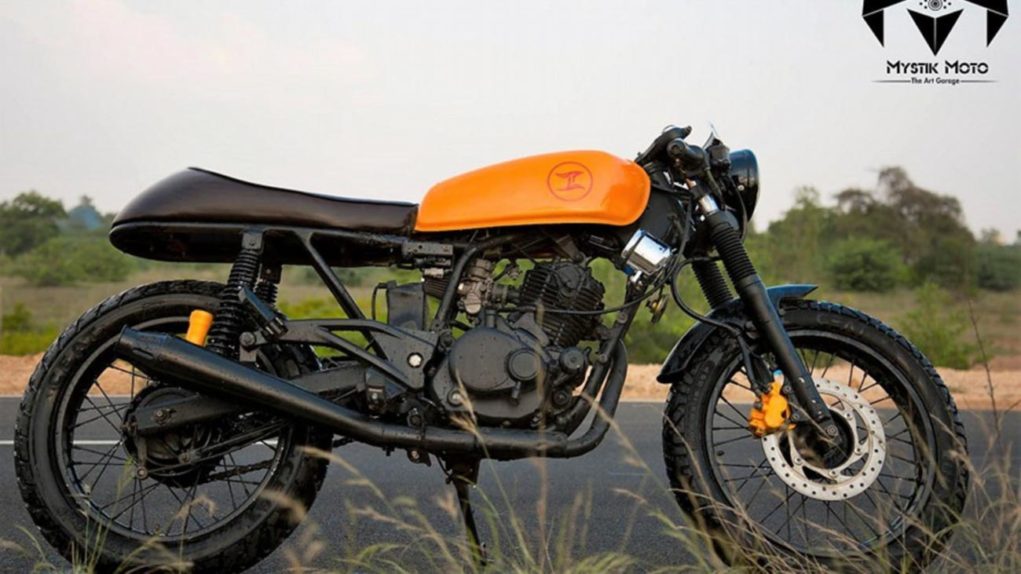 The motor comes mated to a 5-speed transmission. While the stock motorcycle weighs 145 kg, this modified Bajaj Pulsar 180 has all-metal parts, which would have resulted in some weight gain.