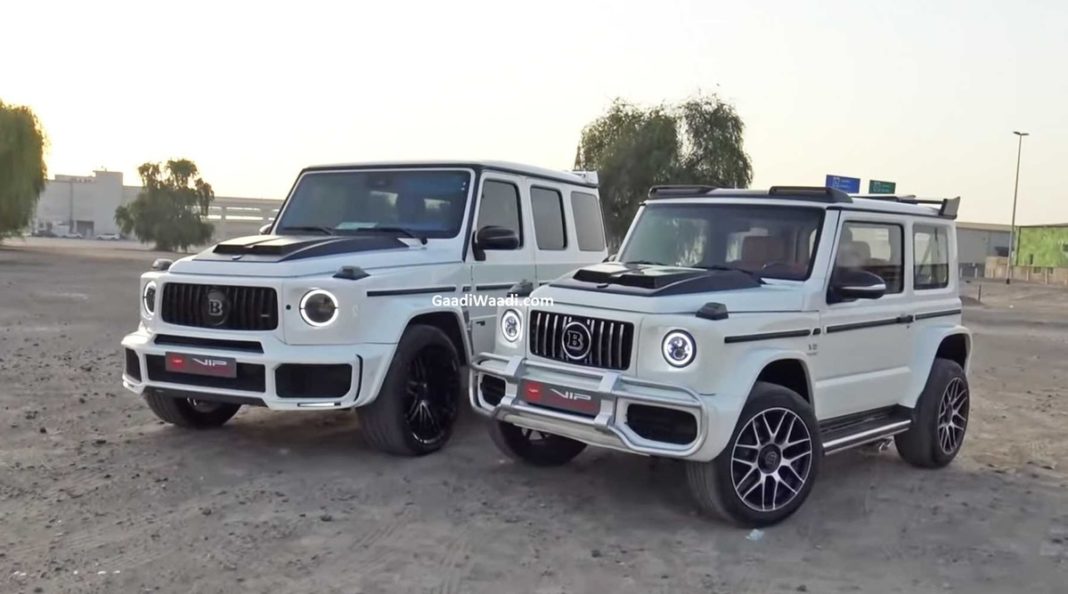 Here, we have a modified Suzuki Jimny that has been built to look like a Brabus G-Class for one-tenth of the price

Suzuki Jimny is one of the most popular off-road vehicles in the world. It is light, compact, and most importantly, extremely affordable, all of which are quite desirable characteristics! It also offers Suzuki’s AllGrip all-wheel-drive system, which gives it great off-road prowess.

Here, we have a modified Suzuki Jimny, which wears fake Brabus body kit. The little SUV has been meticulously customised to look like a mini-G-Wagen. To be honest, barring the size difference, this Jimny actually manages to look the part! A side by side comparison, as done in the video, showcases how well the mod job looks standing beside the real deal.

The video was uploaded by ‘Supercar Blondie’, an Australian automotive vlogger. In the video, it is explained that Brabus does not make body kits for any Suzuki cars, let alone the Jimny. Also, the origin of the body kit is not covered in the video. That said, the level of detail on the car is too high, and we’re sure many people will be convinced otherwise if not explicitly told.

There are plenty of design highlights on this customized Suzuki Jimny. The front end of the car gets a blacked-out grille with vertical chrome slats and a ‘Brabus’ logo. There are two round headlamps get projectors with angel-eye LED DRLs. The blacked-out hood-scoops and roof-scoops are a brilliant touch.

The side profile features the same black stripe running below the shoulder-line as the G-Class SUV. The alloy wheels are also new, probably upsized from the 16-inch on the stock car. The rear section of the car gets a roof-mounted spoiler and a tail-mounted spare wheel, which add even more muscle to the design. The cabin of the Jimny has been completely redesigned, with an orange-on-black colour scheme. 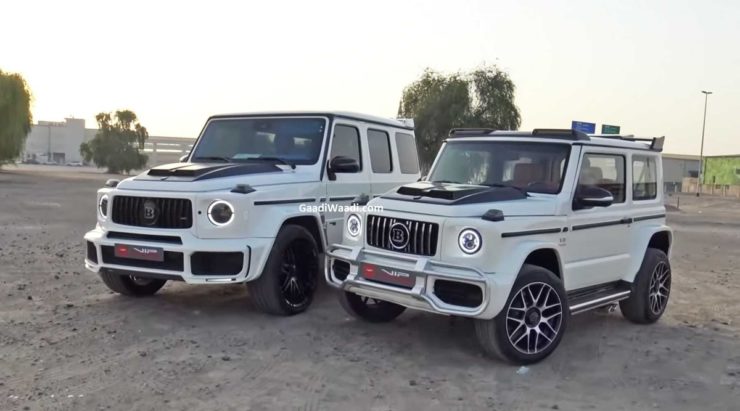